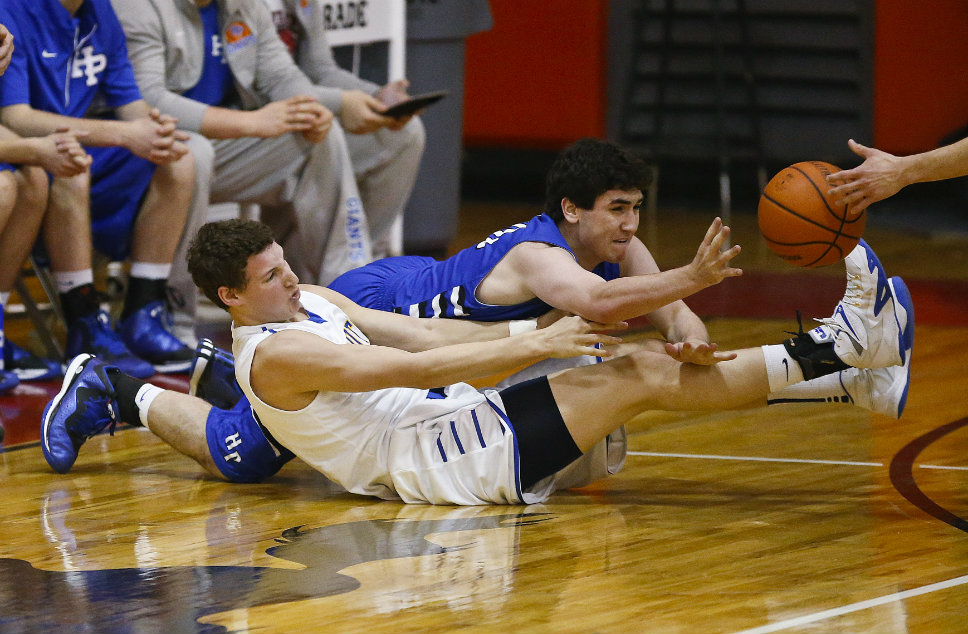 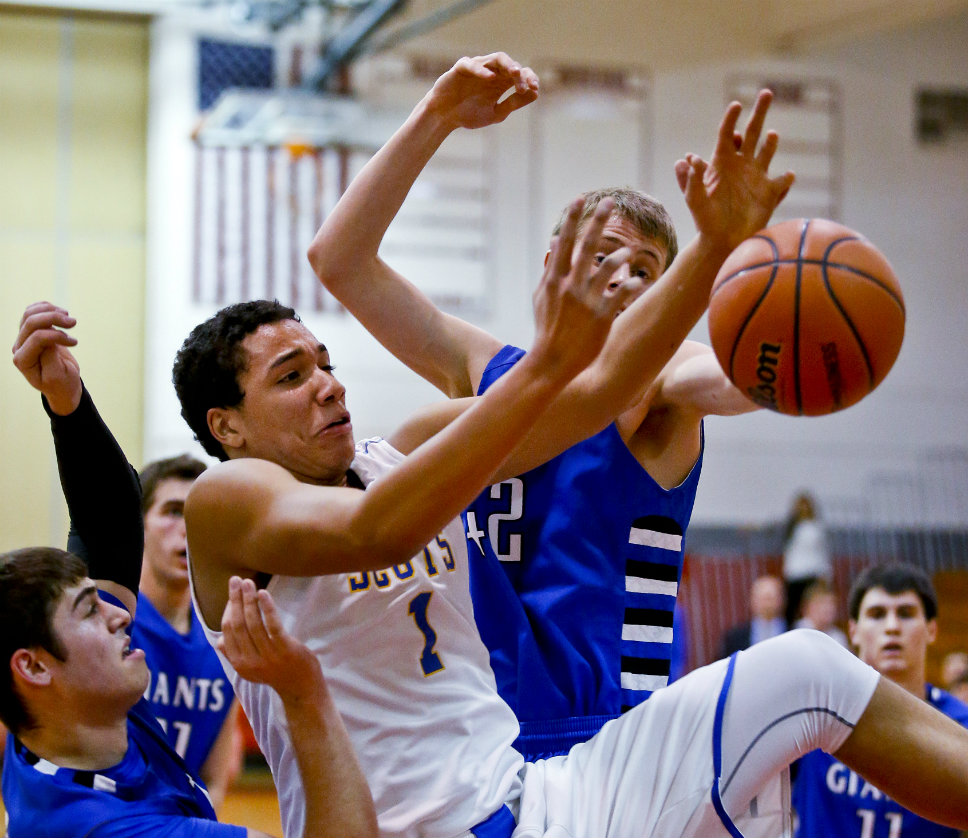 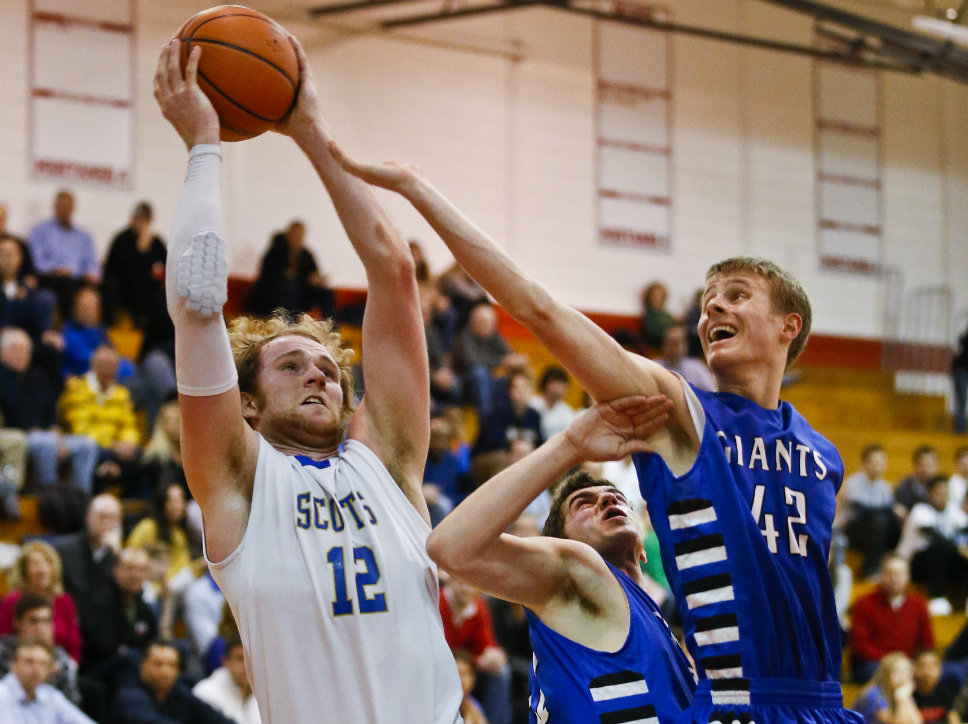 Lake Forest’s Evan Boudreaux (No. 12) works for a shot against HP’s Jordan Krawitz and Hallvard Lundevall. Photography by Joel Lerner 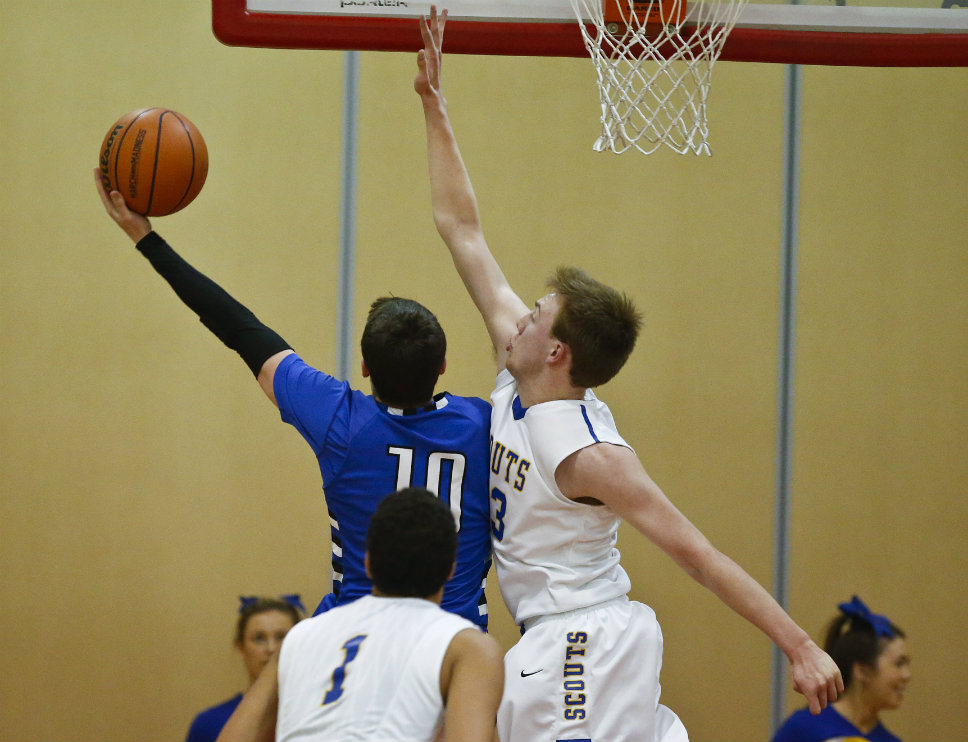 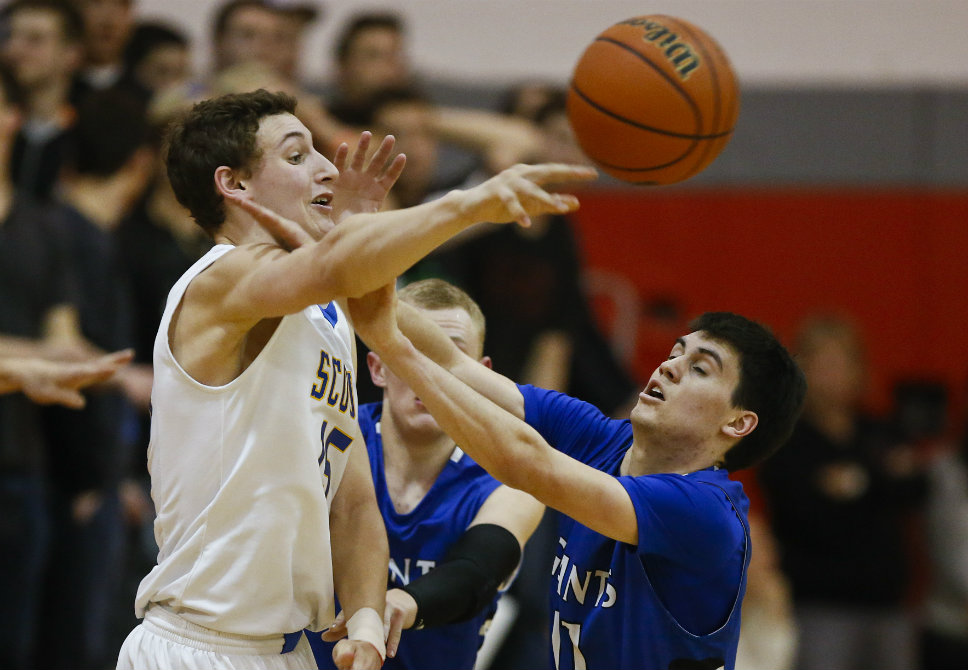 Lake Forest’s Noah Karras gets a pass off while being defended by HP’s Luke Norcia. Photography by Joel Lerner 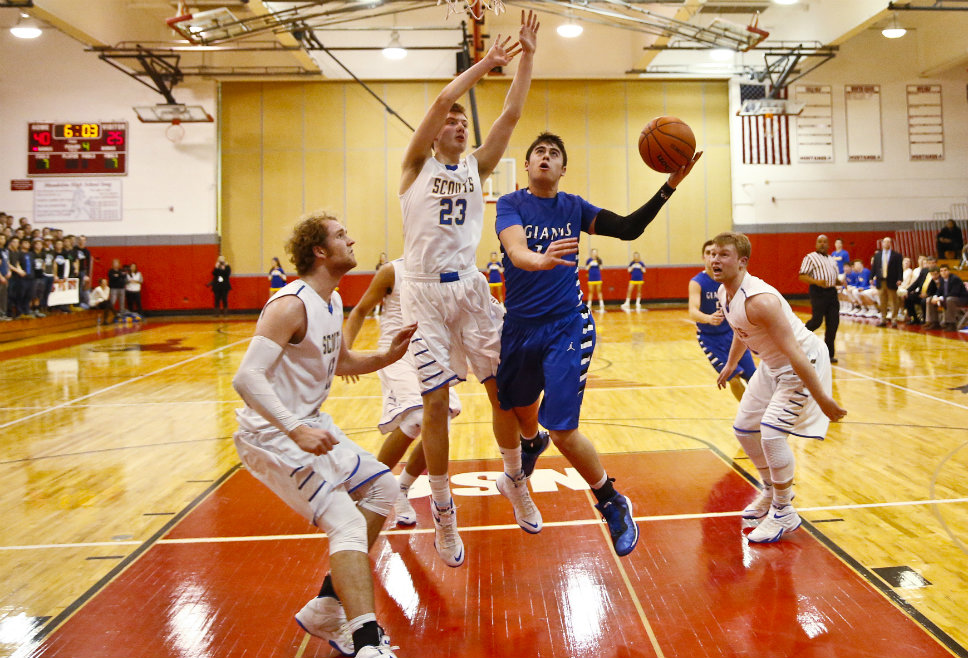 For the third time this season, Lake Forest High School got the best of Highland Park.

The Scouts (27-2) eliminated HP from the postseason with a 53-32 decision in a Class 4A regional title game at Mundelein High School on March 6.

Meanwhile, the Scouts will take on Evanston on March 11 (7:30 p.m.) in a sectional semifinal game at Waukegan.

Sound Bites: “Our guys did an outstanding job of defending and keeping their composure (after leading 9-8 following one quarter),” said Lake Forest head coach Phil LaScala.

“Boudreaux and Karras get a lot of recognition, but Lake Forest has a lot of very good players,” said Highland Park head coach Paul Harris.