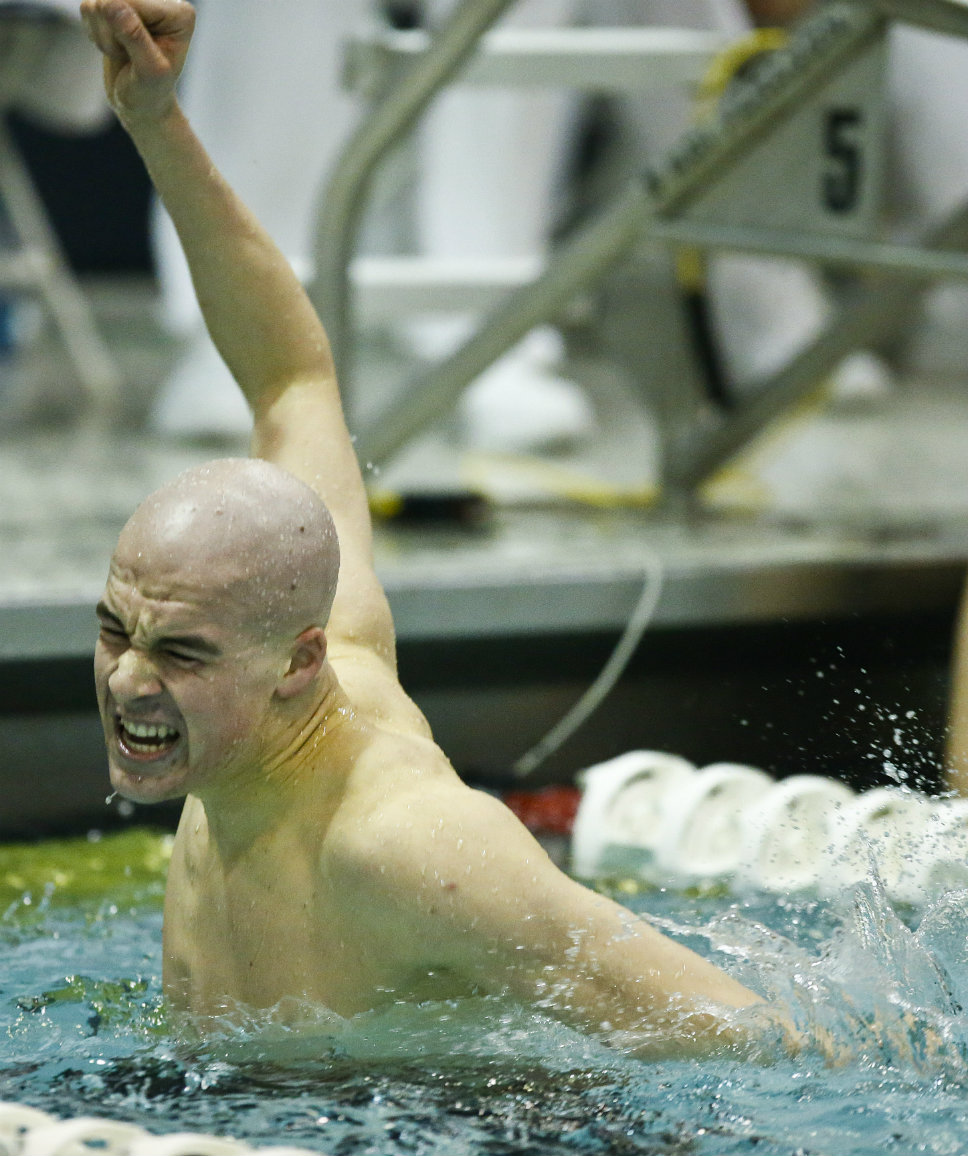 New Trier’s Murphy McQuet celebrates his win in the 200 free at state. Photography by Joel Lerner

“My legs … they’re roasted,” McQuet said to a teammate.

He was trying to eject the pain out of his legs at the state meet on Feb. 28. The pain got there during the 100-yard freestyle. The pain did not want to go anywhere.

What had to soothe McQuet’s noticeable discomfort, somewhat, was elation. The Trevian had won the 100 free in 44.79, hours after topping the 200 free field with an electric time of 1:37.71.

“Two-for-two,” NT coach Josh Runkle said to his anguished/satisfied star swimmer after the 100 free. “That second one didn’t look as fun as the first one.”

“Should be emotional,” McQuet, his legs having quieted down, said of his final 100 yards as a Trevian. “Only 100 more yards … weird.”

Murphy McQuet … marvelous. M-squared generated 32 team points all by himself at state and was a part of a combined 50 points in two relays. NT finished with 103 points (fifth place), missing a state trophy (top three) by 10 points. Glenbrook South and Naperville Central tied for third place (113 points apiece) behind Peoria Notre Dame (114) and champion Hinsdale Central (126).

Runkle stood poolside after the meet, spent and pleased. The topic of McQuet surfaced. Runkle pounced. Runkle wasn’t too spent to spew praise.

“I wouldn’t want to race Murphy, in anything,” the Trevians’ first-year coach said. “I wouldn’t want to go against him in a 10-yard dash, in a race to count to 10, in a race to say the alphabet. What he did this weekend, we [Runkle and his staff] saw it coming. He wasn’t so sure; he thought his [regular] season was sporadic. But he sure pieced it together. He put everything together this weekend.”

“I was a bit disappointed last year,” Robertson admitted. “I wasn’t sure what to expect this year. Our coach tells us to think of the 500 free as a sprint. Reaching 1,000 yards in a race, that’s when you don’t have to consider sprinting anymore.

Notable: McQuet finished third in the 200 free (1:40.54) and eighth in the 100 fly (50.76) at the state meet last winter. … New Trier junior Charlie Gentzkow finished runner-up in three events for athletes with disabilities at state last weekend. He also placed third in the 50 free (29.0, more than one second faster than his seed time). All three of his times in the other races — 2:21.65 in the 200 free, 1:02.91 in the 100 free and 1:30.54 in the 100 breaststroke — were faster than the seed times he clocked at a sectional meet on Feb. 21. … McQuet wore a 97 on the sleeve of his NT warm-up top. The number doubled as one of his goals this winter. He achieved that goal — a 1:37 (97 seconds) in the 200 free — on the last day of his prep career. … Runkle succeeded Mark Onstott, who retired after his final Trevians squad placed sixth at state last winter. Onstott, a Tennessean these days, attended the state meet at New Trier last weekend. “Mark told me that New Trier swimmers are different,” Runkle recalled on Feb. 28. “He was right. They’re willing, always willing, to do things, extra things. They’d say to me, ‘OK if we stay to train more after practice?’ OK. They’d say to me, ‘We need to practice a couple more times.’ OK. Great … they all had great attitudes.” … Robertson, on Runkle: “Even after our hardest sets [in practice], he’d find a way to crack us up.” … A favorite quote from former NT swim coach David H. Robertson adorned the inside of a New Trier locker room door last weekend. It was typed on a piece of paper. The words: “NT swimmers always rise to the occasion. And today is that special occasion. Get off the blocks fast and improve upon your position!” … Based on sectional times recorded on Feb. 21, NT was projected to place 14th at the state meet. It placed fifth. It improved its position, big time. 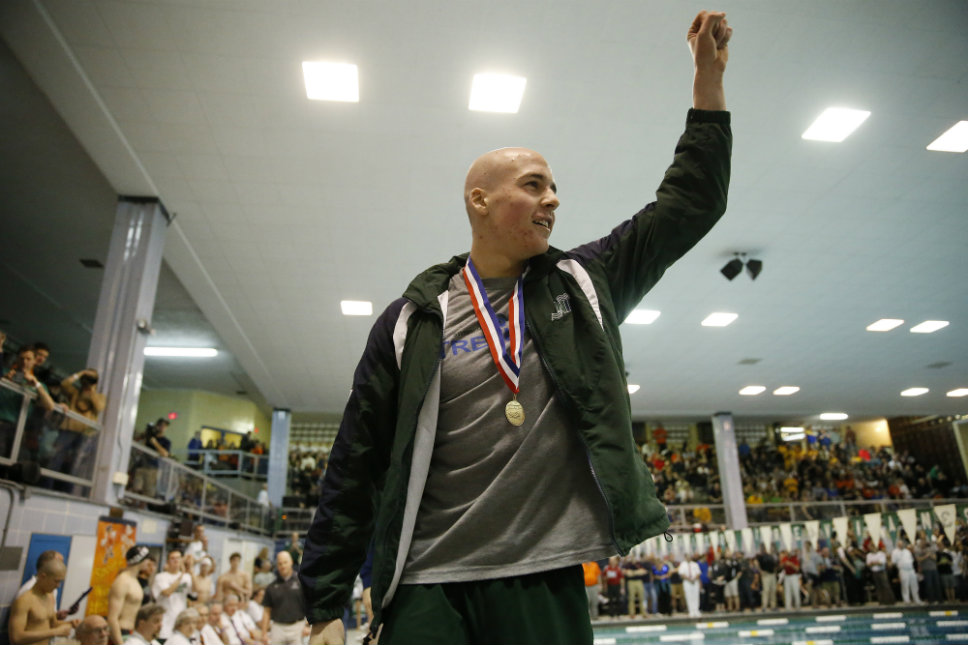