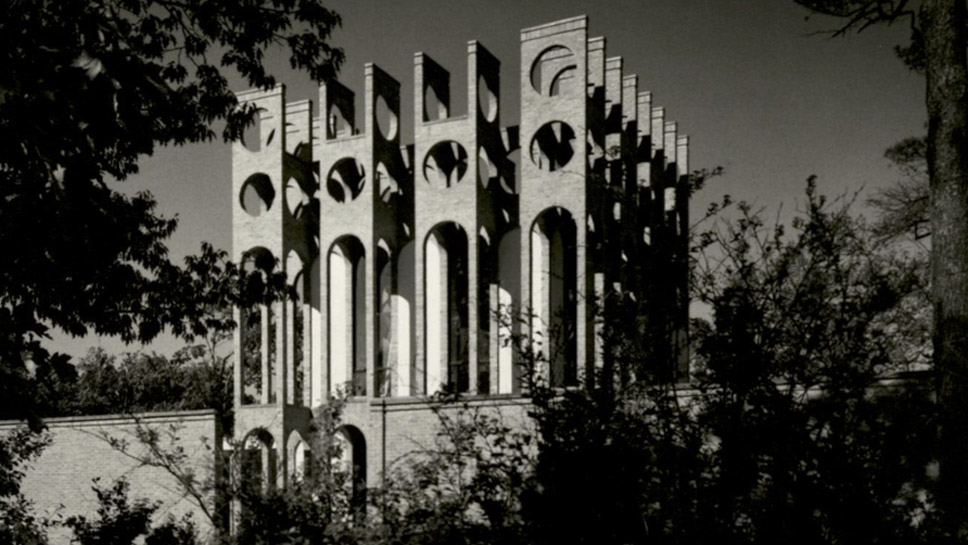 Ike Colburn’s house on Lake Road stirred controversy 50 years ago. Photo courtesy of The Ryerson and Burnham Archives, The Art Institute of Chicago 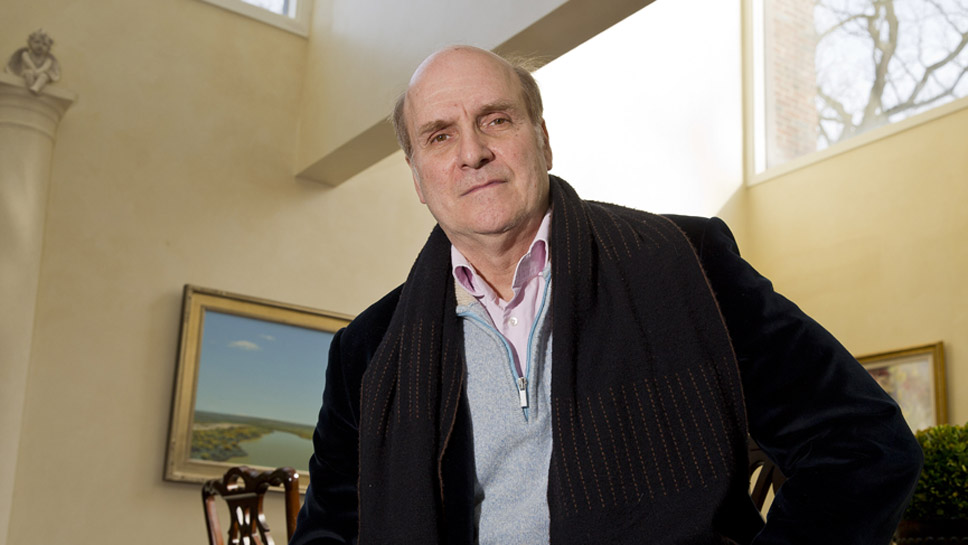 It was a quirky eyesore to some. It was a magnificent structure to others.

It was the Colburn House on Lake Road in Lake Forest, also known as the “Swiss cheese house. Its glaring centerpiece was “a forest of brick buttresses (towers) on all four sides of a second-floor living room,” Jay Pridmore writes in the January/February issue of Chicago Architect.

“It did look like it was ready to take off into the stratosphere,” says the 62-year-old Pridmore, who grew up in Lake Forest and returned to his hometown more than 10 years ago.

Architect and New England native I.W. (Ike) Colburn designed the house. It was built in 1965. He and his family lived in it for nearly a decade. Its slender, distinctive towers — full of holes — were torn down in 1973, victims of unforgiving winters, Pridmore surmises, along with speculation that Colburn did not want to leave the most startling gesture of the house to someone else before he and his family moved to Manchester, Mass.

“There were indications that the masonry was failing,” Pridmore notes. “Chicago weather, with its freeze-thaw-freeze-thaw nature, did some damage.”

The rest of the Colburn House — situated across from Forest Park — was razed in 2005.

“It was a masterpiece,” Pridmore says. “Ike was very influential in his day, a pretty interesting guy, a real independent architect. He was a modernist who also saw the hallmarks of traditionalism. He built splendid luxury houses … houses that are still here in Lake Forest [including the McLennan and Runnells houses on Lake Road]. His houses made you feel you were looking at more than the strict, rational elements of a building. He liked using the kind of historical gestures that invoke memories of the past — when one fell in love in Paris, for example.”

Pridmore, author of several books about architecture, felt Colburn — who died in New England in 1992, at the age of 67 — deserved to be the subject of a book. So he wrote one. Its title is “I.W. Colburn: Emotion in Architecture” (Lake Forest College Press). It will be available this fall.

“I remember being really interested in architecture in my youth,” says Pridmore, a graduate of Deerfield (Mass.) Academy and Brown University and a journalist before he crafted his first book. “There are so many interesting and ennobling houses in Lake Forest. Ike didn’t quite ignite my interest in architecture, but he had great vision and quite a career. He was the consulting architect at the University of Chicago. He designed three very good buildings there, and they have held up. AIA [American Institute of Architects] recognized his work. He had a great rapport with each of his clients in Lake Forest.

“I never met Ike. I feel like I did, though, because I read so many of his letters and talked to so many people who knew him.”

Colburn’s vision preceded the construction of Temple Jeremiah in Northfield and St. Anastasia Catholic Church in Waukegan. His best academic building, Pridmore says, stands at Bryn Mawr College in Pennsylvania. He produced nearly 100 works when he was based in the Chicago area from 1951-73.

“After he moved to Massachusetts, Ike still had clients in Lake Forest,” Pridmore says. “What I really liked about him was how much he respected his tradesmen, the ones who built brick walls, the ones who took care of a house’s interior. Ike would send his crew of tradesmen from Massachusetts to Illinois to work on houses here.”

Colburn, a Yale graduate, did mostly restoration work on New England structures after leaving Illinois. He lived in a cottage. The Atlantic Ocean, not Lake Michigan, greeted him when he opened windows.

“He stayed busy, rehabilitating [Manchester’s] neglected inner harbor and purchasing and restoring many buildings nearing 200 years of age,” Pridmore writes in Chicago Architect. “He also rehabbed stately houses of neighbors. His New England work proved that he had a deft touch with traditional architecture as well.”

His Colburn House in Lake Forest was innovative, memorable. Yes, the “Swiss cheese house” grated some folks. It delighted others. It also inspired architects.

“Ike was skilled, a great architect,” Pridmore says. “He was very strong in his design decisions. He was never deliberative. He would decide on a design … do it. When he

“After the towers of the Colburn House were torn down,” Pridmore says, “there was a period of mourning around here.”