Parking, bathrooms and birds were the main issues discussed at the Lake County Forest Preserve District’s Planning & Restoration Committee meeting on March 3 – but they represent a deeper tension: Should the District focus resources on nature or people at the Fort Sheridan Preserve?

After reviewing two concept Master Plans for the preserve, the Committee voted unanimously to go forward with a public meeting to get community input. The meeting will be held at an as-yet determined date in April. (The drawings are included below the text of this story.)

Forest Preserve Director of Planning and Land Protection Randall L. Seebach presented the drawings, which identify potential land use for the Preserve and were created by Forest Preserve District staff based on input from the committee and from people at public hearing in June 2012.

The main differences in Plan A and Plan B are the size and locations of parking lots and restrooms, but these are surface-level issues that reveal a deeper tension: Should the Forest Preserve District focus resources on birding, native plants and natural restoration, which would require fewer parking spaces and less maintenance and funding, or should the District enhance parking, restrooms and accessibility so that more people can enjoy the many diverse features of the 253-acre lakefront preserve?

“What type of recreation do we want to promote?” Seebach asked the Committee. “How much foot traffic can the shoreline sustain before we are impacting the habitat and home to endangered and threatened species?”

The Master Plan concepts focus on two of the primary features that community members said they wanted in the Fort Preserve at a public meeting in June 2012. In a survey, the District learned that the Top Four desired features were:

(Actually, golf came in as the No. 1 item on the survey, but by that time the District had received approval to not proceed with a golf course from the U.S. Army Corp of Engineers.)

Seebach said canoeing, kayaking, and swimming didn’t make the concept Master Plans primarily because there is no supervision at the beach and also because there are possibly unexploded U.S. Army ordinances still buried beneath the waves offshore. Expense also factored in.

So the plans focus on hiking, bird watching and nature restoration.

Currently the parking lot in the preserve and the adjacent lot in Fort Sheridan Cemetery can accommodate 80 cars. Plan A would would relocate the preserve lot and increase accommodating to 100 cars between the two lots. The main parking lot in this plan, as well as the entrance to the Preserve, would be closer to Sheridan Road. Seebach said Fort homeowners will appreciate this, because it prevents cars from driving into the residential area to enter the Preserve.

But it would be extremely unfair to people with disabilities, because it would be difficult – likely impossible – for many to ever make it to the lake front, said Lake County resident Stuart Koch.

“I am here representing people with disabilities,” he said during the public comment period. “For you to think of putting parking at other end, you will cut me and others with disabilities from ever seeing the lake. It is a rare day that I would make it that far.”

Fort resident Sonny Cohen also spoke up during the public comment period. He said Plan A and B are an improvement on previous concept drawings, but that he remains concerned about the Forest Preserve District’s transparency and public input efforts.

“The only reasons people are here,” he said of the 15 or so people who attended the meeting on Monday, which is a generous showing for a committee meeting, “is because citizens alerted us. There has been no proactive reach out to pubic. You need to start with a vision plan, not concepts on roads and parking lots. Ask the larger public.”

Here are concept Plans A and B: 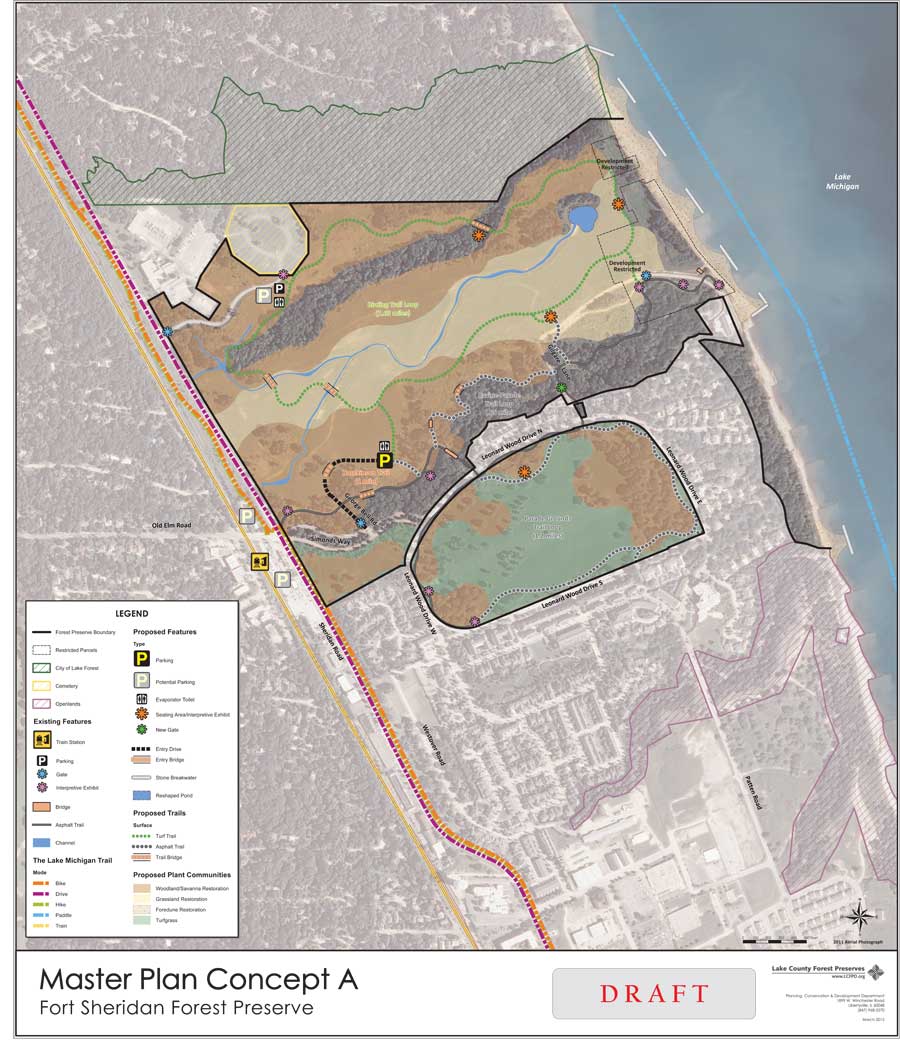 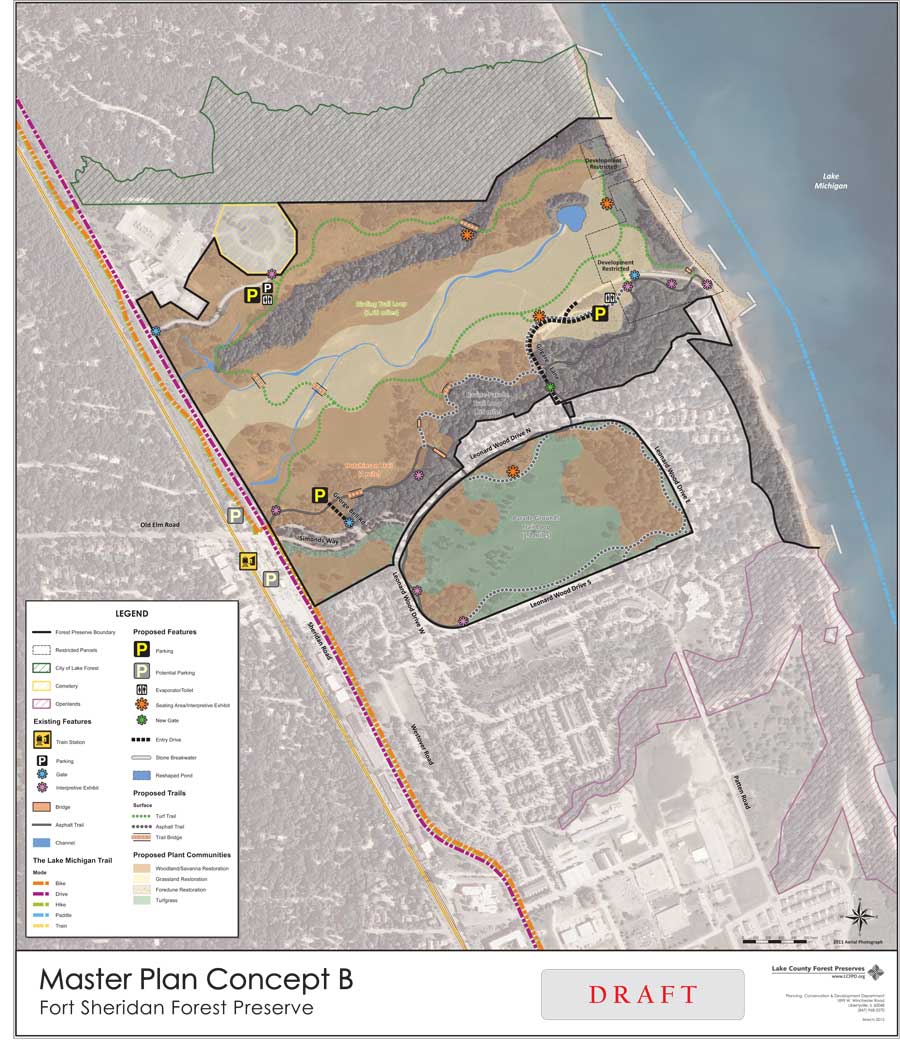