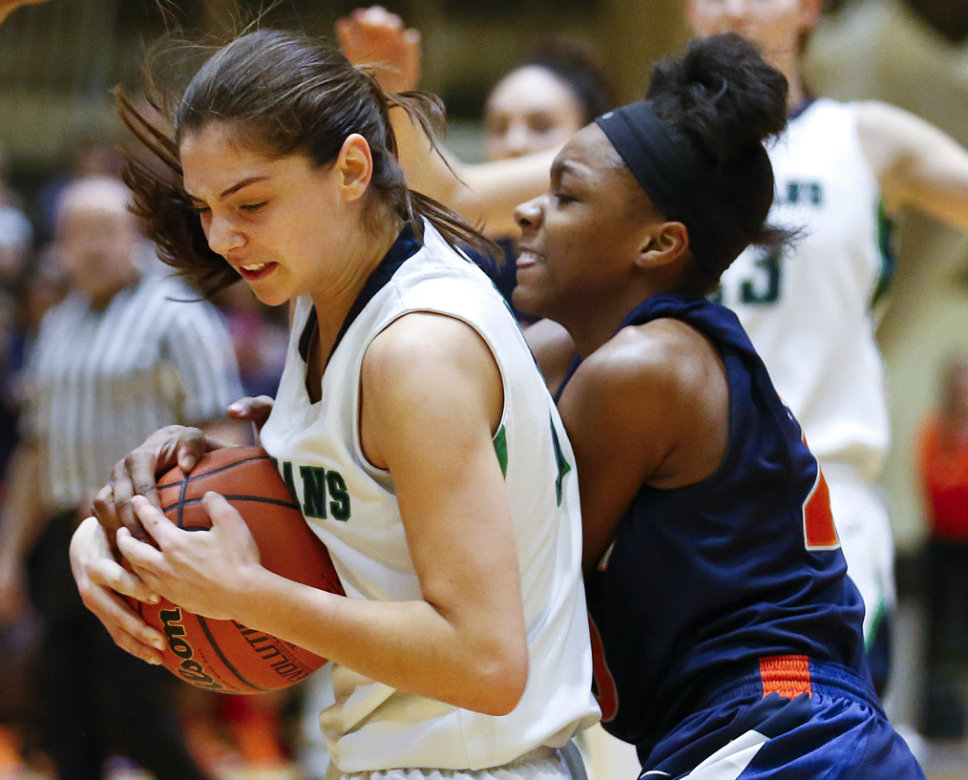 “One of my teammates [senior reserve guard Penelope Revis] says she gets motion sickness when she watches Haley,” said Bercu, a senior reserve forward.

Players — and coaches and referees and sportswriters and fans — needed Dramamine at the Class 4A Conant Supersectional on March 2. Greer put on a dizzying display in New Trier’s 57-49 defeat of Geneva High School. She scored a game-high 18 points and finished with seven assists, five steals and three rebounds. A spin move in the lane created ample space for one of her four buckets in the second quarter. Shortly thereafter, in a span of 53 seconds, Greer dished an assist to senior forward Rachel West, faked a pass before driving for a layup on the next possession and then provided the assist on Jackie Welch basket.

The win meant New Trier (30-1) will play Fremd (28-4) in a state semifinal at Redbird Arena in Normal on March 6. It will mark NT’s first finals appearance since falling in a state quarterfinal in the 2006-07 season. Fremd last won a supersectional in 1977.

“Our kids did a wonderful job of hanging tough,” said Rodgers, whose club trailed 7-0 and weathered runs of 7-2 and 9-2 from Geneva in the second half. “We held our composure … that was key. We managed our emotions well.

“I’m really happy for the kids.”

Greer did something unusual after the game.

Greer also did something typical after the game.

She deflected attention, reminding scribblers and tape recorders that four teammates were on the court with her for every possession.

“I don’t get assists without my teammates running in transition,” she said. “Our team effort won the game tonight. Our team has 19 players. People think that’s crazy; we don’t. We look at it as 19 resources. We’re all there for each other. We go out, have a good time.

“It’s a family environment,” she added.

Notable: Games of N-O-R-S-E, not H-O-R-S-E. Four days after eliminating Geneva’s Vikings in a supersectional, NT was scheduled to face Fremd’s … Vikings. … Bercu, on NT’s extensive roster: “Refs laugh when they see how many players we have. We like to go up to them and say, ‘Yep, we have 19.’ ”