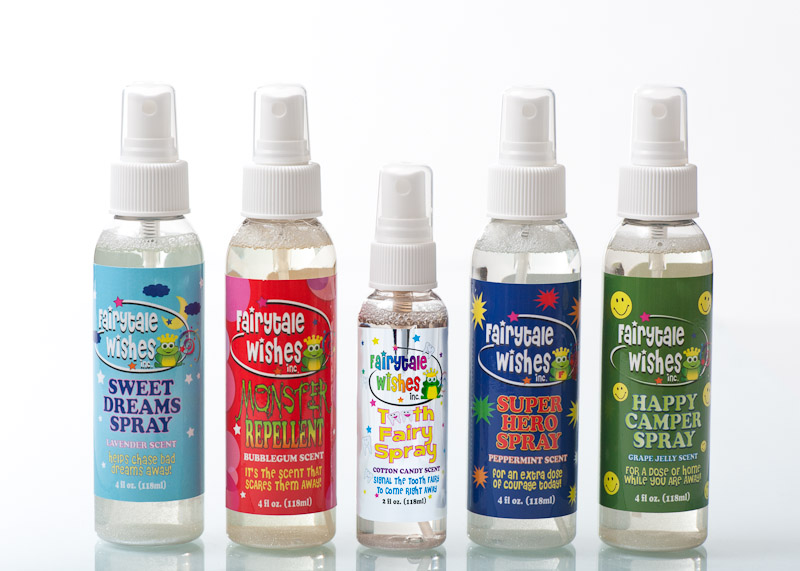 Although she never got a deal from the “Shark Tank” panel after appearing in a Season Five episode, Debbie Glickman vowed to keep her Fairytale Wishes, Inc. business going. “I believe in my company. I believe in everything it does to help kids, and I’m not going to stop,” she affirmed to the cameras at the end of her recorded segment. And that’s exactly what this Highland Park mom and entrepreneur has done since the program first aired in October of 2013.

“After I taped the show and came home, I thought about it more and realized I wasn’t going to put that amount of capital [I had sought on “Shark Tank”] into my business to scale it to next level,” she said. “I couldn’t do it by myself. But I did decide I would keep the company as it is now, as long as people continue to need and buy the product and I’m able to pay the company’s bills.”

Glickman has since gotten her real estate license to help bring in some extra money for the company, and sales have increased to more than double what they were a year-and-a-half ago when the “sharks” balked at her original $5,500 earnings. Part of the uptick is the show itself, Glickman said, which has now aired about seven times between reruns on ABC and CNBC. “There is such a thing as the ‘Shark Tank Effect.’ I know every time it airs because a whole rush of orders comes in. … Nothing bad came out of being on that show.”

Glickman acknowledged that she was sought out for her appearance. “I never stood in a line or sent in audition tape; it’s just not who I am.” Actually, she thought it was a practical joke when she got the call. “I talked to the producers and was like, ‘I don’t know what you want from me, my company makes no money,’ and they said they loved it and I could be a Shark Tank success story.” (See her segment in the clip below, beginning at the 1:55 mark.)

Producers of the show found out about Fairytale Wishes, Inc. through web searches and the awards the product has won such as Creative Child Magazine’s Seal of Approval and Product of the Year Awards and Dr. Toy’s Best New Product. They were intrigued in the story of the company as well, which Glickman started six years ago when her youngest son Joey was about to begin kindergarten.

“He was such an anxious kid and was really scared to sleep in his own bed after we transferred him from a crib,” she remembered. “I knew lavender was a calming scent and I knew kids have really great imaginations.” So Glickman put the two together, creating a line of aromatherapy sprays encased with magic glitter and accompanying fairytales about the superpowers the bottle holds. Stories of how monsters hate bubblegum because it gets in their fur so if they smell it, they will move on to the next house. “To a kid that makes sense,” she said. “We give them a reason to believe.”

In addition to her Monster Repellent spray, there’s also Tooth Fairy, Sweet Dreams and Happy Camper sprays to calm a variety of childhood fears, all made from a warehouse in Libertyville—and they seem to work for most parents. Glickman has relished in a devout “cult following” fueled by a lot of testimonials, word of mouth and blogger love from like-minded entrepreneurs. “Moms talk,” she said. Though that was not enough for the “sharks” on the show; the most adversarial Kevin O’Leary admitted, “You don’t have a business, you have a hobby.”

“And you know he was 100% right. This has been a hobby I’ve been doing from my home with little kids,” she said. Though that didn’t stop her from retorting back, “I have Monster Repellent and I’m not afraid to use it on you,” which was cut from the segment. “I can’t believe they left that out; that was made for television!” said Glickman.

Overall she says what viewers saw was wholly different from her experience in front of the panel. “It was very edited to where they looked like they were so mean. They were not at all; they were constructive and encouraging.” In fact she believes if she had gone into the show from the founding of her company, with even just a prototype, she would have received a deal.

In the end though it doesn’t really matter.

“The lesson I taught my kids is if you don’t risk something you’ll never know,” she said. “Being on ‘Shark Tank’ put Fairytale Wishes on the map, and I got a free 10-minute commercial on primetime TV out of it that has helped even more kids.”