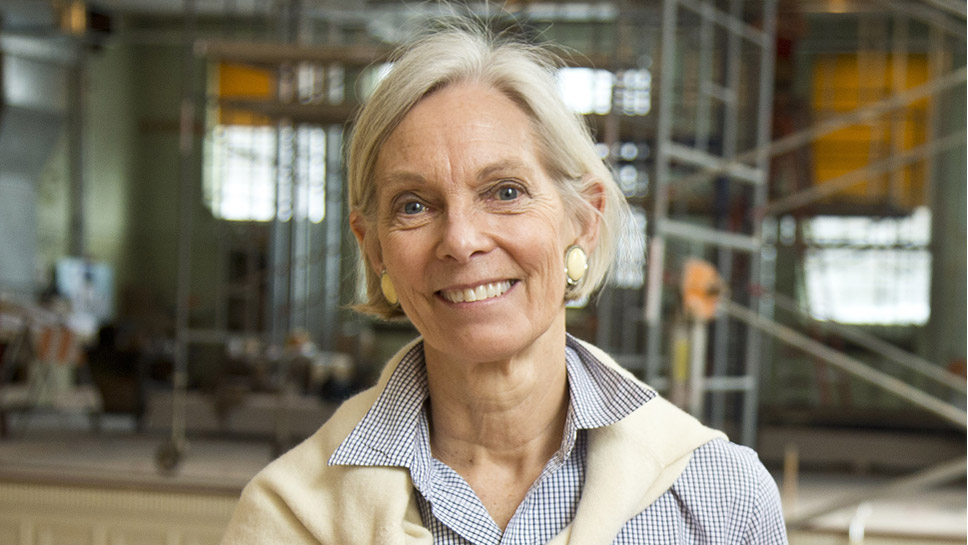 When Waukegan teachers went on strike in October, more than 16,000 students left school. Some students rejoiced. Others moped, got upset, missed the learning environment. Rampant boredom gripped the bulk of the students after a week of the one-month work stoppage.

Kohl Children’s Museum, a nonprofit based in Glenview, eradicated students’ ennui at a library in Waukegan. An educator from the facility — Kohl Children’s Museum encourages young children, from birth to age 8, to become effective learners — packed educational supplies and headed north during the class stoppage. The educator supervised activities, lively and creative and engaging ones. Grade-schoolers listened and learned. Grade-schoolers interacted. Brains got rebooted.

“We wanted to make sure students had meaningful experiences during the strike,” says Sheridan Turner, CEO and president of Kohl Children’s Museum. “Outreach is important to us. It is a significant part of our mission. We do things beyond the physical boundaries of our museum.”

Chicago Botanic Garden, another North Shore nonprofit, enlightens and delights people of all ages at its resplendent 385-acre, 26-garden tract in Glencoe. Visitors who arrive by foot or by bike get in for free. What they get to see at the world-class attraction is priceless, breathless.

“People receive instant gratification here,” says Jim Boudreau, vice president of marketing and development at Chicago Botanic Garden. “They walk around, soak up nature and the beauty. People love to reflect these days.”

All kinds of nonprofits dot the North Shore. Most are tax-exempt organizations. They rely on funding from sponsors and generous individual donors. They bring residents together, generate community pride. They entertain and educate. They improve lives. They are refuges and hubs. They are beacons near Lake Michigan, blinking hope.

“Social workers and guidance counselors at schools have seen an increase in the number of teens seeking help for depression,” says former Erika’s Lighthouse executive director Peggy Kubert, now the director of education and programming of the nonprofit on Green Bay Road. “Awareness is up. Our mission statement is our map, our guiding force. If we’re doing this or that and wondering if it’s the right thing to do, we always go back to our mission statement to get our answer.”

“Nonprofits helping other nonprofits … it’s a part of our center’s culture,” Gorton Community Center executive director Brenda Dick says. “Each month we meet, share ideas and calendars. We zoom around the room. If one of the nonprofits needs a marketing specialist, we help it find one or recommend one who is available.”

A little more than a year ago, longtime Lake Forest resident Nancy Hughes, the widow of film director John Hughes, donated $2 million (including $500,000 designated as a perpetual fund benefit) for the renovation of the Gorton Community Center’s auditorium. The state-of-the-art film and theater space will be named the Nancy and John Hughes Theater upon completion of the project this year.

People are giving. Grateful nonprofits are receiving, are fulfilling missions. Enrich a nonprofit … a nonprofit enriches back.

“Donors on the North Shore don’t just want to feel good about donating money to nonprofits,” Turner says. “They want to make sure their money, their investment, will make a difference. The key for any nonprofit to remain strong and attract donors is to make sure its mission is concise and clearly defined. The North Shore, in general, is very fortunate to have wonderful cultural institutions and generous, philanthropic people who support those institutions year after year. Nonprofits are doing important work, meaningful work.”

Gorton Community Center is the gathering place for the residents of Lake Forest and Lake Bluff and beyond, its sturdy doors doubling as warm, familiar portals for tots, teens and adults. People “connect, converse, learn, listen, play and perform” there, the center’s mission says. It is where lives have been enriched through cultural arts, education and charitable service since 1972.