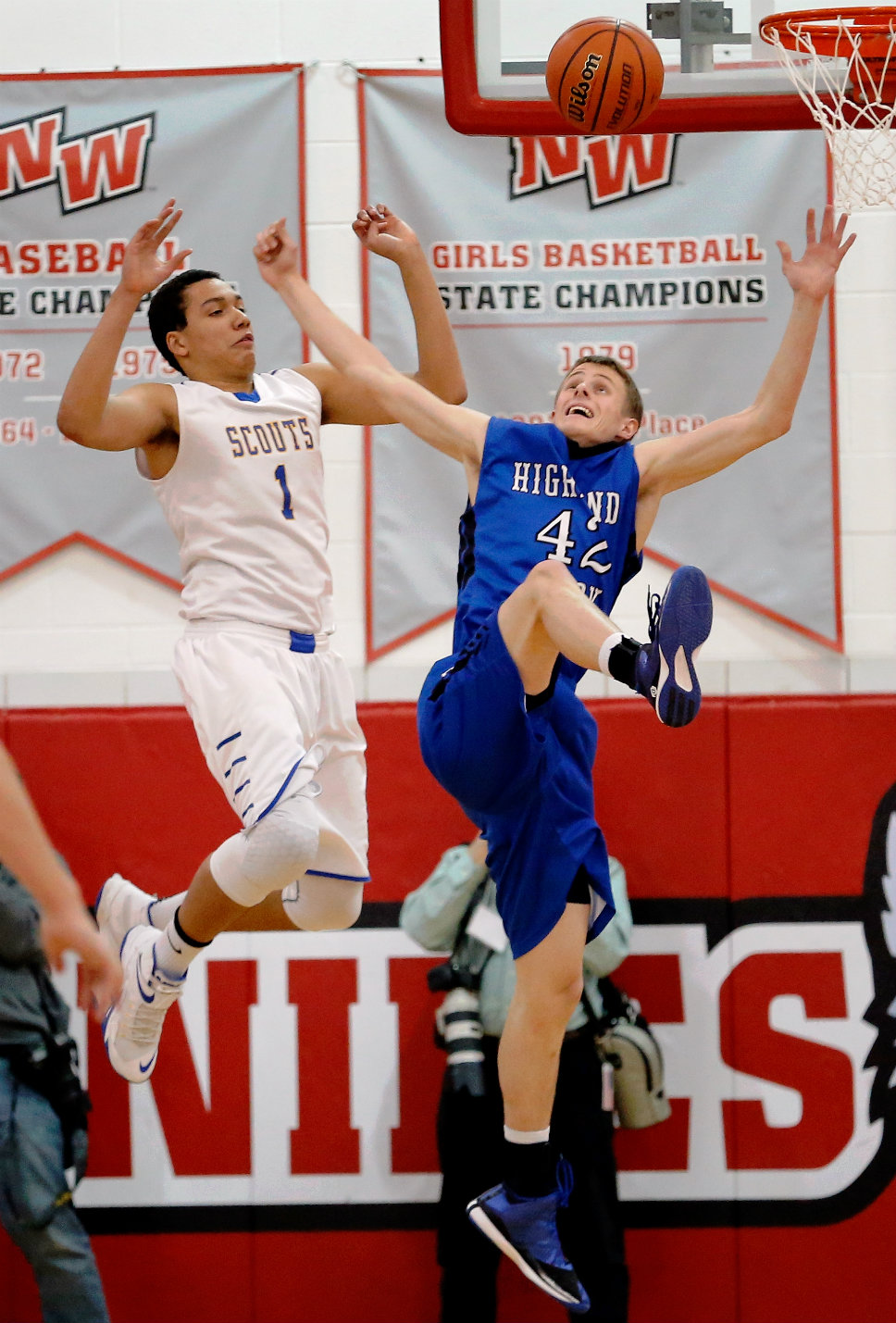 Soon, Lorenzo Edwards is going to get his due.

The Lake Forest High School junior, who grew four inches last summer, sped up that process on Feb. 21 at the City-Suburban Showdown at Niles West.

Edwards, who is the son of ex-NBA player Kevin Edwards, played extremely well on that big stage, when he effortlessly netted 19 points and added eight rebounds in a 57-35 win over Highland Park.

Edwards made his imprint in front of an overflow crowd (3,500), and he did it with the right people — basketball people — watching.

The recruiting wars have only just begun. Edwards confirmed that a couple of top club teams — Mac Irvin Fire and MeanStreets — have come a calling. He could opt to return to Next Level Performance. Fundamental U also is pursuing him.

“I’ll have my say, but my dad is going to have a big influence on where I go,” said Edwards, noting that his dad played 11 years in the pros for the Miami Heat, New Jersey Nets, Orlando Magic and Vancouver Grizzlies.

Sitting in the press area at the Showdown, Tom Konchalski, editor and publisher of the scouting newsletter HSBI report, knows basketball and the veteran talent evaluator liked what he sees in Edwards.

Edwards, who broke into LF’s starting lineup on Feb. 13 against Zion-Benton, has raised his level of play of late.

It’s full go for this kid, who missed last summer’s AAU season with a knee injury.

And Edwards is playing on a higher plane — four inches taller — thanks to his recent growth spurt.

“I was barely dunking the ball last year,” noted Edwards.

But look at him now.

In a 31-second span midway through the fourth quarter against Highland Park, the left-handed Edwards stuffed the ball twice. His night also was punctuated by a drive and finish early in the four quarter.

Edwards’ rattling of the rim got the attention of HP point guard David Sachs.

“He’s a great player,” said Sachs, who will play college basketball at Barry University next season. “He can catch and shoot it. He can do a lot of things.”

“I think he’s great,” Highland Park coach Paul Harris added. “But so are a lot of those other guys over there. Lake Forest has a lot of good pieces.”

The 1-2 punch of Edwards and Evan Boudreaux has a chance to be toxic — for opposing teams — with the playoffs set to begin next week.

You can tell Boudreaux is digging this. In a press conference at the Showdown, the 6-8 Dartmouth College recruit lit up when talking about his super-athletic sidekick.

“What he does on the court takes a lot of pressure off me,” said Boudreaux, who tallied 24 points, 15 rebounds and four steals against HP.

He also had three assists — and all three were special deliveries to Edwards.

Returning that favor is not a problem for Edwards. He worked in a number of entry passes to Boudreaux in the early going of this game.

“I like getting the ball inside to Evan. He’s a great finisher,” Edwards said. “And I know that my shots will come eventually.”

That sounds about right.

“I knew this would be a tough matchup,” said the veteran head coach, who watched his team fall to LF 51-43 in the quarterfinal round of the York Tournament in late December. “This is the first time all year that a team got us like this. I just hate that it happened on a big stage like this.”

Then, with a smile, he added, “I still like my team. We won’t be making any trades before the trading deadline.”

This one started to get away from the Giants (18-7), when LF went on an 8-0 run just before halftime.

“Our shots wouldn’t go down,” said Sachs, who led the Giants with nine points. “We went 5-for-34 (from three-point range). It’s tough to beat anyone when you shoot like that.

“Hopefully, we’ll see them again (in the Waukegan Sectional),” the point guard added.

The Giants, who were scheduled to play at Waukegan on Feb. 24, have hit a bit of a rough patch, losing three of their last four games. The lone win was a 50-37 victory over host Glenbrook North on Feb. 20. The team was led by Jason Beermann (13 points), Hallvard Lundevall (12 points, 7 rebounds) and Luke Norcia (11 points). Sachs had nine points to go along with four assists and three steals. 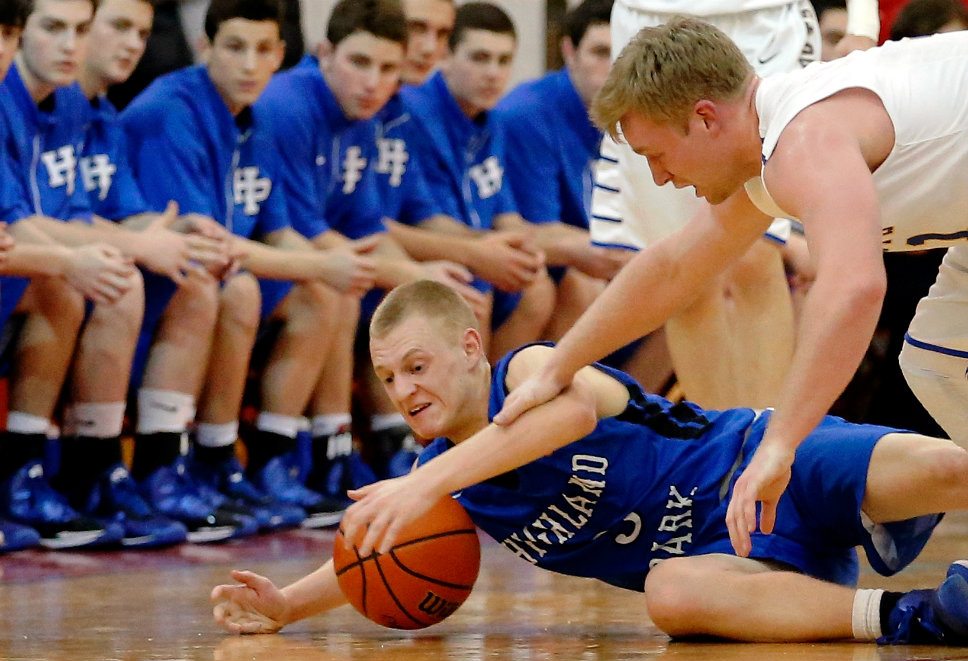 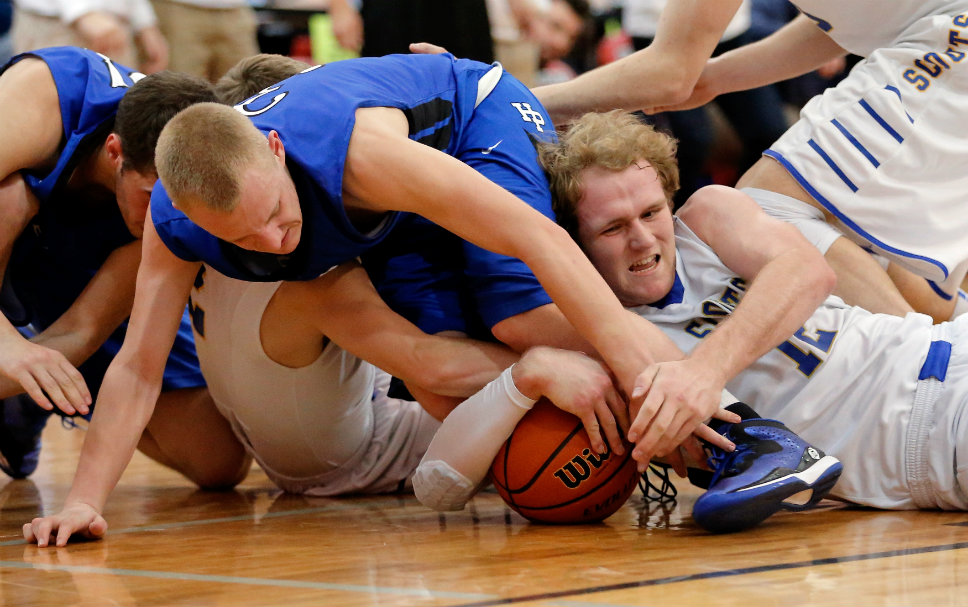 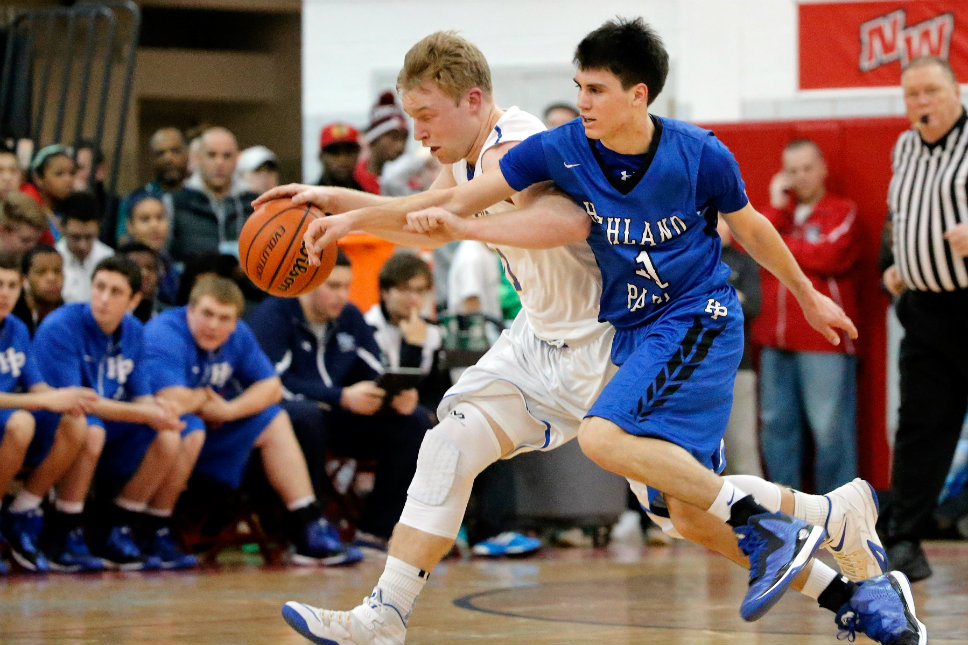