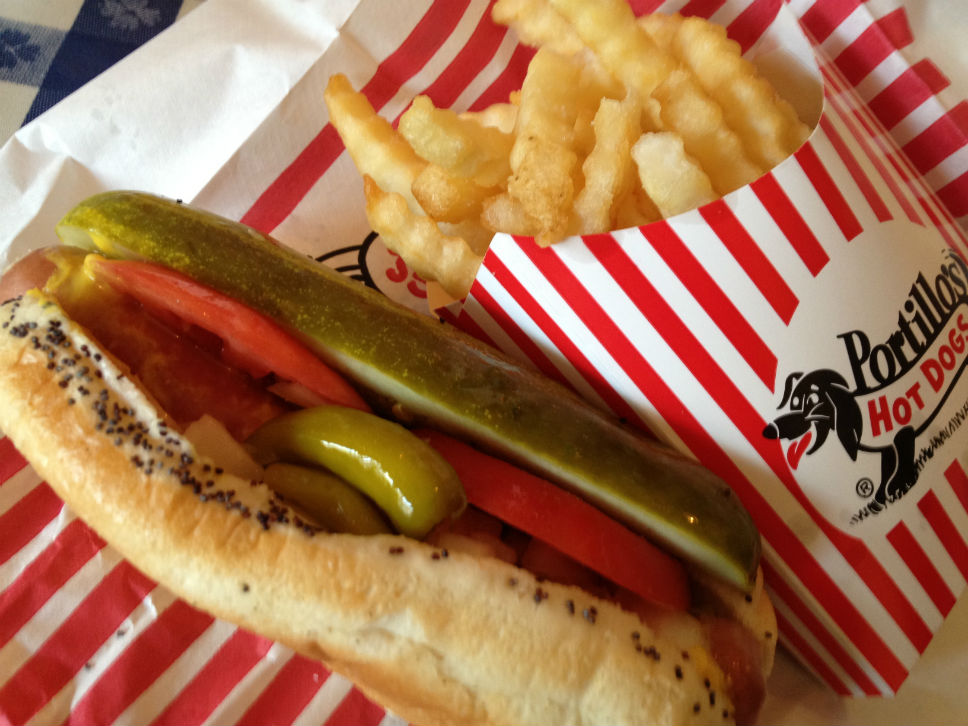 Hold the mustard because word just leaked this week that the homegrown hot dog chain Portillo’s is in fact moving forward with plans to build its newest location in Deerfield. This comes after CEO and founder Dick Portillo withdrew an application for ownership of 700 Lake Cook Road last October citing that the property (previously occupied by On The Border Mexican restaurant) was “challenging” at best and required too much extra effort and cost for his company to move forward with a restaurant in the community.

Apparently, though, there was a lot of activity behind the scenes in the months since with successful lobbying by Deerfield Mayor Harriet Rosenthal to win over the Oakbrook-based chain’s business. One of her suggestions was a freestanding spot in the vacant Deerbrook Mall on Waukegan Road, specifically in the south edge of the lot where Bally’s Total Fitness once operated. Portillo’s liked the idea, which adhered to its many requirements for a drive-thru and an outdoor seating area.

They filed to seek a special use permit from the village. Its initial review with the Plan Commission took place February 19 with positive results and a planned meeting with the Appearance Review Commission is set for March 9. If all goes well, Portillo’s could start construction in June and might be serving its famous Italian Beef and dogs as early as November.

It’s good news for Portillo’s devout fan base and the chain itself who just seven months ago had an uncertain future after word leaked that it had hired investment bank Piper Jaffray Cos to shop it around to potential buyers. One of the interested parties was private equity firm Berkshire Partners LLC who paid an alleged priced tag close to $1 billion to enter into an agreement with Portillo’s, although the terms were not disclosed to the public. The news hit a little to close to home considering the history of brother Frank Portillo’s Brown’s Chicken chain, which ultimately filed for Chapter 11 bankruptcy in recent years.

The story of Portillo’s and the famous Chicago hot dog goes on though with the Deerfield location continuing a legacy that started with a Villa Park stand in 1963 to now operating 38 locations in four states. Perhaps it will also be the much-needed momentum to bring the site of Deerbrook Mall back to its glory days as a robust shopping center. Hot dogs have inspired stranger things before.