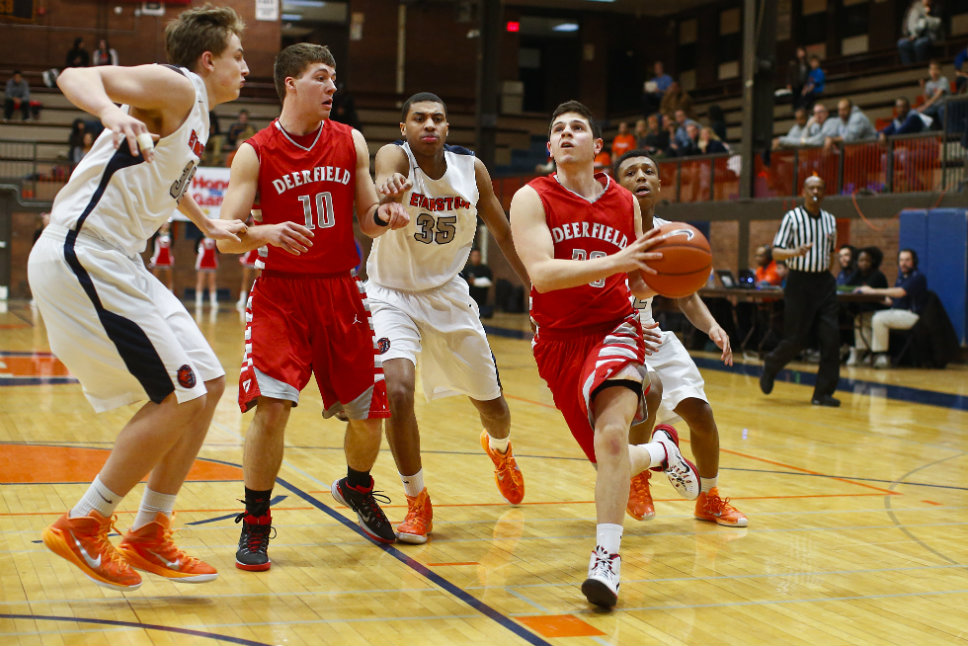 Check out the all-conference list. It tells the story.

How did the team look against host Evanston in the CSL Championship game on Feb. 25?

The Warriors had an off night.

“I think tonight’s game was a little bit of a fluke,” said Deerfield head coach Dan McKendrick, who has guided his squad to a 17-11 overall record. “It’s a shame that it happened in a showcase event.”

Deerfield got off to a tough start — down 12-0 in the first quarter — and never recovered.

“I think we came out a little too jacked up,” McKendrick said. “A couple of our shots in the first quarter didn’t even touch the rim. We’ve got too find a way to control our emotions.

“Our bad shots led to easy transition baskets for them,” the coach added. “We didn’t search for the good shot tonight. Instead, we took the first shot available. Which is not the way we’ve been playing this year.”

Lane had some good moments. The senior guard led all scorers with 14 points. He hit a long three off a feed from Baum to pull the Warriors within 10 points, 33-23, with 3:59 left in the third quarter. Later in that frame, Zwart converted a nice three-point play.

But, for the most part, the night belonged to the Wildkits (18-8) and their two all-CSL South selections: Nojel Eastern (11 points) and Elijah Henry (10 points).

“Evanston is an excellent basketball team,” said McKendrick. “I just wanted us to fully compete.”

Notable: The all-league picks were recognized prior to the game. Highland Park had two players selected: David Sachs and Luke Norcia. Glenbrook North’s Pat Hamilton made the North squad as did Ezeka Omeke of Maine East, Matt Acevedo of Maine West and Crishawan Cook of Niles North. 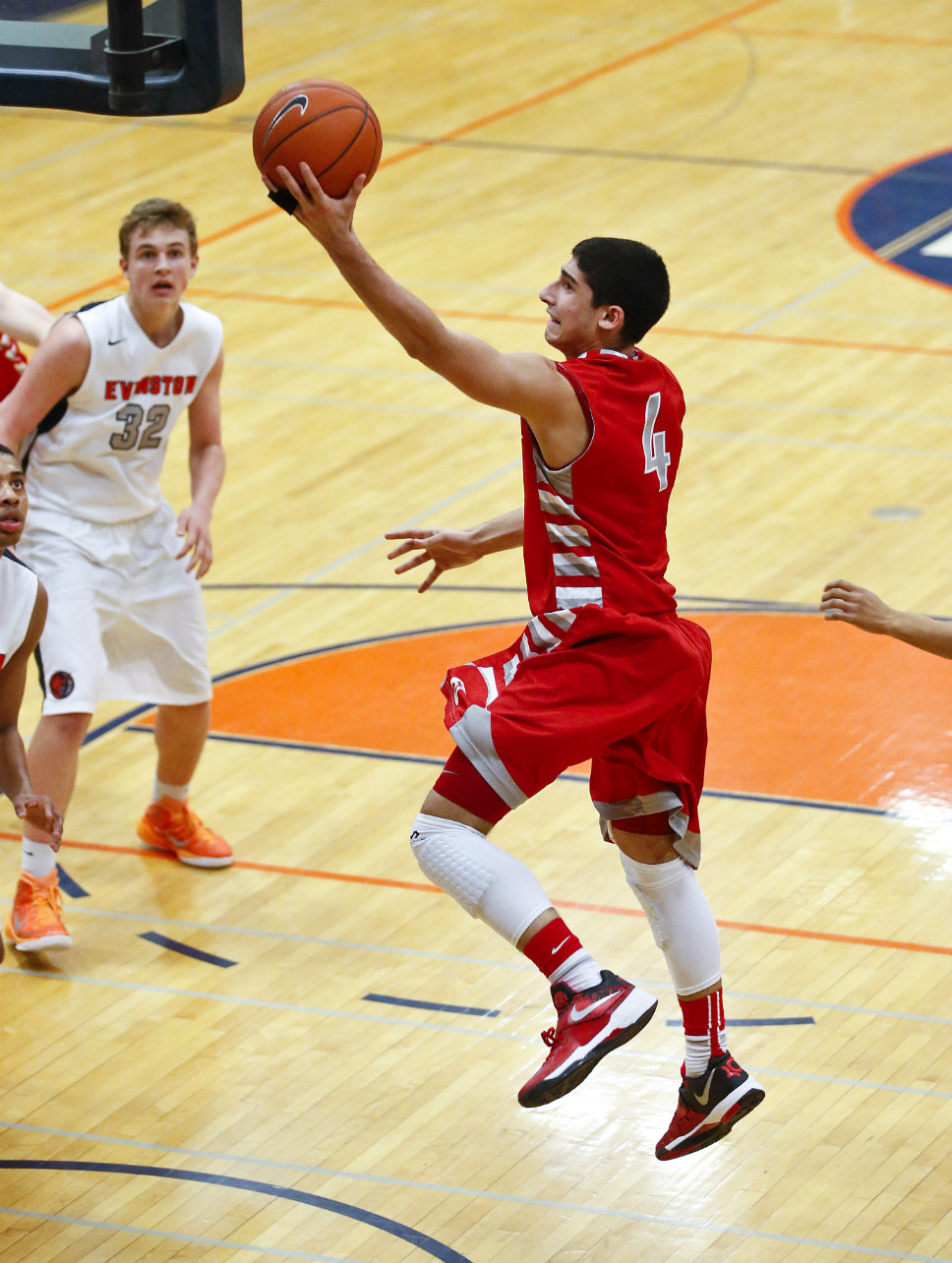 Joey Lane of the Warriors takes it to the basket in the CSL Championship game at Evanston. Photography by Joel Lerner 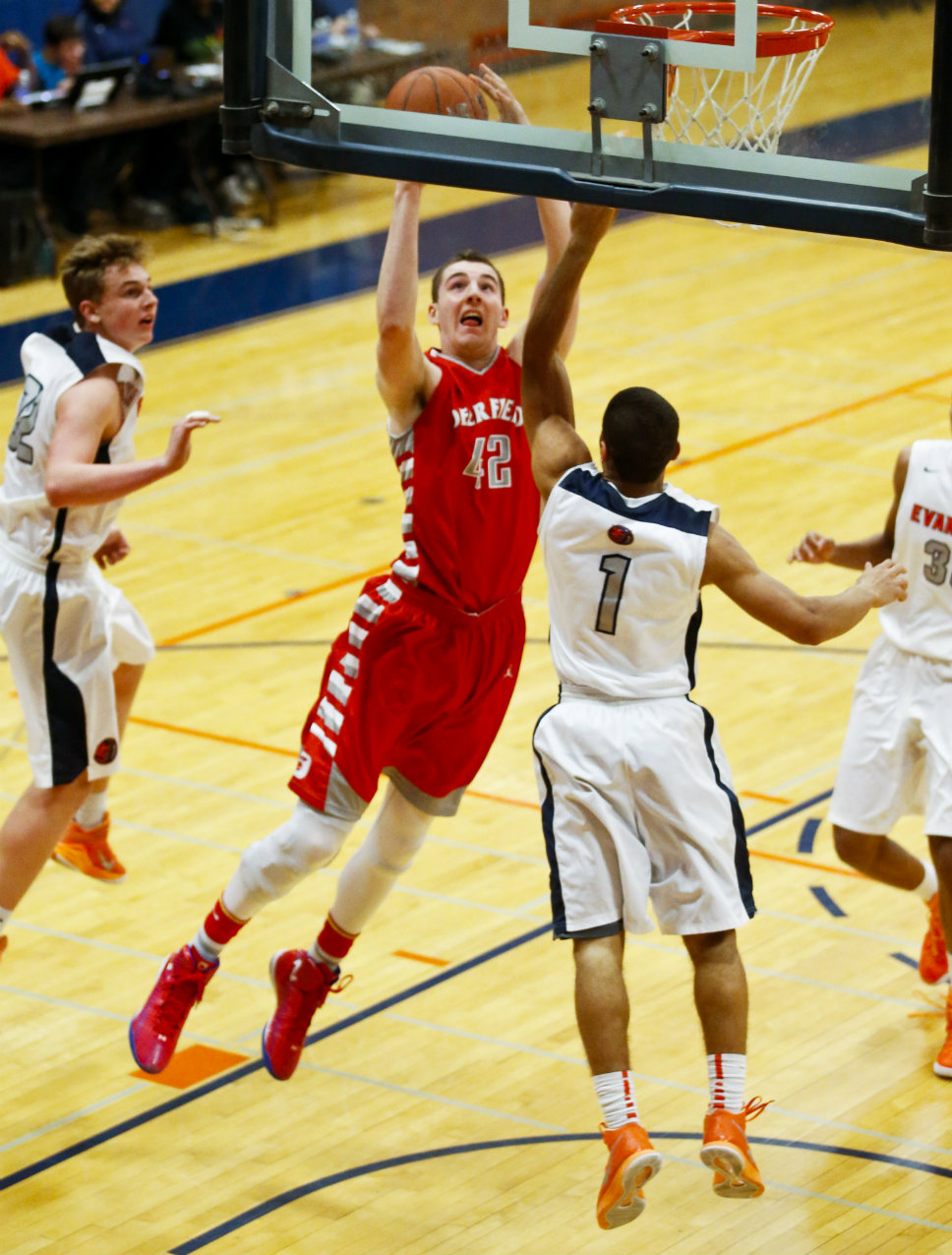 Deerfield’s Jack Lieb puts up a shot against Evanston. Photography by Joel Lerner 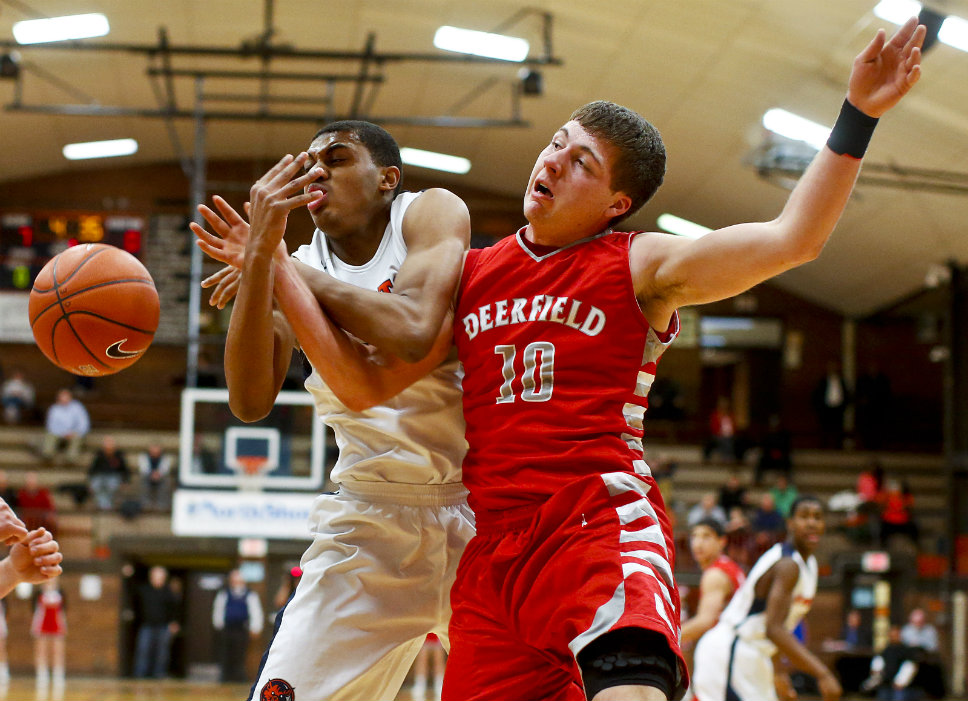 Nick Zwart of the Warriors (No. 10) gets tangled up with Evanston’s Elijah Henry. Photography by Joel Lerner