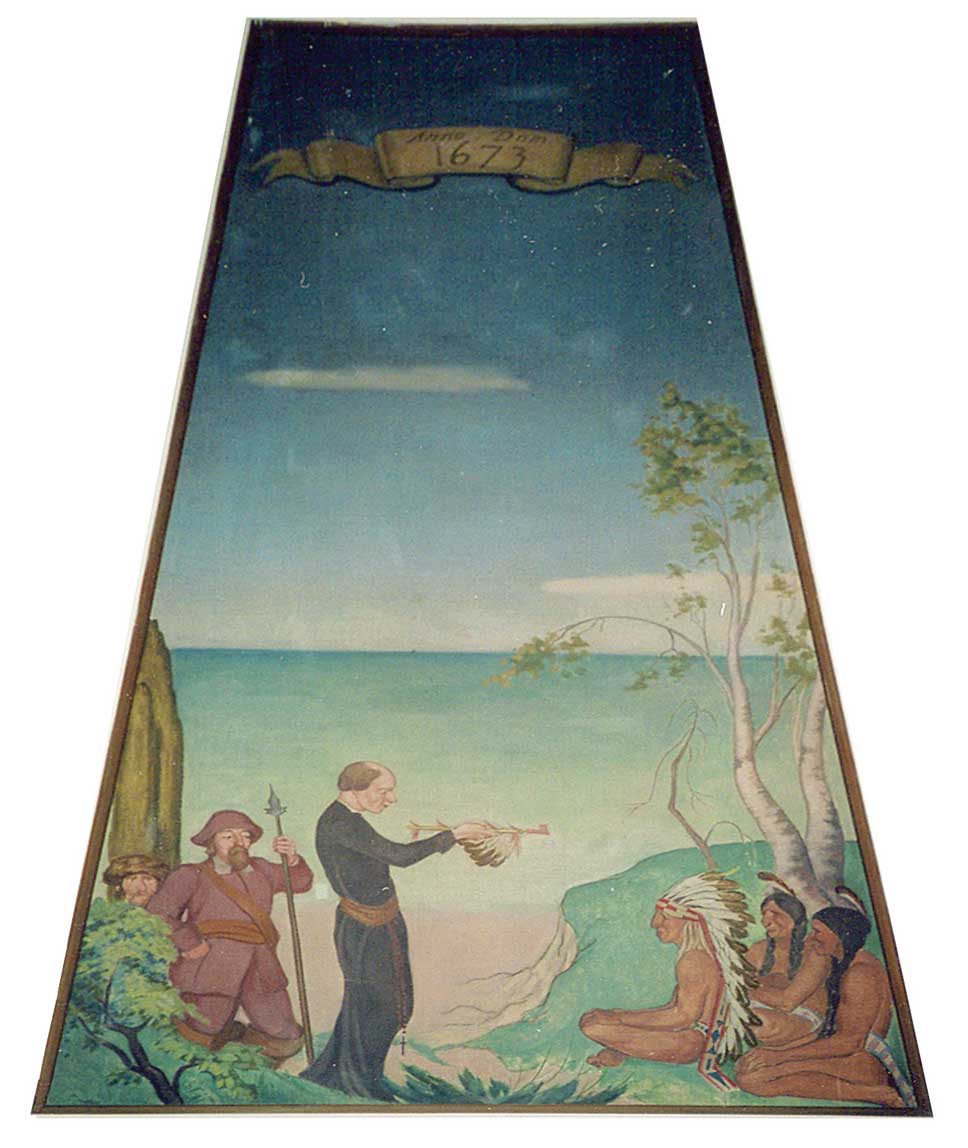 It has been several years since Lake Bluff’s East Elementary School was leveled, but many people remember the school as if they were walking the halls only yesterday. And one vivid image especially stands out among the many: that of the gigantic mural that hung above the fireplace in the school’s gym.

Yes–there was a fireplace in the gym, and above it hung an oil-on-canvas painting depicting a meeting between Father Marquette, Louis Joliet and local Indians on Lake Bluff’s north ravine in 1673. The 14-foot x 4-foot mural was painted by Lake Bluff artist Marguerite Kruetzberg, who studied at the Art Institute of Chicago.  It was on display at East School from 1926  prior to the demolition of the building in 2011. Since then, it has been in storage with a Chicago art restoration expert, said historian Kathy O’Hara of the Lake Bluff History Museum.

Marguerite’s nephew John Kruetzberg lives in Florida and has provided a $1,000 donation to kick off a fund-raising effort by the Lake Bluff History Museum to cover the $12,500 cost of the mural’s restoration and framing.

After it is restored to its former glory, the mural will find a new home in the Lake Bluff Village Hall board room.

Donations may be made online with a credit card or by check mailed to the museum at 127 East Scranton Avenue, Lake Bluff, Illinois, 60044.

Please share this story with others via email, social media, telephone, text, while chatting in line at the post office and over the back yard fence! 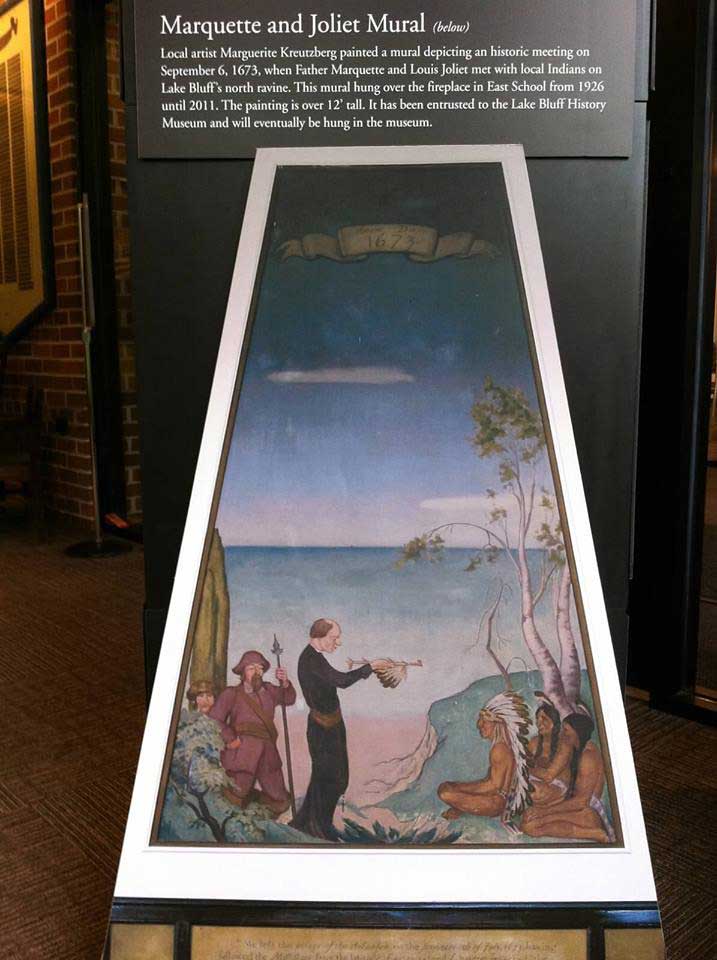 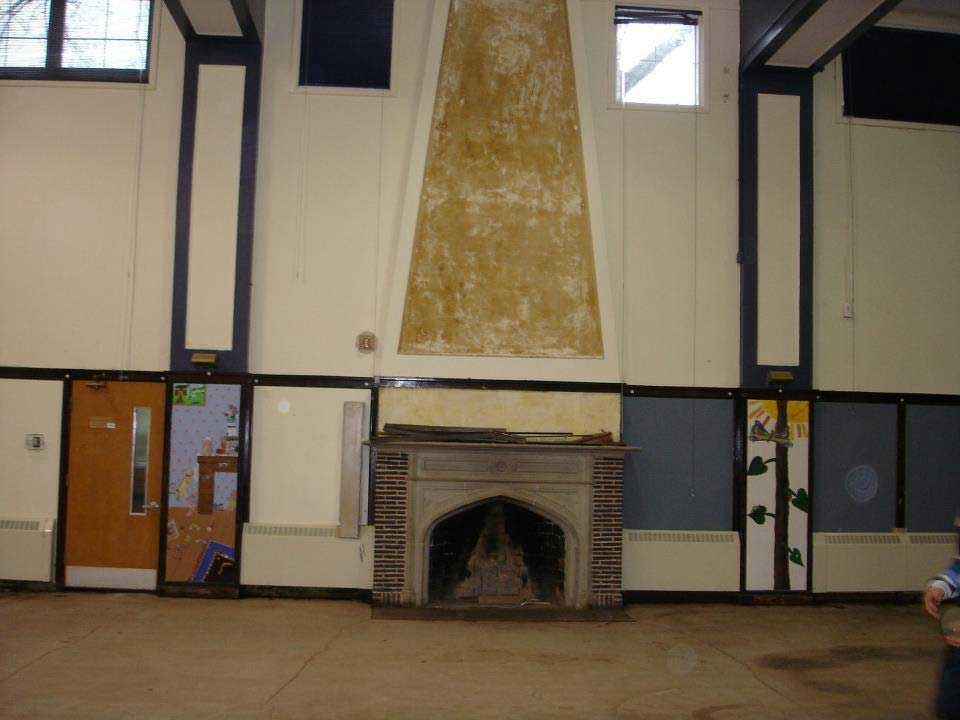 The wall above the fireplace after the mural was removed; photo by Wayne English