Updated Friday, February 20: Whitney is still an employee of aParent IVF Laboratory in Highland Park — she has not left her job. 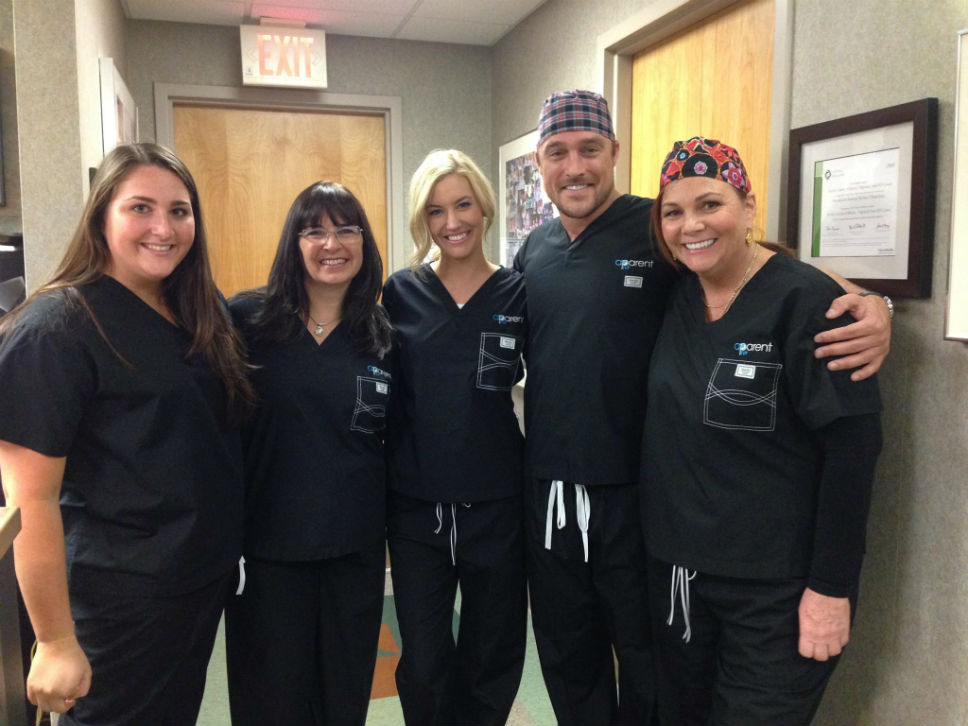 Highland Park nurse Whitney Bischoff gave The Bachelor a tour of where she works.

POSSIBLE SPOILER ALERT! — The latest episode of ABC’s “The Bachelor”  showed a familiar Highland Park façade during one of the show’s hometown dates. This is the part of the season when the bachelor — this time around Iowa farmer Chris Soules— narrows down his leading ladies to the final four and gets to visit their hometowns and meet their families.

When Whitney Bischoff greeted Soules in Chicago, she was actually waiting for him just outside Highland Park Hospital where she has worked as a fertility nurse for the past five years after uprooting from her native Kentucky. Though it wasn’t disclosed as the hospital on Park Avenue West, the façade of the building tipped off some of our readers.

Bischoff gave Soules a tour inside aParent IVF Laboratory where she works (see a full photo gallery on the clinic’s Facebook page). Although some entertainment sites have alleged that Bischoff has left her position, leading to speculation that she is the winner of the season, she in fact is still listed on the company’s website.

Time will tell if the finale rumors are true. If you have kept up with the season, you can sense a visible chemistry between the couple. Their first “date” was crashing a wedding, Soules’ friends fawned over her when they met during an earlier trip to Des Moines and Bischoff was the first contestant to tell Soules she loved him, pulling out all the stops with a special bottle of wine from Napa she was saving for the man she intended to marry.

The next episode on Monday February 23 sees the final three women—also including Vancouver spunkster Kaitlyn and Louisiana sweetheart Becca—heading to Bali with Soules, and the finale is set to air March 9 where we will find out Bischoff’s fate.