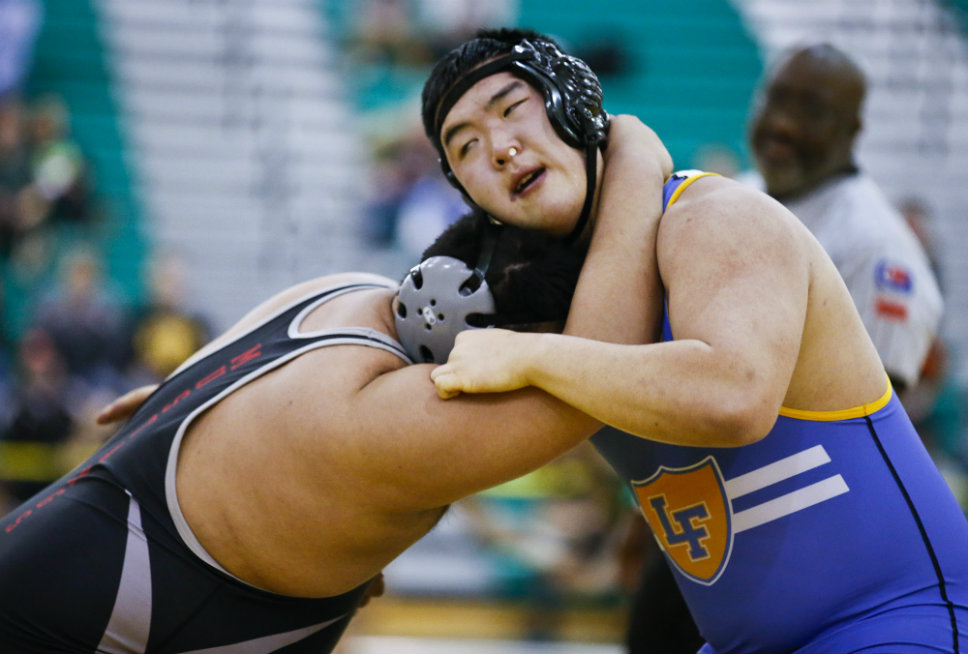 A stunned John Bang exited a wrestling mat for the final time of his prep career last weekend. The Lake Forest High School senior had just been pinned by Mundelein High School senior Ricky Lopez in the match for third place at 285 pounds at the Class 3A Stevenson Regional.

Bang found himself in a precarious position in the third period, a position Lopez used to his advantage. The Mustang notched the fall, at 4:20. Season over, just like that.

It was hard for Bang to look at the big picture of his season after the loss. But what he’ll see, what he’ll remember, what he should remember, is this: Bang finished with a 22-13 record — after a 1-8 start.

“I remember getting pinned [by a Libertyville Wildcat on Dec. 19],” he said. “I decided then that I wanted to do something.”

Bang did something. Bang started to turn his season around.

Before his senior season started, Bang thought seriously about not coming out for wrestling. His girlfriend convinced him to get rid of that thought.

“She told me, ‘It’s your last year; it’ll be fun,’ ” recalled Bang, a thrower in track and field.

Meanwhile, Lake Forest senior Corey Knudsen emerged as the lone Scout to advance in the state series at the regional. He routed Stevenson’s Corey Weil 14-3 in the championship bout at 145 pounds. He recorded a fall (1:44) in his first match and a 10-3 decision in a semifinal. He puffed his record to 32-4.

Scouts junior Gage Griffin fell one win short of earning a sectional berth, bowing 11-3 to Stevenson sophomore Eric Carter in the match for third place at 120 pounds. The bracket was tough. How tough? Each of the top four finishers left the regional with at least a 25 on the left side of his overall record. Griffin finished with a 27-8 overall record.

“Gage fought … fought hard,” Fiordirosa said. “He’ll use the experience [in the third-place match] as motivation.”

Knudsen vies for a state berth at the Barrington Sectional on Feb. 13-14.