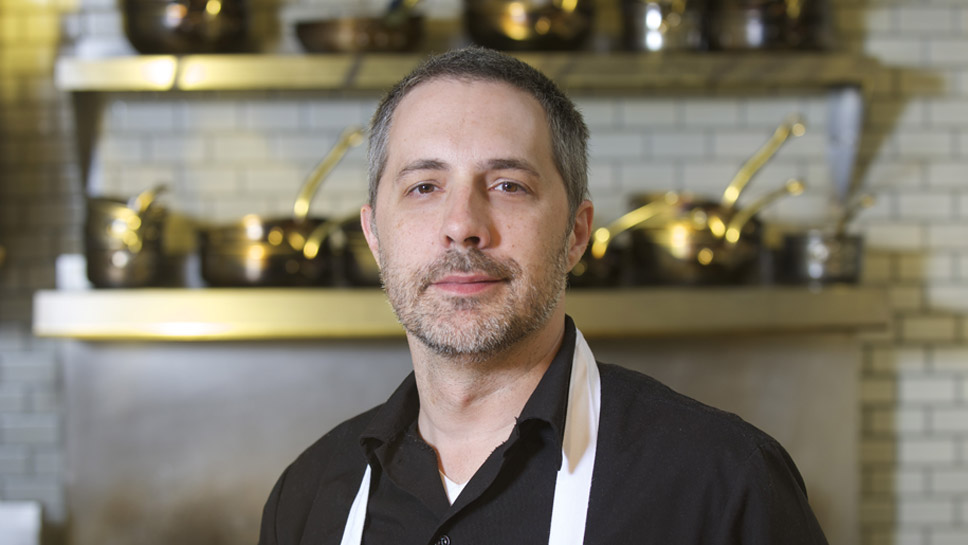 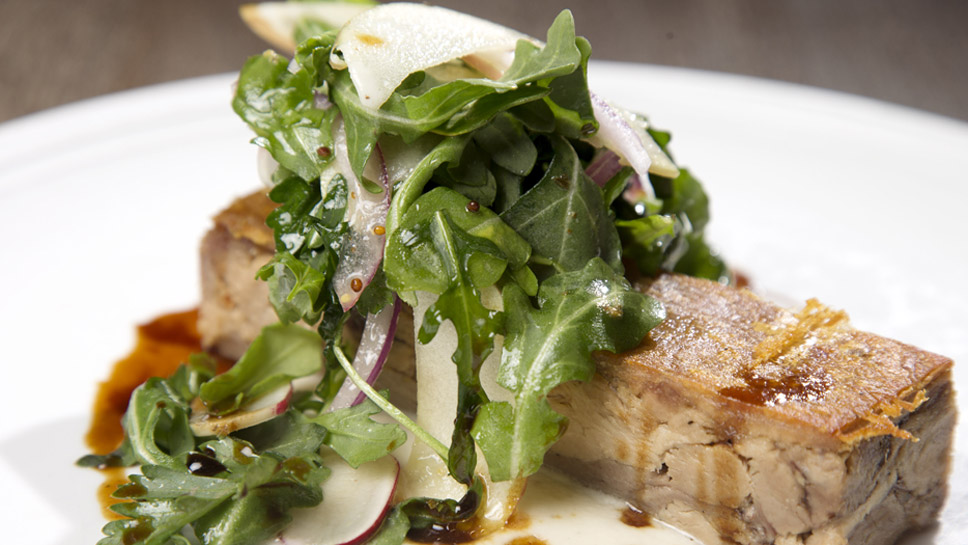 Slow Roasted Suckling Pig is on the menu at Guildhall in Glencoe.

Photography by Joel Lerner
Suckling pig is oftentimes more than a meal when prepared at home — it’s a certified event.
The process begins by consulting a quality butcher. Ask the butcher to remove the head and split the pig lengthwise. Don’t worry about missing out on the apple-in-the-mouth aesthetic; apples make an appearance later on in this recipe.

“The dishes on our menus tell the story of an American Bistro with European influences,” reads the website of the Guildhall Restaurant in Glencoe, whose head chef, Bradford Phillips, has personally supplied the recipe for Guildhall’s Slow Roasted Suckling Pig — on the menu now.

“We wanted to do something that was unique with pork,” explains Phillips, “just in a more elegant form.”

While the menu changes at Guildhall every four months or so, Phillips is constantly at work tweaking various recipes depending on what’s in season. So while the suckling pig works great, it can be easily substituted with pork shoulder. Mutsu apples (that go into the puree) can be replaced with Golden Delicious.

All in all, Phillips contends it’s a really simple dish that can be made ahead of time and kept it in the freezer.

“It’s taking a less expensive piece of meat,” says Phillips, “and then turning it into something that you can slide into fine dining, a casual night, or serve the family.”