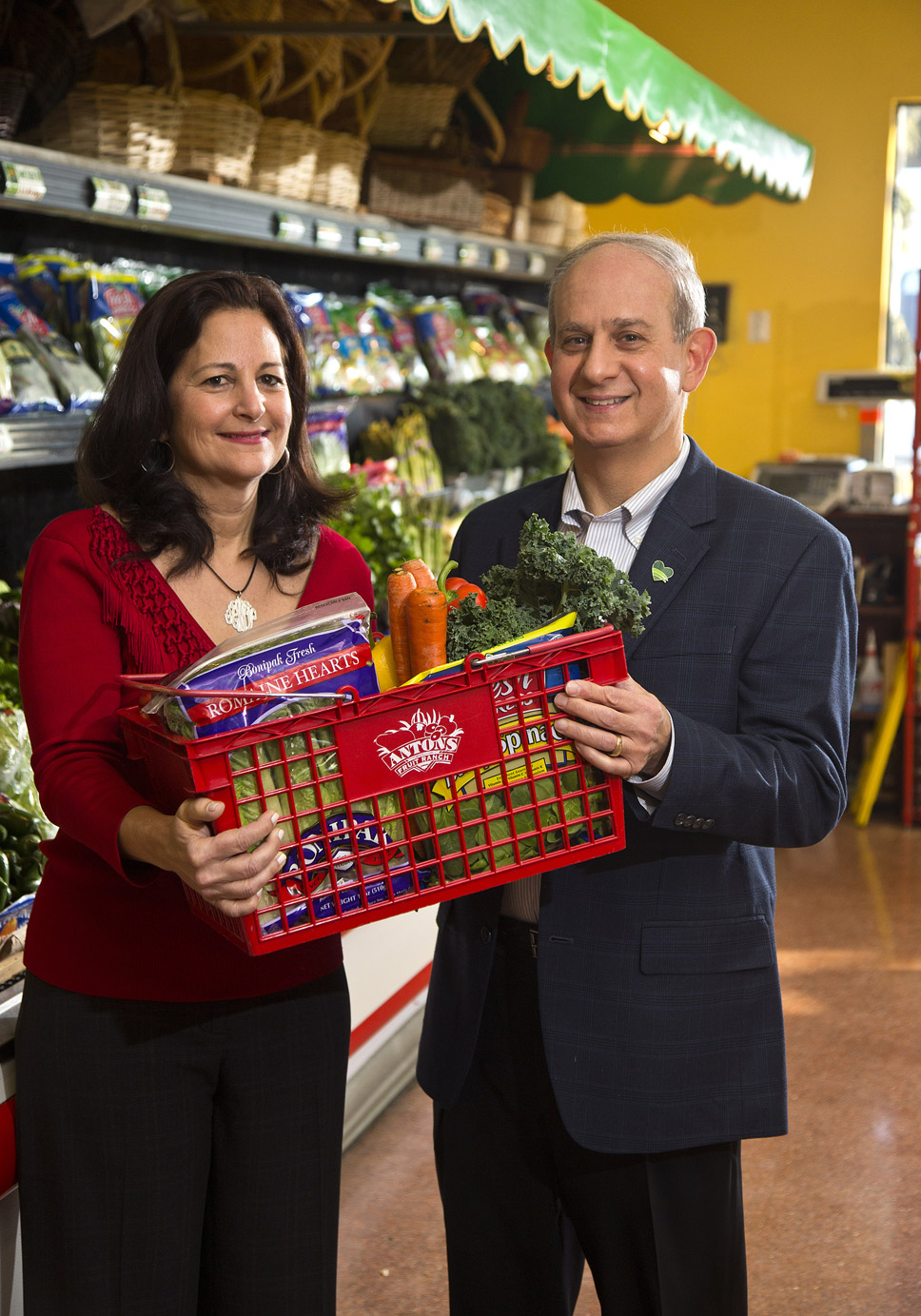 Anna Maria Viti-Welch was at her computer at her Highwood office, days after returning from a relaxing vacation in Mexico in April 2013. A sensation near her heart made her stop what she was doing. Something was burning.

“I remember feeling overwhelmed,” the Lake Forest resident and president of The Viti Companies recalls.

She stood up. She headed straight to her assistant’s office.

“Do I look OK?” Viti-Welch asked her assistant.
Viti-Welch still did not feel right. The assistant drove her boss to Highland Park Hospital, a 1.4-mile trip. Viti-Welch had considered calling for an ambulance. A potential scenario made her reconsider.

“I thought, ‘What if it turned out to be nothing?’ she says. “I would have been embarrassed.”
It turned out to be something. Something serious. Days later, an angiogram revealed a small blockage in a coronary artery. Viti-Welch would get to add “heart attack survivor” to her vitae.
“I was treated with medication,” says the 54-year-old mother of a 15-year-old daughter. “I did not need surgery. I was lucky.”

Viti-Welch now knows there are unlucky women out there — too many unlucky ones — at a computer, at an office, at home. Each year, one in three women die of heart disease and stroke. One in three. It is an alarming statistic, to women and men.

It is why Feb. 6 is the American Heart Association’s National Wear Red Day, part of American Heart Month. Heart health matters. You can’t beat a healthy heart — especially on Feb. 14, the busiest day of the year for hearts.

“Too many people don’t know how preventable heart disease is,” says Viti-Welch, who, since her heart attack, exercises for 50 minute in her basement each morning and works with a personal trainer once a week at Fitness Edge in Highwood. “I want people to know. There’s conflicting information out there, about what’s good to eat, about what’s bad to eat. I’m on a mission.”

Dr. Steven Devries, a preventive cardiologist, has been on a mission since launching the Gaples Institute for Integrative Cardiology in 2012. It is a nonprofit organization with the goal to improve heart health through education that emphasizes nutrition and lifestyle measures, combined with the best in conventional medicine.

Devries discovered medical students receive an average of only 20 hours total of nutrition education. Twenty hours. That is an alarming figure … an alarmingly low number of hours.
“After [med school], it gets worse,” Devries adds. “Young physicians in specialty programs, including internal medicine and cardiology, are not required to receive any training in nutrition whatsoever. This has to change. The Gaples Institute has led the effort to bring this problem to light. We are reaching out with educational programs to community members, as well as conducting panels across the country for health professionals.

“This work,” he adds, “is where my heart is, and we are fortunate that it has already resonated with so many.”

Viti-Welch met Devries after her heart attack and learned all about the Gaples Institute. It enlightened her. It triggered a change in her diet (no caffeine, more vegetables, more fruit) and lifestyle (a disciplined exercise regimen). It heartened her.

Viti-Welch loved her job before her heart attack. She still loves it. Stress probably did not produce that small blockage in a coronary artery. Countless North Shore residents are highly successful folks with high-paying jobs. Many of the countless own Type A personalities, plowing through their workdays with a this-has-to-be-done-yesterday verve.

They must be high-risk candidates for heart disease, right?

“It’s the opposite of what you’d think,” says Dr. David Najman, a cardiologist with NorthShore University HealthSystem. “People with highly stressful jobs tend to be low-risk candidates because they’re educated, smoke less, and they’re more committed to exercise.

“People, though, still need to be aware of the risk factors,” he adds. “Not enough people are aware of those.”

It is a week before National Wear Red Day. Viti-Welch is sitting in a conference room in her office building, not far from the spot where she felt frighteningly overwhelmed nearly two years ago. She is fit, vibrant, determined. Heart awareness is on her mind, ever-ready to be shared. It will be there for a while. It will be there for as long as her heart beats.

“Anna Maria is working hard to build awareness of heart disease and to help motivate people to take charge of their health,” Devries says. “She has a heart of gold.”