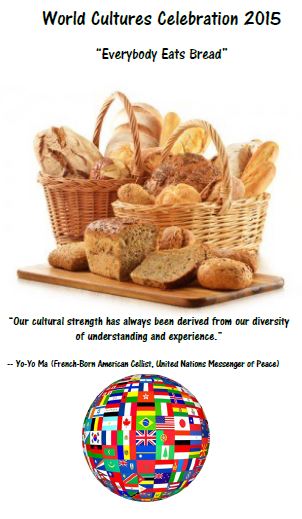 It is a small world after all—at least that is the message that Glenbrook South High School hopes to share as it prepares to host its first-ever World Cultures Celebration this Saturday, February 7.

The event, open to the public, will represent the cultures and customs of 12 different countries including Bulgaria, the Caribbean Islands, China, Columbia, France, Germany, India, Japan, Korea, Mexico, Mongolia and Poland with entertainment running throughout the day on a main stage and various booths that will have further activities and artifacts, learning opportunities, authentic food and shopping experiences. Some examples include fashion shows featuring traditional saris from the Indian subcontinent, poetry readings from Puerto Rico and France, martial arts demonstrations, a presentation of Germany’s version of the “Macarena,” photo ops wearing kimonos and anime ‘round the hour.

It was the idea of second-year math and ELL (English Language Learning) teacher Esther Bowen who saw a need to transform the school’s formerly standard international fair (often during school lunch periods and solely for students) into a community event that also reflected Glenview’s rich cultural diversity. “There are so many wonderful restaurants, businesses and places of worship from many different countries. Our students are always willing to learn about other cultures or be exposed to a more worldly view and hopefully the community will join them in this pursuit,” she said, noting that many of the ethnic businesses in town helped to sponsor the event with resources and supplies.

In fact, according to the latest Census Report in 2013, Glenview’s population of 45,417 people shows increasing numbers in minority populations including 12.5% Asian and 5.8% Hispanic residents, with 21.7% stating they were foreign-born and 31.8% indicating a language other than English was spoken in their homes. It’s a trend seen in the growing numbers of multi-cultural students at GBS, too, evidenced in this graph provided by IllinoisReportCard.com.

“[The cultural makeup] is continually changing and the students here are really blending in and learning from each other,” said Bowen, noting that the variety of ethnic clubs and languages GBS now offers (from standard French and Spanish to Chinese Mandarin, Japanese and German) has also encouraged a more worldly perspective. “Everyone from students to staff are so accepting and welcoming and encouraging,” she continued. “Watching kids blossom from not being able to speak English, which keeps them almost segregated in a way, to being able to communicate and integrate with more people outside their internal groups is a beautiful thing. And I thought how great it would be to put together event this where everyone can be together, meet each other and find out what they have in common and what unique differences they can be proud of, too.”

Bowen put in a good amount of research to pull off the event, visiting like-minded events and interviewing coordinators at Stevenson High School about their two-day Worlds Fair and officials with Niles Township, which hosts a three-month international affair with the town, mayor and libraries of Skokie, Niles and Morton Grove all getting involved.

Bowen then discussed the idea with her ELL students and met with a representative of each cultural club to get it running. “We’ve been working since October to meet different deadlines, and they’ve come up with wonderful ideas on their own,” she said. There are 105 total students participating with 75 manning the booths. Although the event is student run, each booth has an adult sponsor to help secure food and other items to tie into the event’s theme of “Everyone Eats Bread.” Said Bowen, “Every culture has their own version of bread and it will be exciting for people to see how that changes around the world and uncover what makes each culture unique and also what ties us all together.”

Admission is free and open to the public. Food tickets are $2 and $1 for bottled water