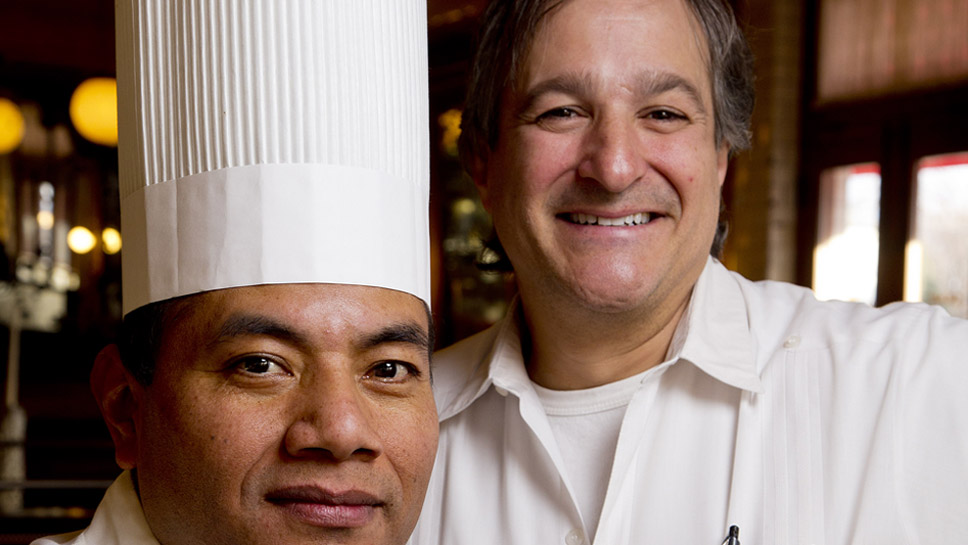 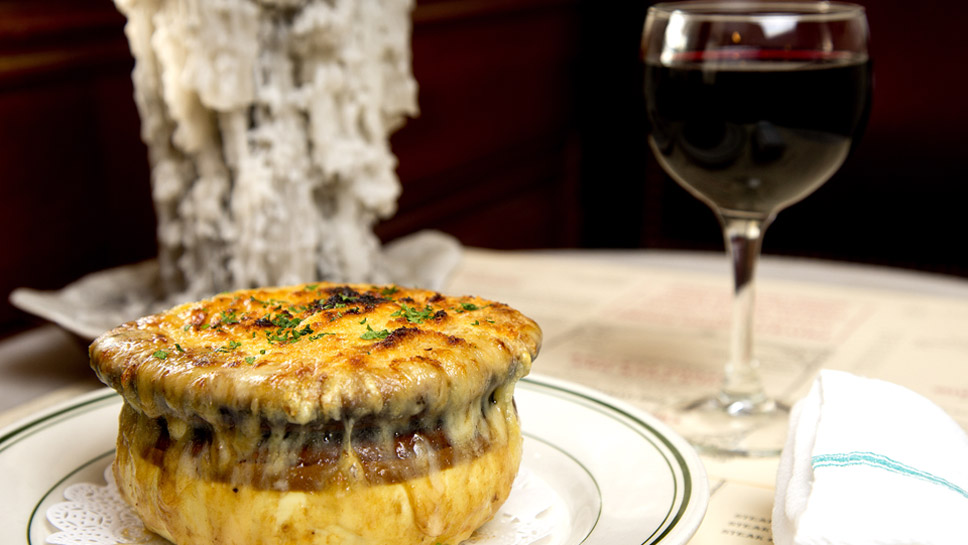 French onion soup is a crowd-pleaser at Miramar. Photography by Joel Lerner

Soupe à L’oignon gratiné — what we refer to in the United States as French onion soup — isn’t too common outside of bistros and appetizer menus. Which is a shame, because it’s simple enough to prepare and rewarding to make — especially in the winter.

While the star ingredient of this dish is the onions, there are a lot of complementary players that go into a satisfying French onion soup that, when in harmony with each other, evoke a robust broth.

Gabriel Viti, the owner of Miramar in Highwood, has been serving his version of the classic baked onion soup for more than 11 years. An unabashed Francophile, Viti enjoys a good bistro so much that he actually swam across the English Channel to France in August.

“The heart of the French kitchen is in the bistros,” says Viti, “that’s why I feel like this dish represents Miramar perfectly as a great bistro.”

In Viti’s recipe, which is created by chef Braulio Patzan, he opts out of the more traditional beef stock in favor of chicken stock.

Another key difference is the cheese.

“Our secret is we use about a pound of cheese. In fact, I think some times people come in just to eat the cheese.”

Viti’s advice: serve your soupe à L’oignon gratiné in a crock bowl, with croutons on top that are cooked with parsley, garlic, and olive oil. And don’t forget to liberally add the fromage (parmesan, gruyere, or Swiss) for a tasty appetizer that can double as an entrée.