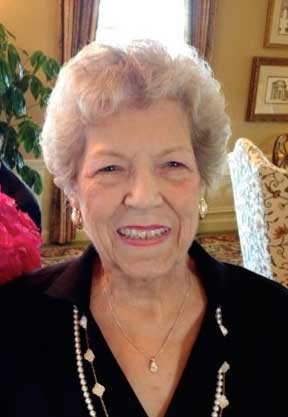 Elisabeth Law Roberts, long time Lake Forest resident, died January 19, 2015. Born October 20, 1931, in Chicago, she lived in Ravinia as a child before moving with her parents, Fred and Elisabeth Law, to Washington, D.C., during World War II where her father was a colonel on General Marshall’s staff. Upon returning to the Chicago area after the war, she was enrolled in Wayland Academy, Beaver Dam, Wisconsin, from which she graduated in 1949. After boarding school, she attended the University of Colorado.

In 1953, she married Theodore Harris Roberts at the Thorndike Hilton Chapel at the University of Chicago where her parents were the first couple to be married after the chapel was opened. They had four children: Susan Elisabeth (David C.) Barnum, the late William Harris, Julia Ann and John Edward (Lorelle). There are eight grandchildren and a surviving brother, John Manning (Carol) Law of Denver, Colorado.

A Memorial Service will be held at 2 p.m. on Saturday, January 31, 2015 at the First Presbyterian Church of Lake Forest, 700 N. Sheridan Road, Lake Forest. Interment at Lake Forest Cemetery will be private. Info – Wenban Funeral Home, www.wenbanfh.com or 847-234-0022.

In lieu of flowers, contributions in her memory may be made to the Liver Transplant Area at the University of Chicago Medical Center.