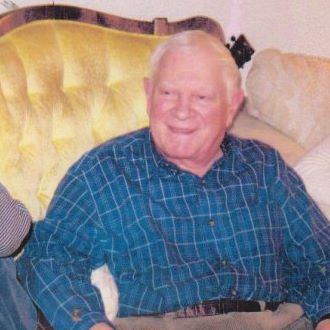 After graduating Phi Beta Kappa from Dartmouth College in 1952 and receiving an M.B.A. degree from the Amos Tuck School of Business in 1953, Mr. Pandaleon served in the U.S. Army where he was stationed at Fort Benjamin Harrison in Indiana. In 1954 he married Mary Elizabeth Donovan of Longmeadow, MA, and settled in Chappaqua, NY, raising their two sons.

In 1988 he was re-married to Joan Heppiner Sharpe of Manhattan, where they resided until recently. A marketing and finance expert, George held sales and executive marketing positions at U.S. Rubber Company, American Brake Shoe Company, and Old Town Carbon and Ribbon Company before joining Martin Reel Company in 1965, ultimately becoming President. He sold Martin Reel to Zebco in 1991, staying on as President.

George was devoted to his family. He enjoyed playing sports in his youth, and as a father coached both Little League Baseball and Football. He also loved music, with Bob Dylan and bagpipes among his favorites. An excellent cook, he would shop for the perfect ingredients, carefully prepare everything, and of course delight in the eating.

George was preceded in death by his parents, and is survived by his loving spouse Joan, his two sisters Daisy and Julia, two sons George (Peggy) and Thomas (Harumi) Pandaleon, two step-sons Jason and Amory Sharpe, and eight grandchildren; Andrew, Theodore, Claire, Sean and Julia Pandaleon, and Emily, James and Nathaniel Sharpe.

A memorial service will take place on Saturday, February 7, 2015 at 4:00 PM at Trinity Episcopal Church, 425 Laurel Avenue, Highland Park, IL. In lieu of flowers, memorial contributions may be made to the Staff Appreciation Fund, Sedgebrook, 800 Audubon Way, Lincolnshire, IL 60069.