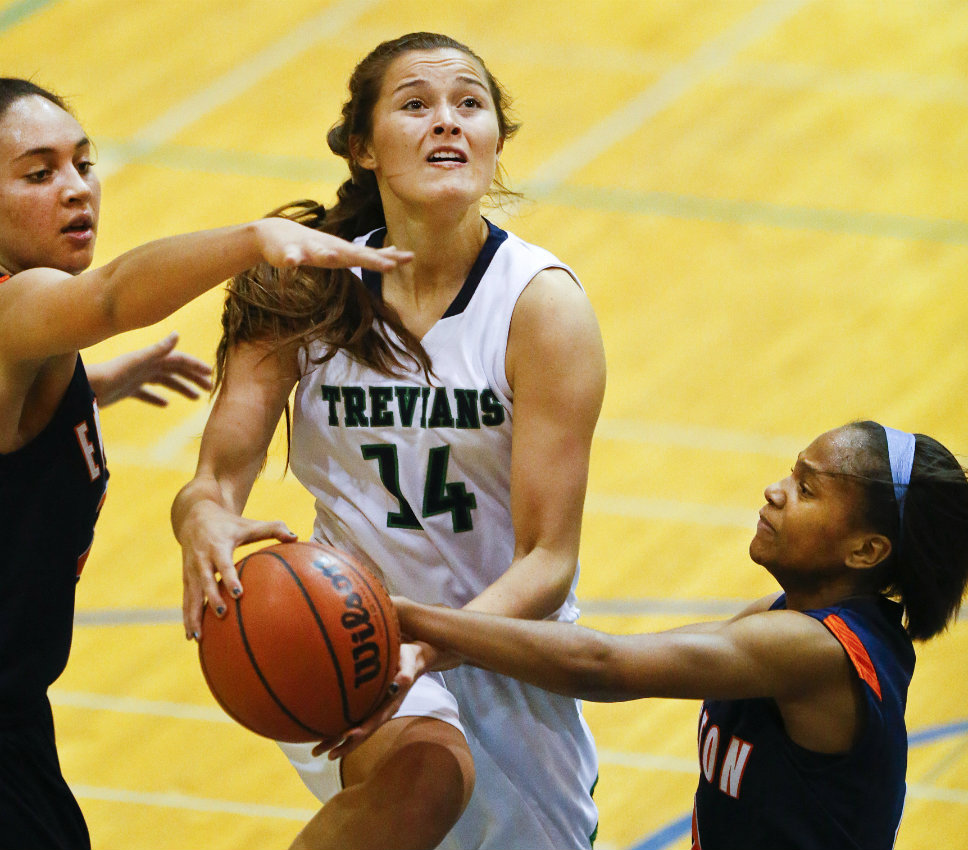 New Trier High School’s Jackie Welch drives to the basket in a game against Evanston earlier this season. Photography by Joel Lerner

The reigning Central Suburban League South Female Athlete of the Year danced briefly on a basketball court last weekend. New Trier’s fun-loving senior guard, Jackie Welch, was not called for traveling, because the impromptu performance took place during the warm-up session before a game at the McDonald’s Shootout at Willowbrook High School.

The moves surprised nobody. It was Jackie Welch being Jackie Welch, a superb athlete with a healthy perspective on sports, on life. As she danced before the NT-Champaign St. Thomas More game on Jan. 17, the 5-foot-11 Trevian beamed a three-point-arc-wide smile.

“That pretty much sums up Jackie, captures her personality,” NT junior guard/forward Kathryn Pedi says of Welch’s impulse to cut a rug on hardwood and have a blast while doing so. “She gets even crazier on the bus. She dances and sings on the bus. She has a good voice.”

She has a fear of clowns, too. A Ronald McDonald — in a garish yellow-and-red outfit, under a mop of red hair, wearing layers of white face paint — bopped around and posed for pictures with players at last weekend’s shootout in Villa Park. He mingled with fans in the bleachers. He attracted others in the lobby area.

But Welch plays sports with a fearlessness, on basketball courts and soccer pitches. A center-back for the reigning Class 3A state soccer champs, she makes an impact at both ends of the playing surface in her winter sport. Welch’s height and tenaciousness on defense make life difficult for opposing shooting guards and small forwards. She is a threat on offense, capable of nailing the occasional trey and delivering the occasional behind-the-back pass on a fast break. Her averages for a 19-1 team are 6.3 points and 2.5 assists per game.

Basketball is her fun diversion, her chance to show everybody she’s pretty adept with her hands, too. In a win against reigning Class 3A state champ Montini earlier this month, Welch got creative near the bucket, normally foreign territory for her when the Trevians are running their half-court offense. She collected an entry pass, faked left, dipped, scored.

“Basketball is not her primary sport,” says Trevians basketball coach Teri Rodgers, who accepts that reality. “She brings an energy, a nice energy. She plays the kind of basketball … it’s relaxed, fun basketball. Her teammates see that, and they like that. They also know Jackie has played in some big games, big soccer games.”

Rodgers’ hoops squad played in a series of significant games last year, reaching a Class 4A supersectional and finishing with a mark of 27-5. Welch played a pivotal role throughout the season, averaging nearly 20 minutes per game (third on the team) and exactly 6.9 points, 2.3 rebounds, 2.9 assists and 1.3 steals.

One of the leaders.

“We realized leadership doesn’t have to come from one person,” Welch says. “A lot of us are chipping in.”

Welch has had a hand and foot in a lot of wins in her seasons as a booter and hoopster at New Trier. A total of 155 victories, through Jan. 17. Her freshman basketball team went 28-0. She played on varsity as a sophomore guard, for a team that finished 14-12. Last year’s squad and this year’s crew have combined for a 46-6 mark thus far. Her first three varsity soccer teams won 20, 16 and 31 matches. Winner. Welch is a winner.

Another number in her life, one that has nothing to do with athletics, is 27. Jackie Welch, beginning this fall, will be the 27th member of her family to attend Indiana University. Twenty-seventh. A part of the IU application for admission asks applicants to list the names of their relatives who had attended the campus in Bloomington.

Welch ran out of room.

She does not plan to marry into the IU soccer program. Or the IU basketball program. Sports, the organized kind, are not in her future.

“I want to find other hobbies, other interests,” Welch says.

Being a junior, on a state championship soccer team last spring, thrilled her. She downplays her role, saying, “I was not that special; I didn’t score the game-winning goal.” New Trier won 1-0 in a state semi, 1-0 in the state final. She was part of the Trevians’ defense. She was a part of a special unit.

“Our team motto was ‘Serious fun,’ ” Welch says. “We were fully focused when we had to be. We also had a lot of fun along the way, enjoyed ourselves.

“That motto … it’s one you can apply to everything you do in life,” adds the serious athlete/fun dancer. “It’s a great way to approach something, a great reminder to keep things balanced. That’s what I learned. We all learned that.” 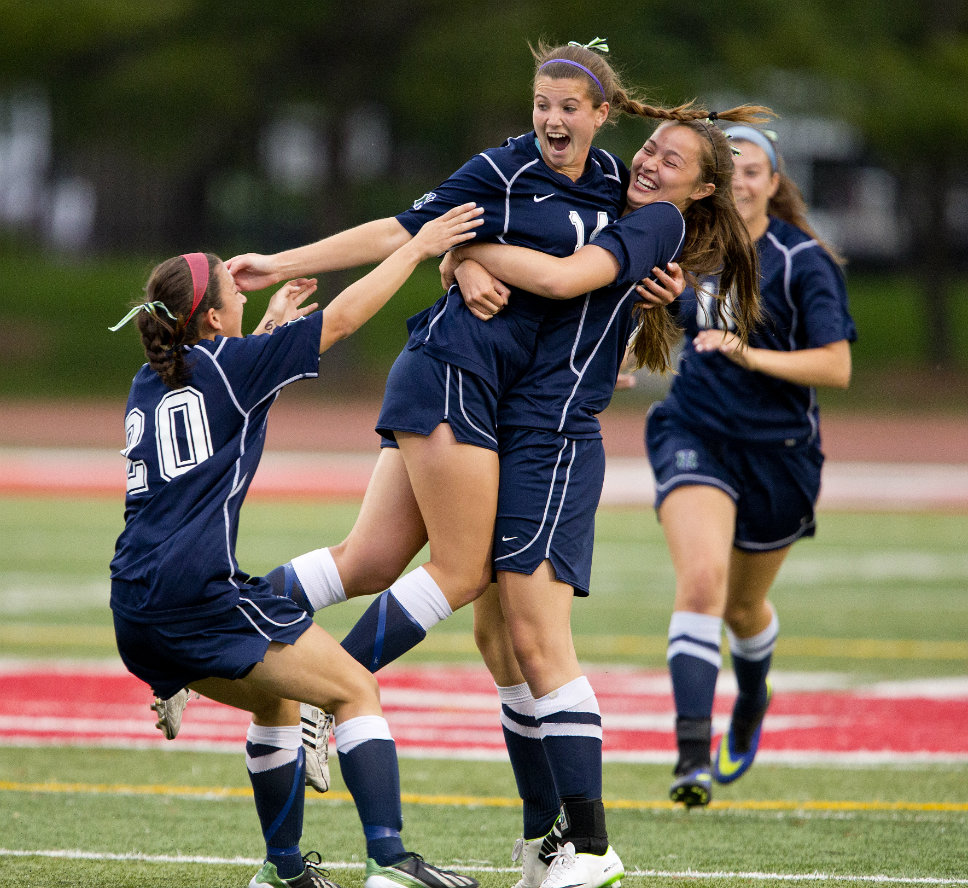