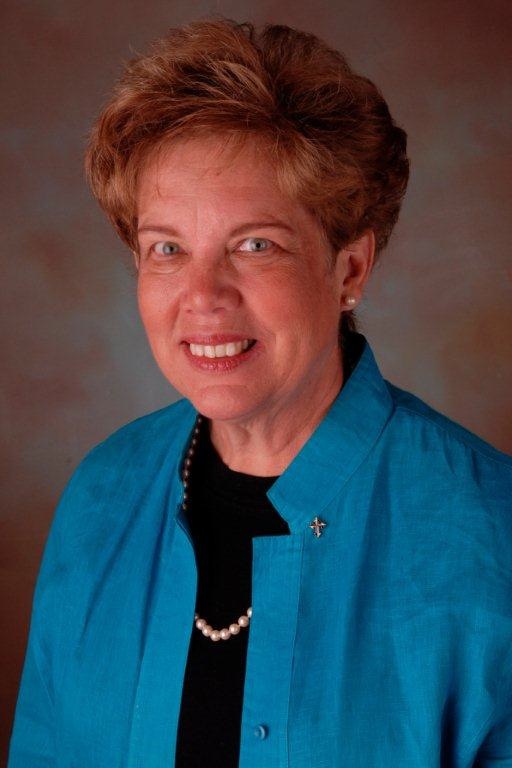 Catholic Charities USA hired Sister Donna Markham to be its president, the first woman chosen for the position. She succeeds Rev. Larry Snyder and will officially assume office as CCUSA’s 10th president on June 1, 2015.

Sister Markham is a graduate of Regina Dominican, Class of 1964, and is former Prioress of the Adrian Dominican Congregation, according to a press release:

“I am both honored and humbled to engage in this enormously important ministry,” said Markham. “There can be no greater call than to serve and advocate on behalf of persons who struggle to get by in a world where they are all too frequently relegated to the margins of society and where they long for dignity, hope, and compassion.”

Markham was named president of Catholic Charities because of her extensive knowledge and leadership skills.

“After a nationwide search, Sister Donna was selected based on her extensive relevant experience, her demonstrated leadership skills, and her deep sense of commitment to the poor,” said Sister Linda Yankoski, chair of the Board of Trustees, in making the January 12, 2015 announcement.

A board-certified clinical psychologist, Markham currently serves as President of the Behavioral Health Institute for Mercy Health, where she is engaged in leading the transformation of the delivery of behavioral healthcare services across seven regions in Ohio and Kentucky. Before her role as Prioress of the Adrian Dominican Sisters, she served for 10 years as President of Southdown Institute, an Ontario-based residential treatment program for clergy and religious experiencing a wide range of mental health issues.

Markham’s previous experience has also had a global impact. She has met with Christian church leaders in Iraq, was a delegate and speaker at the UN Global Peace Initiative of Women in Jaipur, India, and consulted with religious leaders in South Africa to facilitate clarification of their role in the process of national reconciliation. Following the end of Communist rule in Eastern Europe, she met with religious leaders who were coming out of hiding in Hungary, Yugoslavia, and Poland. She was involved in the UN sponsored mediation efforts between Arab and Israeli psychologists and psychiatrists striving to address issues pertaining to the effects of war on children.

As a Regina Dominican Leadership Institute Speaker last March, Markham spoke about her call to serve. In her presentation to students, “The Importance of Leadership in a Changing Global Community,” she discussed the need for global outreach and reconciliation.