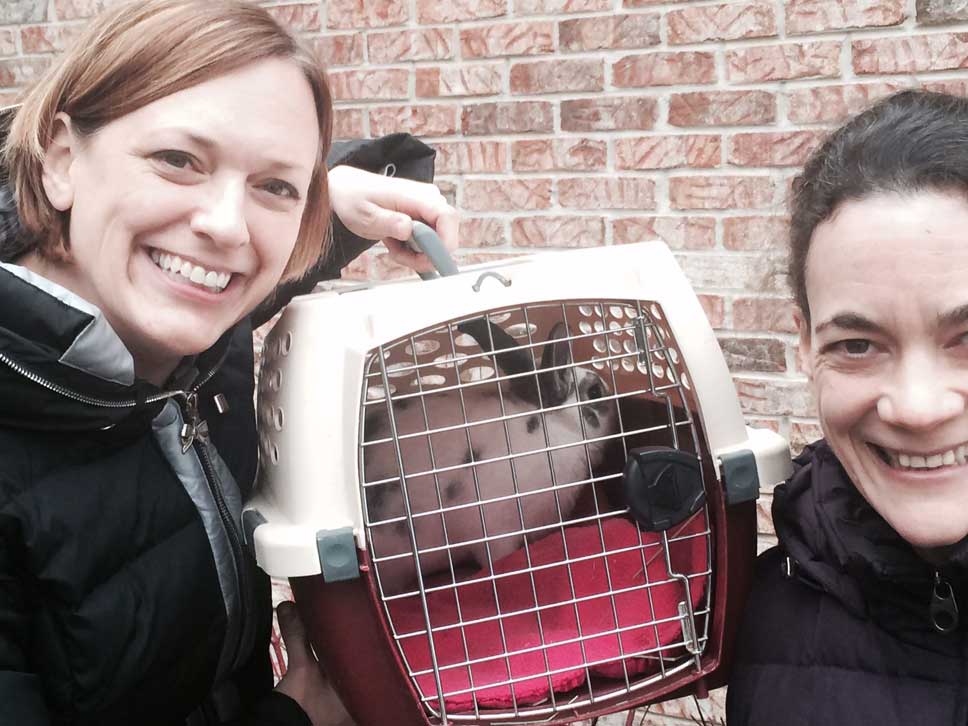 The homeless rabbit who was hanging out in Mary Pat Kennedy Lundgren’s Lake Forest backyard was rescued on Wednesday afternoon thanks to the quick efforts of volunteers from Red Door Shelter, who learned about the animal’s plight earlier that day from a Daily North Shore story.

It takes a village to save a bunny!

Daily North Shore received multiple emails throughout the day from concerned readers and rabbit rescuers – yes there are people and entire organizations who specialize in rescuing rabbits. Chicago-based Red Door Shelter is one such group. It takes in dogs and cats as well as rabbits and is the only no-kill rabbit rescue organization in the Chicago area, said Toni Greetis, VP of the agency. Toni lives in Chicago, but on Tuesday she and fellow volunteer Tamara Friedman drove to Lake Forest to save the grey and white spotted rabbit that had been living in Mary Pat’s back yard for weeks.

“We are experts at catching rabbits who have been abandoned,” said Toni, who was called away on another rabbit emergency a few hours after the Lake Forest mission. “Although it will cost a small fortune, we will provide this baby with excellent vet care, spay/neuter, food and shelter until it is adopted into a loving home. Given that this bun has been outside for over a month, it will likely need extensive vet care – malnutrution and parasites are very common in rabbits left outside.”

(Want to help with expenses? Contact Toni at [email protected])

Mary Pat is delighted with the rescue effort, as she had feared a coyote would dine on the rabbit one of these days.

“The bunny is now safe and sound thanks to Daily North Shore and Red Door Animal Shelter,” she said – forgetting to include herself in the team.

“Toni and Tamara came to the house and were able to find the bunny — no small feat as it moves around and hides in various bushes. They gently cornered her and picked her up and she is now on her way to a nice warm house with lots of food and medical care. Later she will be neutered and placed for adoption. No more sub-zero weather and hiding from the coyotes for her.”

Once they had the rabbit in hand, the volunteers determined it is a young, English Spot breed. They named her Kennedy, after Mary Pat. 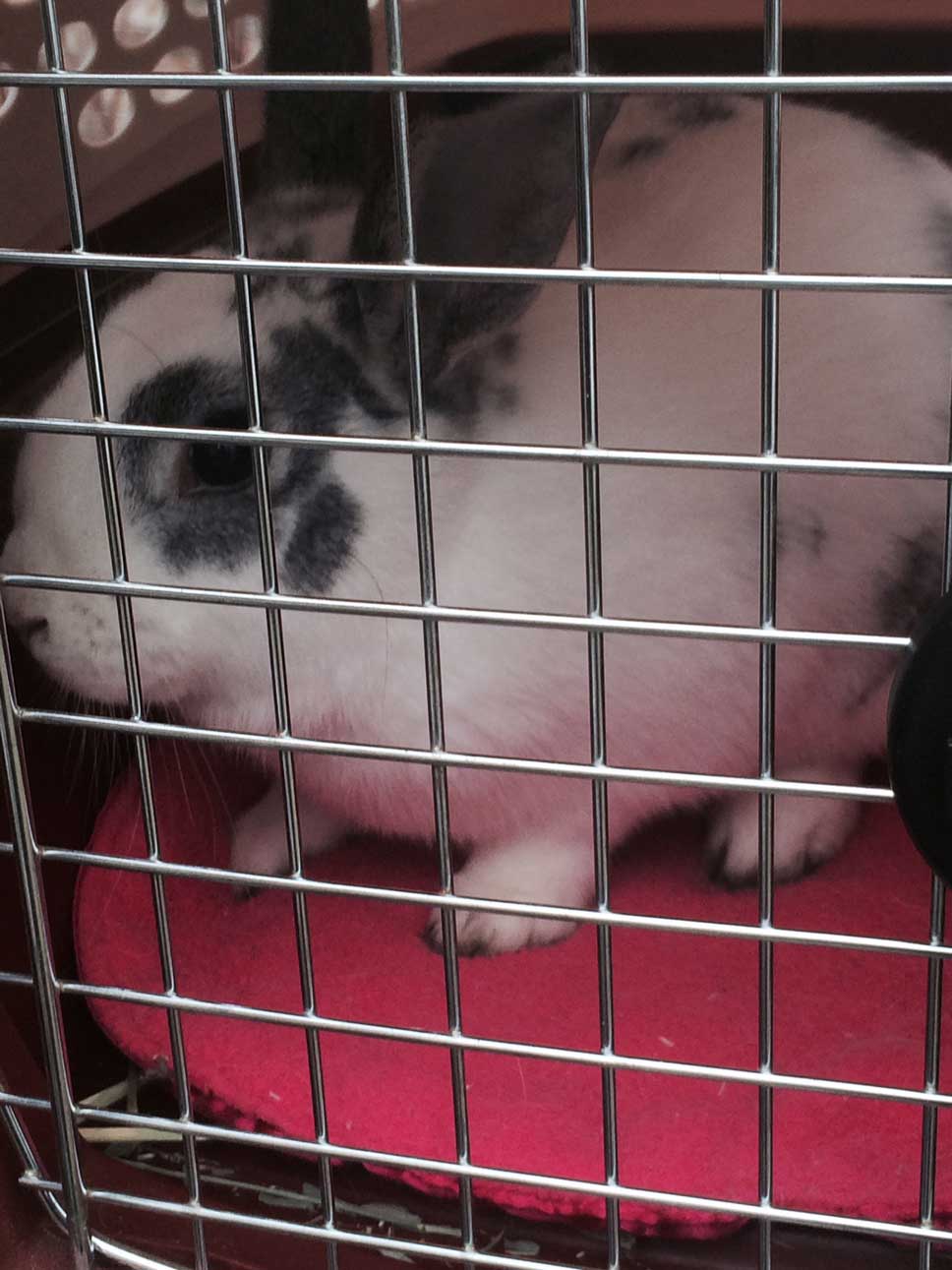