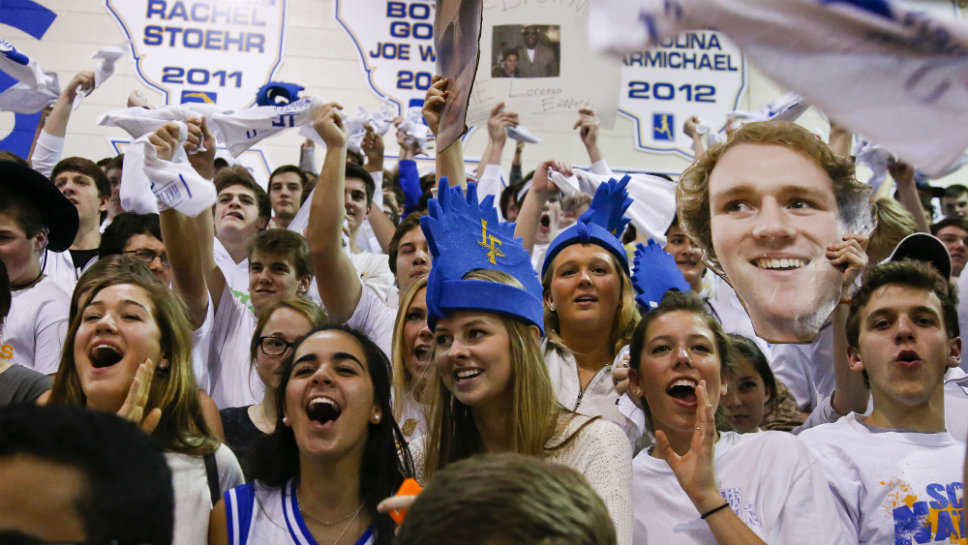 This one lived up to the hype.

Before an overflowing crowd — more than 1,400 fans — two of the area heavyweights battled it out on Jan. 15.

The Scouts (16-1, 5-1) didn’t go down easily. They were led by senior center Evan Boudreaux, who finished this North Suburban Conference Lake showcase game with 29 points and 14 rebounds.

Memorable games have become the norm when these two teams meet. Last February, the Patriots needed double overtime to beat the host Scouts 95-93. In that one, Brunson scored 57 while Boudreaux had 43.

“It was a great environment for the kids,” said Lake Forest head coach Phil LaScala. “They will remember this game for the rest of their lives.”

Ultimately, Brunson was the difference. The Villanova recruit scored 16 points in the fourth quarter. He finished the game 16-for-18 at the foul line.

Boudreaux was clutch most of the night. His two free throws tied the game 65-65 with 2:06 left to play.

Senior forward Steven Vogrich and senior guard Jack Traynor also came up big for the Scouts in the fourth quarter. Vogrich tallied seven of his 10 points in the final 6:04 of the contest. He came up with a crowd-pleasing dunk with 4:50 left and then added an ice-in-the-veins three-pointer from the right corner to give LF its only lead of the game, 60-59, with 3:35 left to play.

Traynor (7 points) drilled a key three-pointer and drained a pair of free throws in the final 2:42 of the contest.

Edwards came off the bench to score 10 points. He added seven rebounds and two monster blocks.

Stevenson improved its record to 16-1 overall and 6-0 in conference play.

The rematch is set for Feb. 20 in the Stevenson gymnasium.