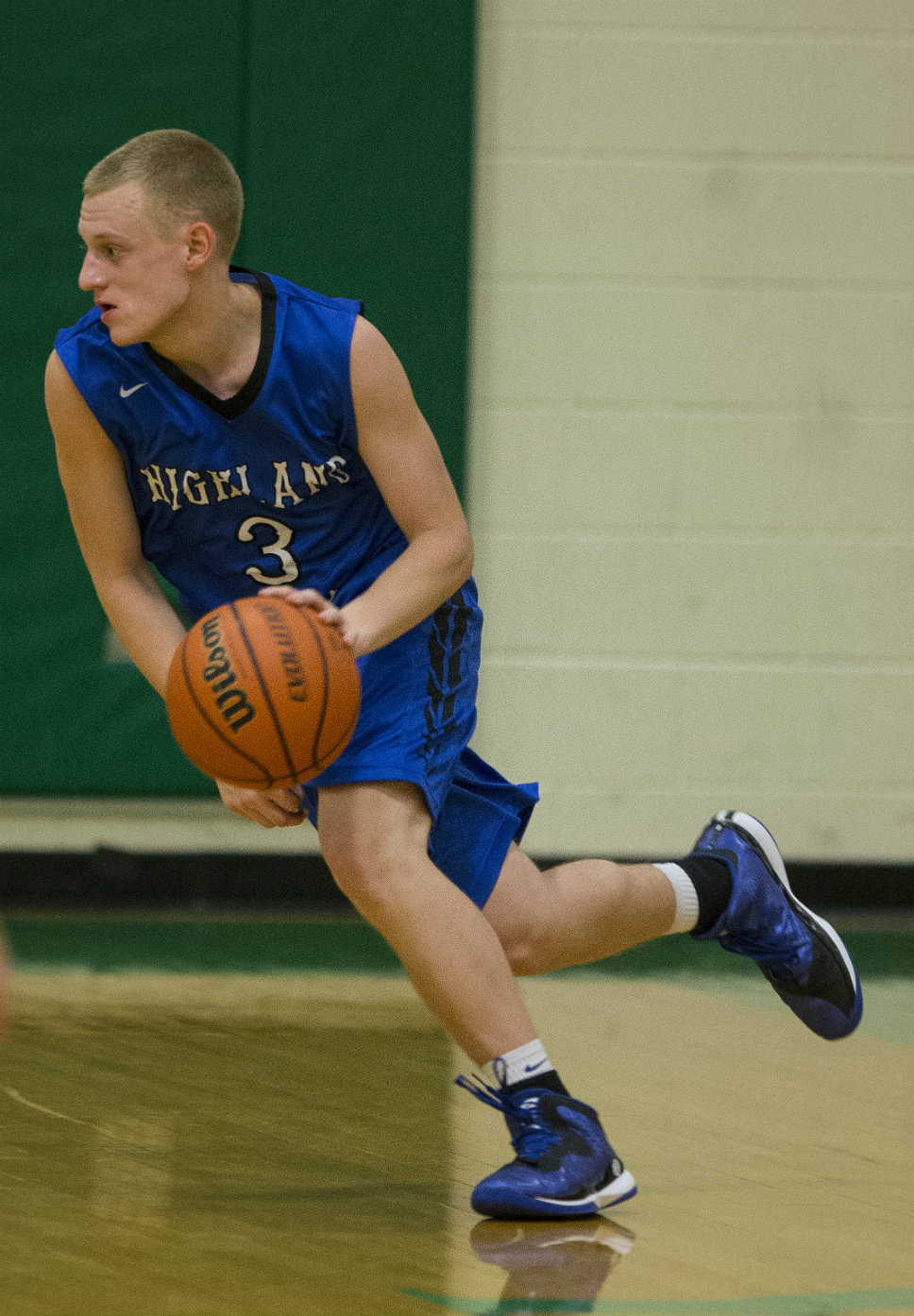 They go way back, Jason Beermann and David Sachs. The future Highland Park High School basketball teammates shared space in a kindergarten classroom when they first met and each boasted a vocabulary of nearly 50 words, maybe more. They probably ate cookies during a break in the school day, drank juice.

Ran around with temporary juice mustaches.

“We probably played Ring-Around-the-Rosy, games like that,” Sachs recalled. “Games for young kids.”

They played in a game for older kids on Jan. 9. They suited up as senior starters for HP’s varsity hoops squad at Niles North in Skokie, Sachs’ name announced to the crowd right after Beermann’s. Sachs, the Giants’ leading scorer, stands 6-foot-2. Beermann, the Giants’ reliable sparkplug and three-point sniper, stands 5-9.

Sachs went scoreless in the first half against the Central Suburban League North-leading Vikings. HP trailed only 27-22, so the panic factor was low. Sachs and Beermann and the rest of the team huddled up before the start of the second half. Players delivered reminders.

“We’re a veteran team,” Beermann would say later. “It’s the last season for a lot of us. It’s a big game. We had to do whatever it took to get the win. Hustle plays change games.

Beermann made plenty of them at the start of the third quarter. He collected two steals and took a charge in the frame’s first 1:41. Beermann’s big three-pointer — on an assist from Sachs, at the 5:29 mark — tied it at 31-31. Back in it. Back in the game. For good. HP left Niles North’s gym with a 56-48 victory. Sachs poured in 11 of his team-high 13 points in the Giants’ 17-point fourth quarter.

Beermann finished with 11 points, nine from three-point territory. It’s not that common, a clutch shooter who also plays lunch-pail hard and never hesitates to skid and skip his body atop hardwood to make sure his team retains possession of the ball.

“He’s a really good shooter, not just a really good hustle player,” Giants coach Paul Harris said after the win, which put HP (10-3, 3-1) in a three-way tie for first place with Niles North (11-5, 3-1) and Deerfield (7-8, 3-1) in the CSL North. “Guys have a lot of belief in him, in his shot, in his ability to knock down big shots in big situations. His ball handing has improved. He’s got range, a quick release. He’s also now more reliable as a defender.

“But knocking down shots … that’s Jason, that’s what we’re seeing from him,” he added. “He hits big shots.”

HP’s biggest shot of the night left Sachs’ hands shortly after a Highland Park timeout. The step-back three-pointer, off a ball screen, put the visitors up 50-48 at 2:02 of the fourth quarter. It punctuated the Giants’ 17-3 game-ending run. Niles North scored only three points in the final 6:33.

“Our guys hung in there.”