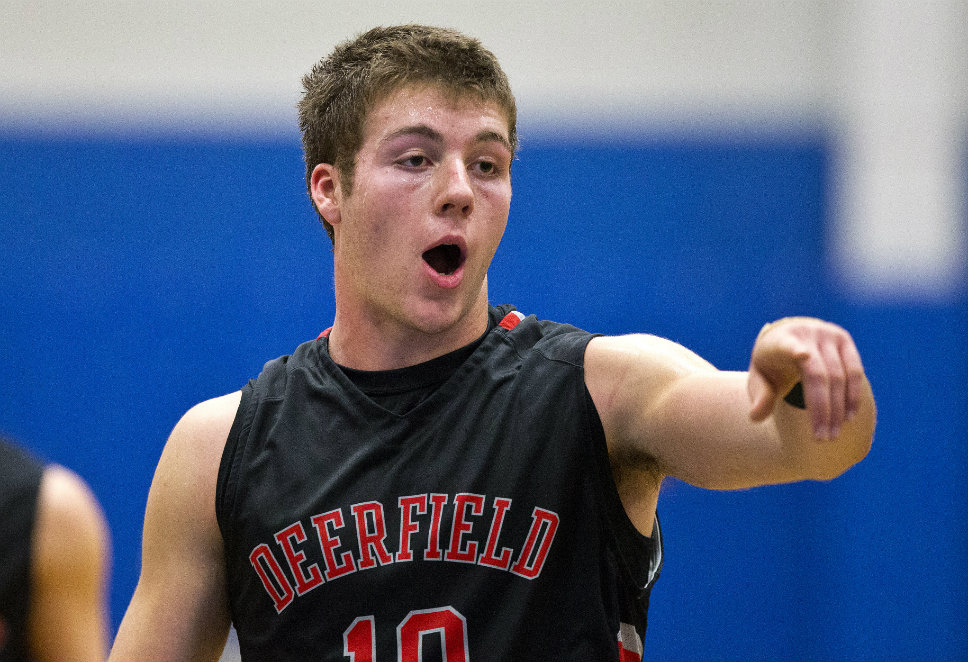 AT GLENBROOK NORTH: Sparked by senior Nick Zwart, Deerfield got back on track.

The 6-foot-3 senior came up with game highs in points (14) and rebounds (9) in the Warriors’ 40-32 road at GBN on Jan. 9. Teammate Sam Kuznetsky had seven points and three assists.

Zwart also starred on the defensive end. The Warriors didn’t allow a point in the final 6:27 of the game.

With the win, Deerfield ended a three-game losing skid and returned to the .500 mark (7-7). The Warriors are 3-1 in the Central Suburban North, tied for first with Highland Park and Niles North.

GBN (8-6, 2-2) was led by senior Pat Hamilton. He had 13 points — all in the first half. Junior Jordan Kaplan had nine points and four rebounds, while sophomore James Karis had six points.

AT GLENBROOK SOUTH: The duo of Robbie Abuls and Ryan Haak led the way as New Trier claimed a 55-40 league victory at GBS on Jan. 9.

Both players finished with 16 points to help the Trevians improve to 7-6 overall and 3-1 in the CSL South.

The host Titans fell to 8-7 overall and 2-2 in league play. Junior Jimmy Martinelli led the team with 12 points. Senior Sean McDonagh had 11 points.

Lake Forest needed overtime to get past visiting Niles Notre Dame 82-78 on Jan. 9.

The Scouts, who improved to 16-0, received stellar performances from Evan Boudreaux (38 points, 13 rebounds) and Noah Karras (20 points). Boudreaux, who is averaging 25.3 points and 12.3 rebounds per game, made 11 of 13 free throws. His dunk was another highlight in the overtime.

Karras, who is averaging 13.0 points per game, made four of his seven three-point attempts.

Lake Forest will put their unbeaten record to the test on Jan. 15, when the Scouts host Stevenson at 7 p.m. The Patriots will come into the contest 5-0 in conference play and 14-1 overall (14-0 against Illinois teams).

Mike Mangan led the team with 13 points, while Ramar Evans tallied 12 points, nine rebounds and three steals. Mangan was 5-for-6 at the foul line. Evans made 7 of 8 free throws.

AT NILES NORTH: Highland Park put it all together in the second half and wound up downing the host Vikings 56-48 on Jan. 9.

The Giants (10-3, 3-1) overcame a 27-22 halftime deficit by chaining together a pair of 17-point quarters. Balanced scoring was key. David Sachs tallied 13 points, while the Giants received 11 points each from Jason Beermann, Luke Norcia and Jordan Krawitz. Beermann was 3-for-4 from beyond the arc.

HP’s Hallvard Lundevall led the team in rebounds (5) and blocks (2).