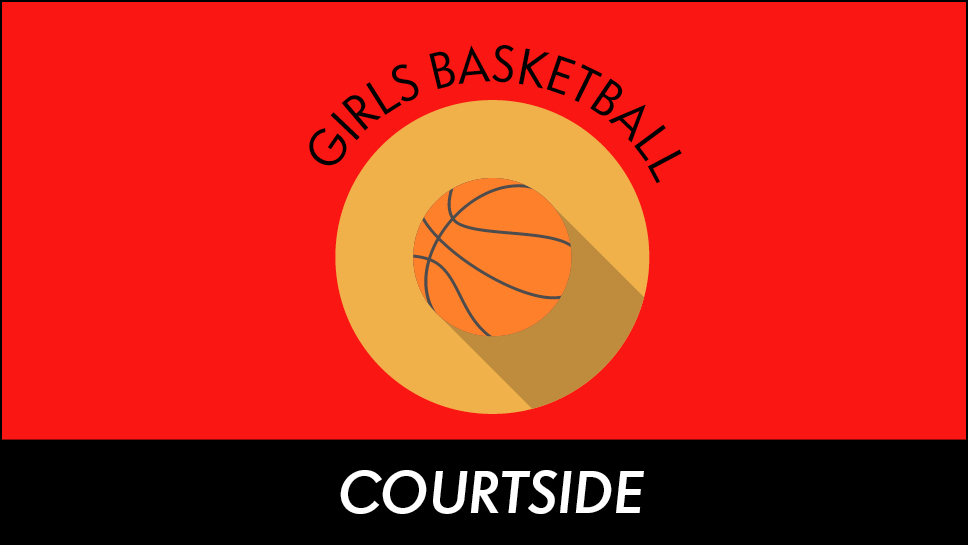 AT GLENBROOK SOUTH: Highlighted by the play of sophomore guard Carie Weinman, Glenbrook South improved to 10-0 with a 56-45 victory over visiting Evanston (4-4) on Dec. 12.

Weinman, the team’s MVP last winter, finished the game with 20 points, six steals, four rebounds and three assists. She went 5-for-6 from the foul line in the fourth quarter. She hit back-to-back three-pointers in her 10-point second quarter.

Morrison had one of the biggest buckets of the night, when she took a pass from Weinman and drained a three-pointer from the left corner with 2:47 left to play. The trey pushed GBS’s lead to seven points, 49-42, and Evanston never got any closer.

Junior Sydney DeHorn had a solid first half for the Titans. She tallied all six of her points in the second frame. She wound up four rebounds and two steals.

Senior Sarah McDonagh helped the GBS cause by hitting a pair of clutch free throws down the stretch. 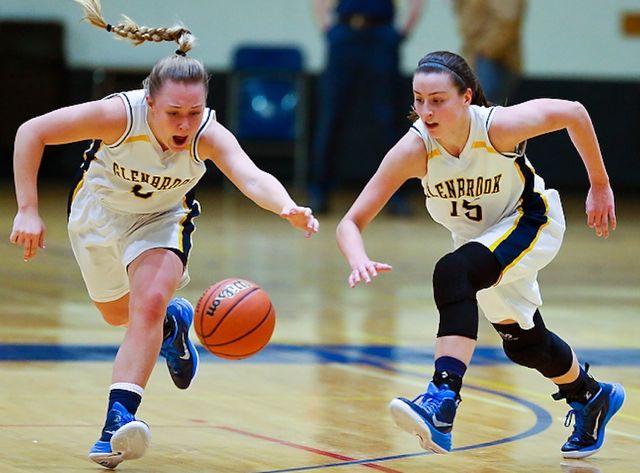 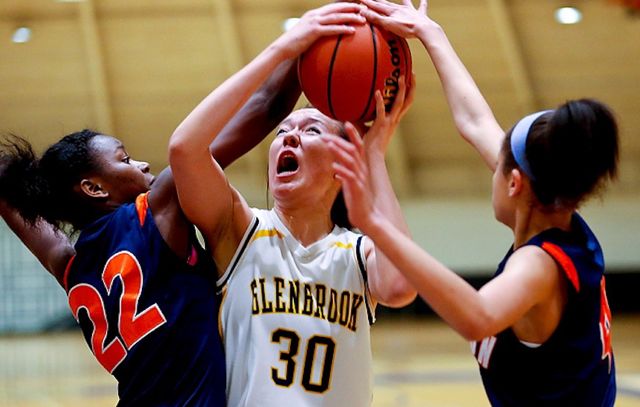 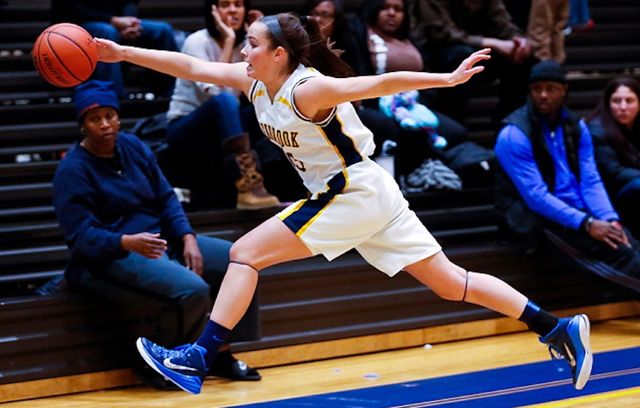 Sarah McDonagh of the Titans tries to save ball during the Dec. 12 game against Evanston. Photography by Joel Lerner

The Trevians raised their overall record to 8-0 with a 58-42 victory over host Maine South on Dec. 12.

Junior point guard Haley Greer led NT with 20 points. She hit three three-pointers and went 5-for-6 from the foul line.

Junior center Jeannie Boehm produced 16 points. She was good on 6 of 7 free throws.

Alison Borsotti came off the bench to score eight points for the Trevians.

AT WARREN: Sparked by Grace Torkelson’s double double, Lake Forest earned a 53-48 victory over host Warren on Dec. 12. With the win, the Scouts moved their record to 6-4.

Torkelson, a senior post player, finished the game with 14 points and 12 rebounds.