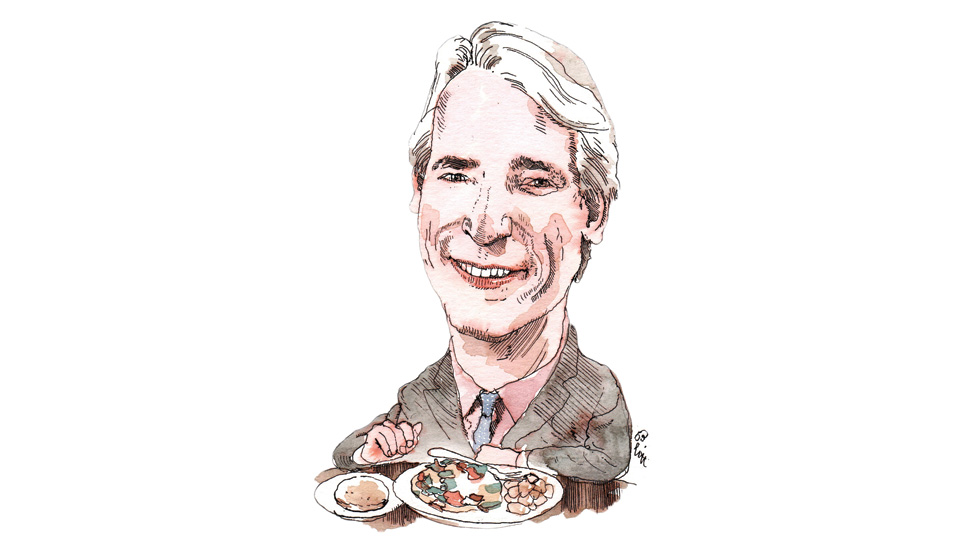 Three weeks after the election, John Tillman settles in at Egg Harbor Café in Glenview. Bedecked in a coat and tie and having ordered a Sir Dugan Frittata (a three-egg omelette filled with diced bacon, tomato and spinach), the chief executive officer of the Illinois Policy Institute is eager to relive Nov. 4, when businessman Bruce Rauner was elected governor of an ailing state.

“I was thrilled with election night,” he says. “What I was most excited about is I felt a sense of relief. I know so many people who would have left Illinois (if Democrat Gov. Quinn was re-elected).”

Though the non-profit Illinois Policy Institute cannot fund candidates or advocate for a politician, it can encourage politicians to adopt its policies. And from the right to earn a living to limited taxation, the new Illinois governor from the North Shore is on board. Tillman believes much can be accomplished — despite the heavily Democratic legislature.

“He has the power of controlling the narrative now,” notes the Golf resident. “The Illinois governorship is one of the most powerful in the country. And all he needs is one Democrat to come over to sustain a veto.”

Tillman’s enthusiasm for freedom and prosperity is infectious. He points out how all can benefit.

“The great gift of free enterprise is: the entrepreneur has an idea, he raises money, he gives people meaningful work and he builds a business that serves people well,” Tillman says. “You see what the free market has produced — iPhones, cars. It works well.”

He was heartened by Tennessee voters’ decision last month to ban forever an income tax, embedding the words in the state constitution.

“Tax policy matters greatly,” Tillman says. “Are you going to treat every worker and business as a tax target to fund the prerogatives of government? I think taxing people’s labor is immoral. We should fund government through sales taxes, excise taxes.”

A Michigan native who moved here during the Reagan Administration, Tillman has been stunned by Illinois’ decline. Its credit rating is the worst in the nation; its budget is a disaster, despite massive tax hikes; unfunded public pension liabilities exceeding $100 billion are expected to cripple the state. Tillman says Illinois’ workman compensation costs are five times greater than Indiana’s. Why wouldn’t a businessman near the border move to the Hoosier State – he could save money, which could be used to hire more workers.

“We’re so sophisticated in Illinois in so many ways — the arts, Chicago civic organizations,” he says. “But when it comes to governance, we are close-minded to new ideas. We need to make Illinois a destination state again.”

Tillman’s interest in politics is life-long. In 1968, all of nine years old, he watched both political conventions (“I was probably the only nine-year-old in the country to do it”). Growing up in Western Michigan, he referred to himself as a Ford Republican.

An introduction to classical liberalism — the writings of Thomas Jefferson and Milton Friedman, among others — spurred the graduate of Wayne State University to champion free-market solutions. The big turning point came during the administration of President George W. Bush. Though the Republican was despised by the left, Tillman railed against his policies as well.

“I got involved because I was frustrated with big-government Republicanism. He expanded Medicare, steel tariffs and more. We were losing sight of what America is all about.”

Tillman — an entrepreneur who has owned Play It Again Sports stores — became president of the conservative Americans for Limited Government in 2004. Three years later, he was tapped to run the Illinois Policy Institute, then a two-man shop. The independent organization, which aims to promote personal freedom, entrepreneurial ability and prosperity in the state, has grown into a $6 million institute with more than three dozen workers and 180,000 aficionados on its e-mail list. During his tenure, Tillman has founded Illinois Policy Action, the Liberty Justice Center, the Illinois Opportunity Project, and other related groups.

Tillman has transformed Illinois Policy Institute into a media and marketing shop with a policy arm, meaning he is getting the word out through The Wall Street Journal, U.S. News & World Report and other outlets about its beliefs of how best to run Illinois — and the country.

In his spare time, Tillman loves to read non-fiction, such as biographies. The one-time Colorado ski bum still enjoys hitting the slopes with his wife Julie and daughter Lauren Brooke. He also holds a goal of visiting every national park (he has toured about 30).

And despite the historic woes afflicting his adopted state, he believes the future here is bright, because of the newly elected governor and others. Says Tillman, “I remain an optimist. I think Illinois will turn around.”