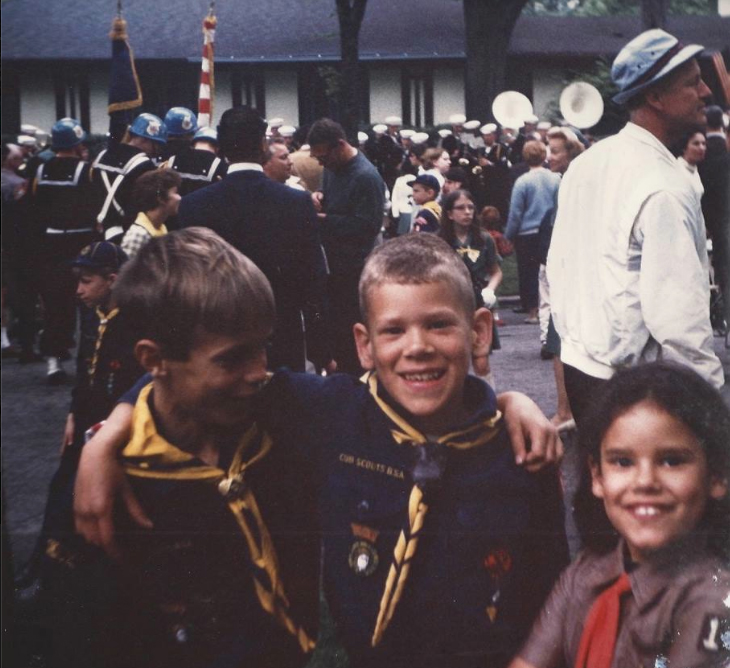 Walter and friends in their Scouting days in Kenilworth

The burning cross on the front lawn rose eight feet high. As the Calhoun family prepared for bed inside their Kenilworth home that night in 1966, the ugly symbol lit up the night sky, says Walter Calhoun, who was eight years old. The Calhouns were the sole African-American family living in Kenilworth at the time.

“The community expressed their sorrow,” Walter says. “Even the worst things that happened turned into something good.” One of four Calhoun children, Walter sat down at his desk in first grade at Joseph Sears School and in eighth grade was elected President of the Student Council in 1972. There were rough spots all along the way, but Walter says of his neighbors, friends, and community: “They bent over backwards to make sure I was never left out.”

When Walter waltzed into 6th grade social dance lessons, a new instructor didn’t want him dancing with his white classmates. “Some of the Catholic families told the dance teacher, ‘If you don’t let Walter dance, we will pull our children out of classes,’ ” he says. 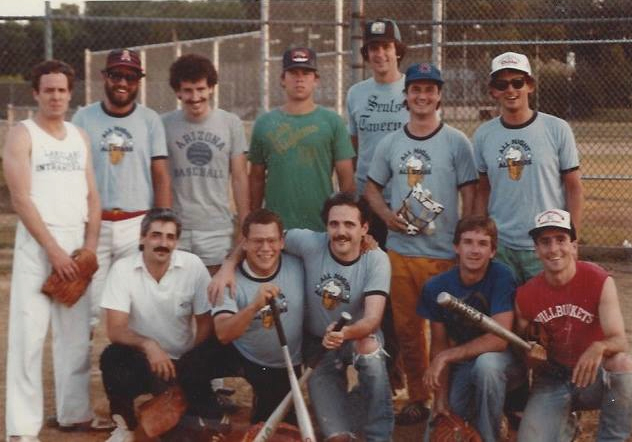 If there was a ball game anywhere in Kenilworth, Walter, as an elementary student, was no doubt wearing a team jersey and swinging a bat, punting a football, or dribbling a basketball.

“That was the beauty of Kenilworth. Because of its size, everyone was needed,” Walter says. “It probably exaggerated my capabilities. I always had great support from coaches throughout my life.”

After graduating from New Trier High School and then Wesleyan University in Middletown, Conn., Walter followed in the footsteps of his grandfather and father and set his sights on a career in law. He graduated from the University of Michigan Law School, and as Walter S. Calhoun, Esquire, he worked for three law firms, including his own. But his life path took a sharp turn due to a life-altering accident.

“My life changed irrevocably on May 22, 2002,” Walter says. “I was struck by a speeding car on lower Wacker Drive and sent 30 feet into the air. I landed on my head and face.”

For close to a month, Walter lay in a coma at Northwestern Memorial Hospital. With his mother, Lillian, at his bedside, a stream of old neighbors and friends from Kenilworth stopped by to check on Walter.

At the Rehabilitation Institute of Chicago, Walter was able to regain some of the abilities he’d lost in the accident. But he realized that he’d have to close the door to his law career. The sun continued to shine for him, though, because Walter turned his talents over to the world of nonprofits (including Family Focus of Evanston) for professional fulfillment. The change has opened the door to the happiest chapter of his life, Walter said. He now commutes to the organizations he supports from his home in Glencoe.

Walter’s philosophy of always looking on the bright side is more than just a Monty Python anthem. He truly believes in a silver lining to every cloud. As evidence, he tells the end of the cross-burning story. Four years after the incident, two teenagers visited Walter’s father, Harold Calhoun, in his downtown office where he was the Assistant District Director for the U.S. Immigration and Naturalization Service for the Midwest. 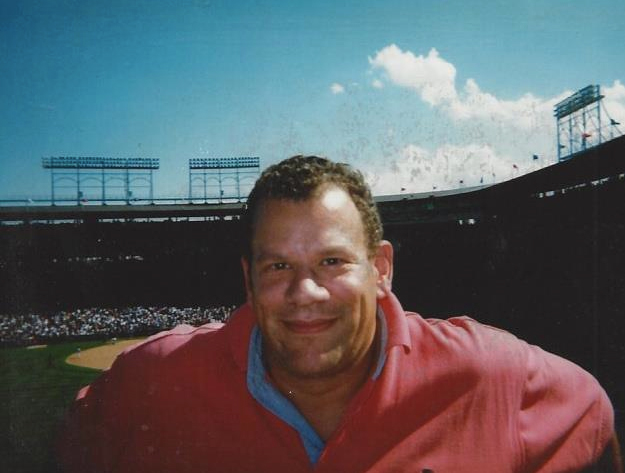 “They said they had burned the cross,” Walter says. “They confessed, apologized, and expressed remorse, and said they didn’t mean to hurt anyone.”

The senior Calhoun, who was a kind and gentle man, Walter says, thanked the teenagers very much for stopping by and told them the incident hadn’t caused significant trauma to the family. What a true gentleman.

This story was originally published a Facebook blog called Winnetka60093 that is written by Winnetka resident Holly Marihugh, a New England transplant to the North Shore. To read more of her work, “like” Winnetka60093 on Facebook.