Vose-Sanders Bootery, the Elm Street shoe store that sent generations of Winnetka children home with a balloon along with new Keds, Topsiders, Tretorns and patent-leather party shoes, plans to close at the end of January 2015 after more than 65 years in business.

The ma-and-pa shop originally opened in 1922 as Vose Bootery in Evanston at 1924 Central Street and then opened the second location in Winnetka about 20 years later. Since then, it has outlasted its neighboring stores to become one of the village’s oldest retailers.

This week, the store sent post cards to Winnetka homes saying it is closing the business and that all merchandise is 20% to 60% off. A Vose salesperson told Daily North Shore the store is indeed closing towards the end of January 2015.

“Undeniably, the Internet sales of shoes has hurt our business, but the primary reason for our closure is so that I may retire while I’m still healthy,” Vose-Sanders Bootery Owner Carol Sanders said in the store’s press release.

According to the release, the longevity of the stores is owed in great part to Sanders’ late husband Rick’s parents, who bought out the original owner of the Evanston store, Martin Vose, in 1962 and then bought out his brother, John Vose, at the Winnetka location in 1965. Rick’s father, Ted Sanders, now 94, worked as a shoe manufacturing representative in the 1950’s and had become acquainted with the Vose brothers through that job.

Despite a devastating decline in sales during the mid-90s–due in large part to the opening of Nordstrom’s at Old Orchard–both stores managed to survive, and were even renovated in 1996 and 1998, respectively.

The stores were bustling again until the great recession hit in 2008.

“Retail has changed dramatically in the last 6-7 years,” Sanders said in the press release. “Obviously, surviving the great recession was a challenge in itself, but then the sale of shoes on the Internet gained traction. Most of our vendors no longer need retailers to sell their shoes; those shoe manufacturers actually prefer to sell their products direct to consumers on their own websites.”

“We foresee that that trend will continue to evolve,” Sanders continued in the statement.

Over the years, Vose-Sanders Bootery fitted many children for shoes who would grow up to become nationally recognized adults; among them were former U.S. Secretary of Defense Donald Rumsfeld, the late Blackhawks Owner Bill Wirtz, television marketing pioneer A.C. Nielsen, and actors Rock Hudson, Bill Murray and Chris O’Donnell, who was in the store just a couple of months ago to purchase shoes with one of his sons, the release says.

“We truly appreciate the many good years we had in Winnetka,” Sanders concluded in the statement. “Our customers, for the most part, our lovely ladies who want to get their children properly fitted for shoes. We are grateful that they chose to shop with us.”

Here’s a photo of the storefront on December 3, followed by ads from the North Shore Country Day School yearbook, The Mirror, from 1967. To see the entire yearbook, click on this link. 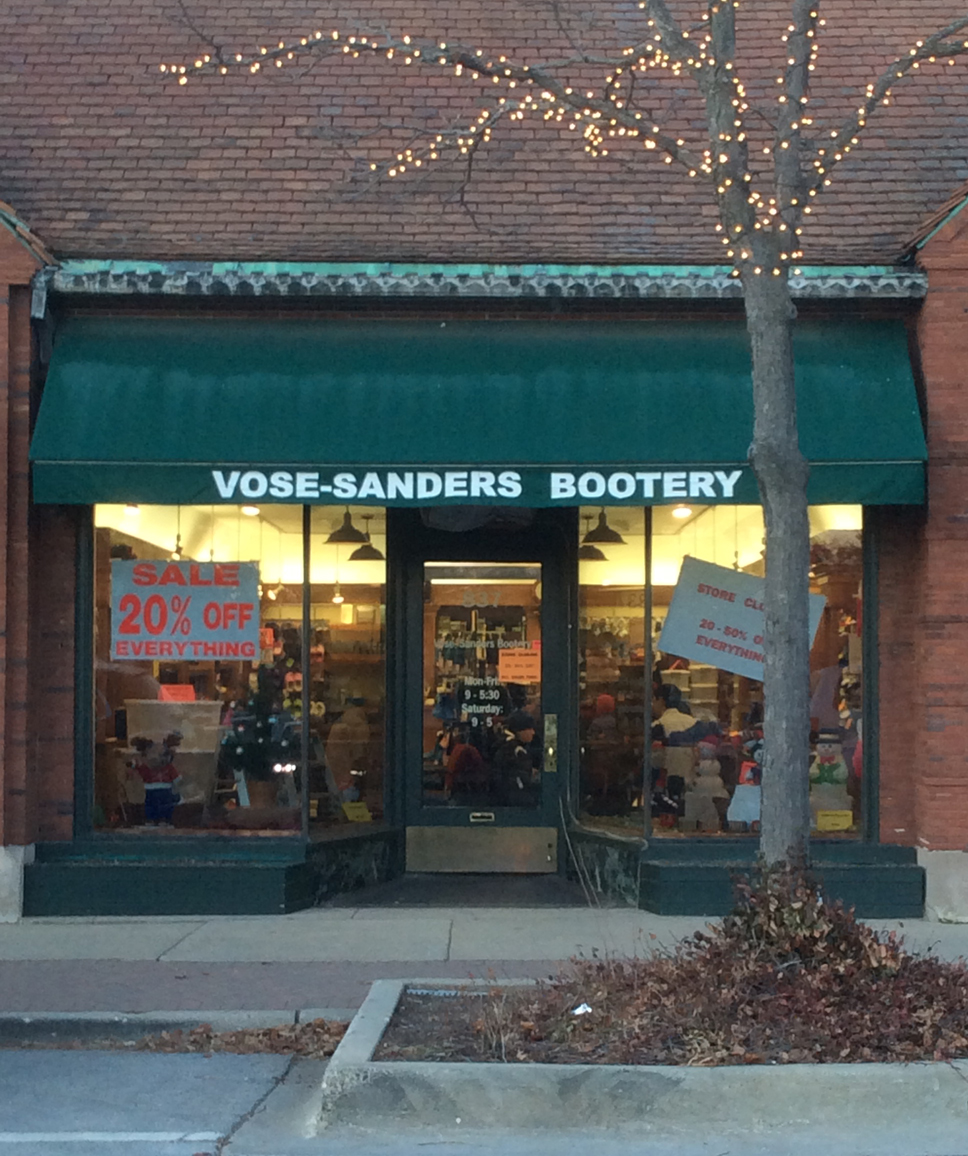 Here are images of local Winnetka business ads, including from Vose, from the North Shore Country Day School’s 1967 yearbook, “The Mirror,” provided by NSCDS archivist Siera Erazo. The ads represent many Winnetka and some Wilmette businesses that were prominent in the community in the 1960s and ’70s. A few are still in business today, but not many. 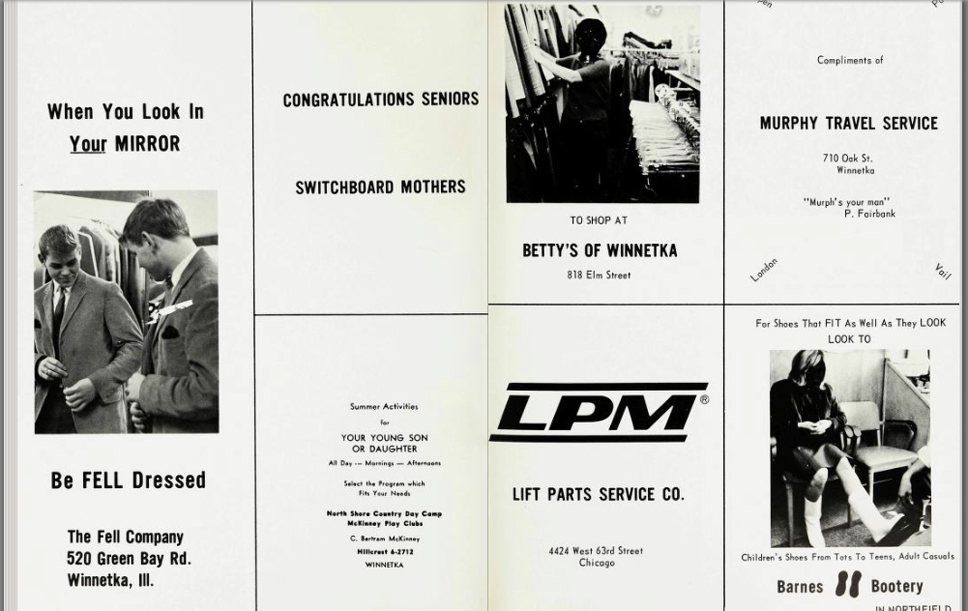 These images are from a North Shore Country Day School yearbook from 1967, which was provided to Daily North Shore by the Winnetka Historical Society. 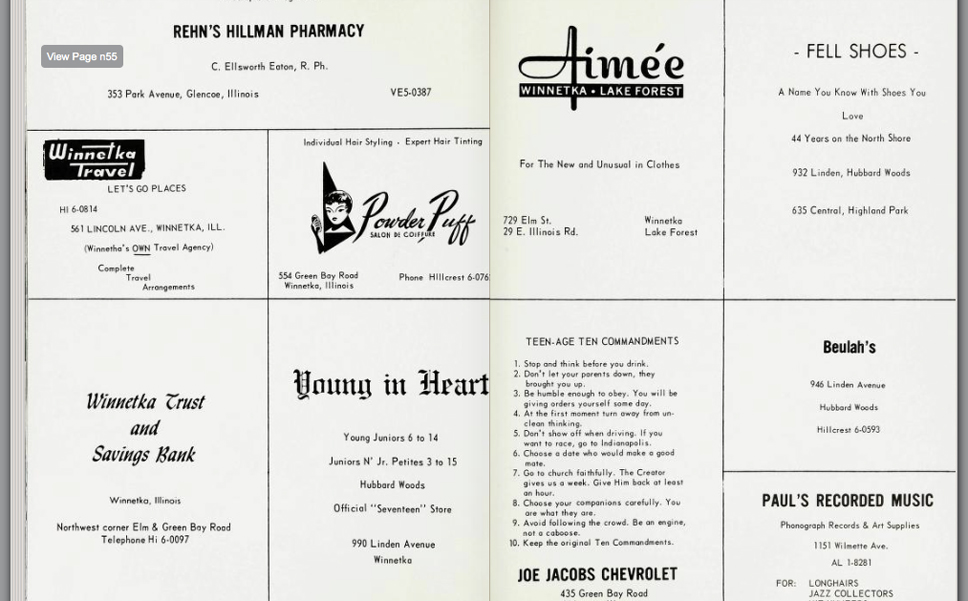 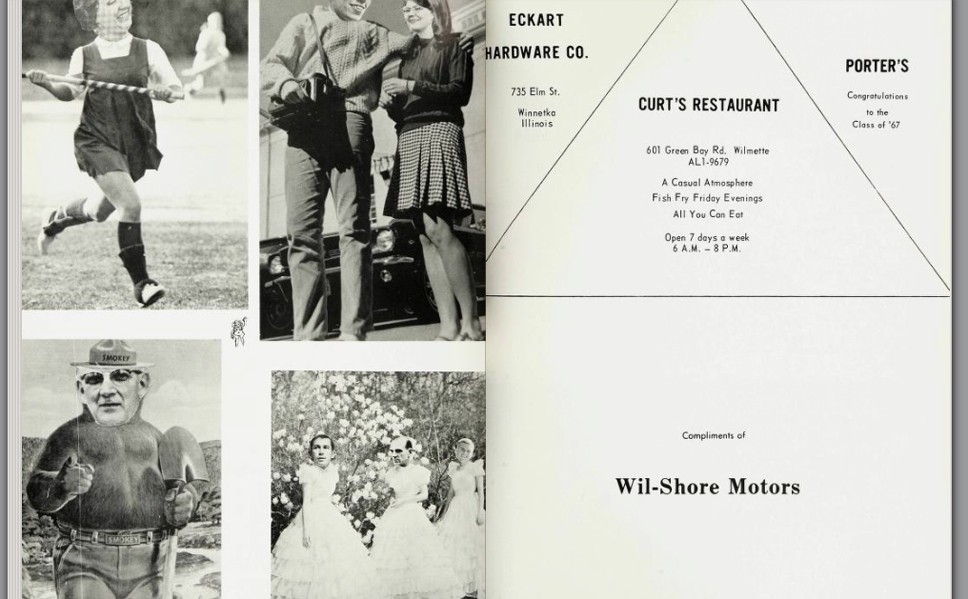 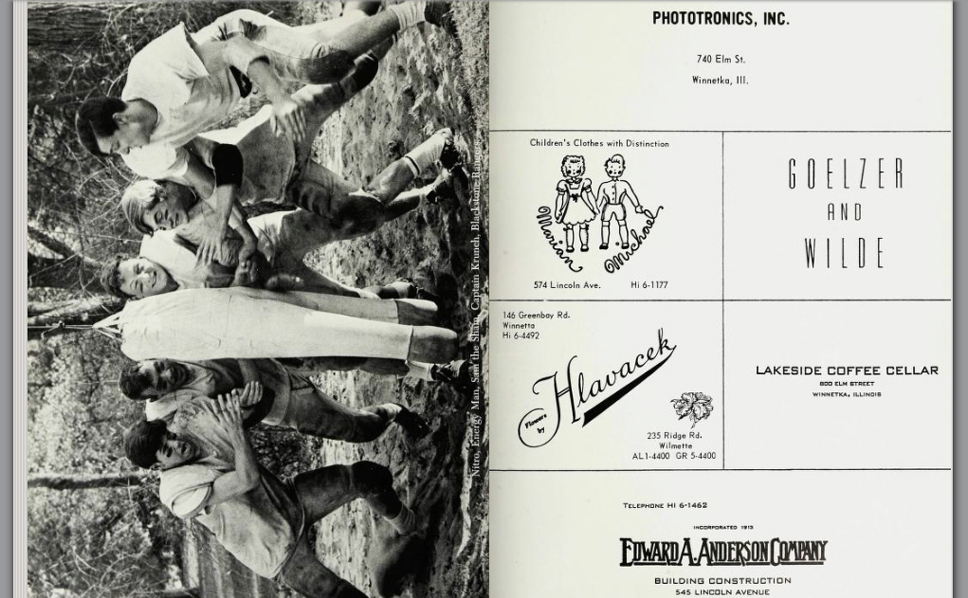 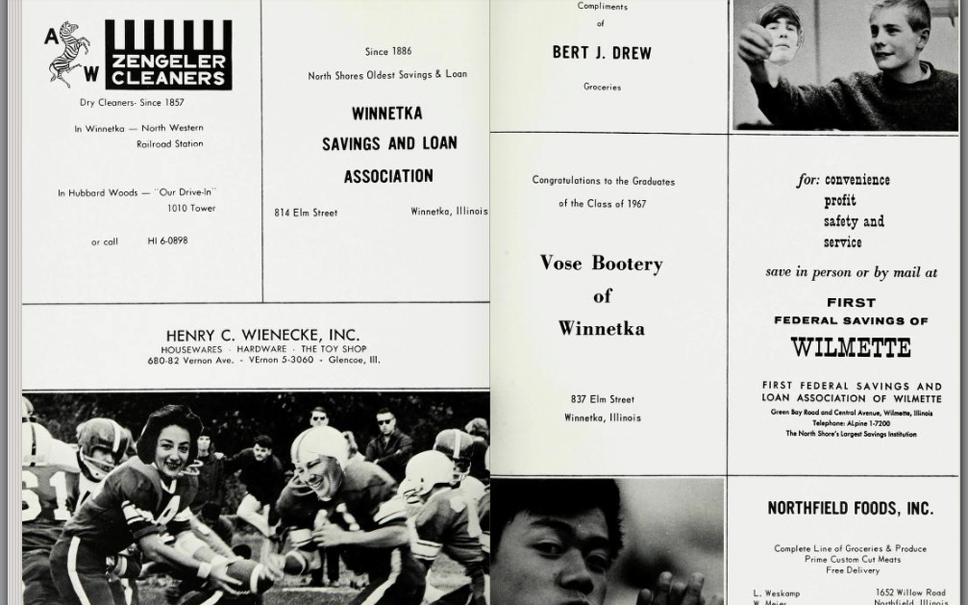 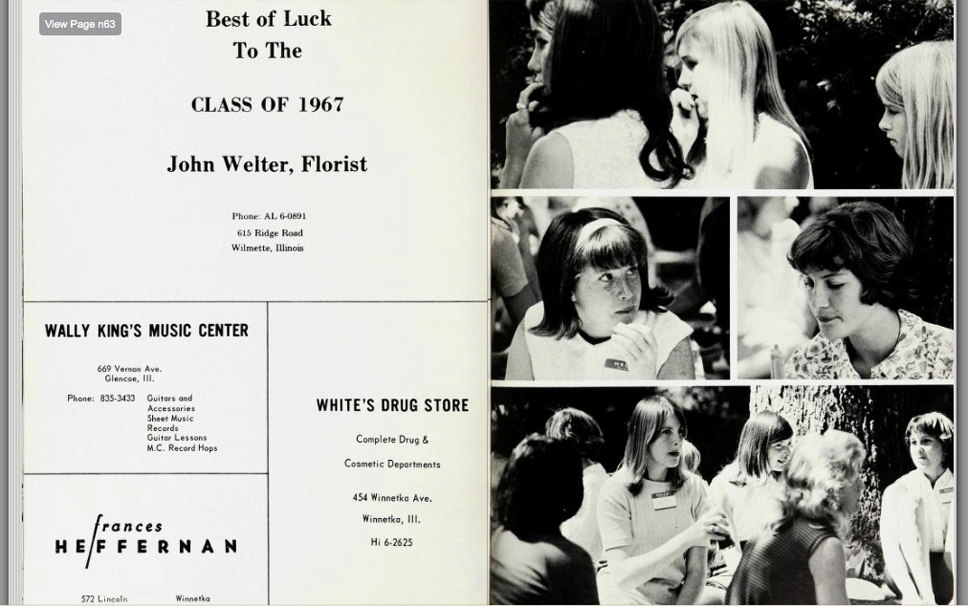