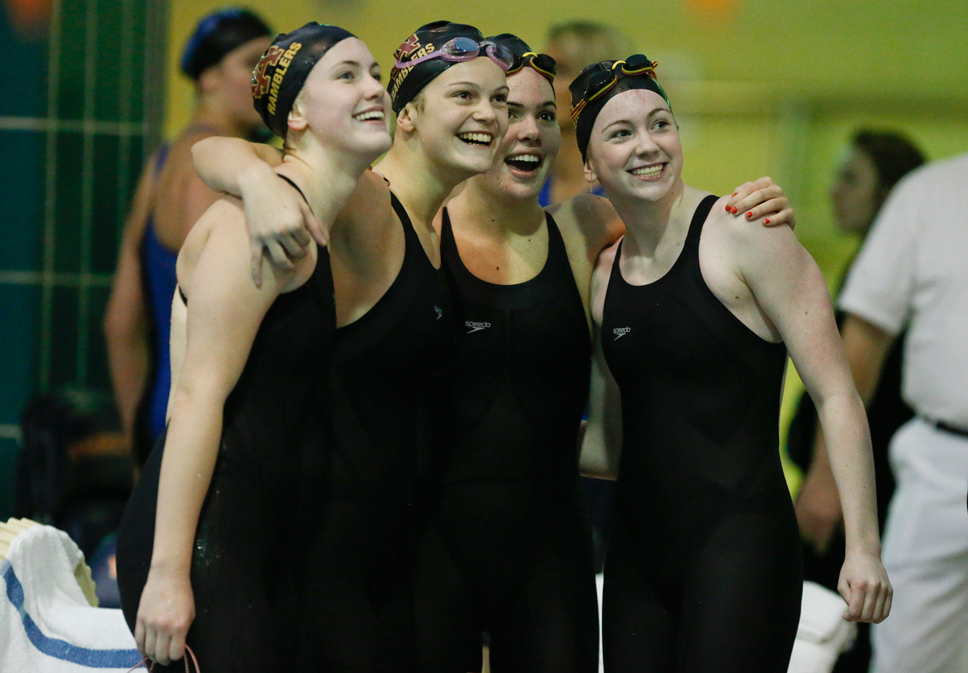 For the second time in six months, a fully clothed Hengelmann brother got drenched — after achieving a first.

“This is sweet,” a smiling, dripping Mike Hengelmann said. “This probably won’t hit me until [Nov. 24]. Right now I’m happy for the girls.”

His girls amassed 148 points, including 32 for earning their lone event victory of the day in the 400-yard freestyle relay — the last event of the meet. 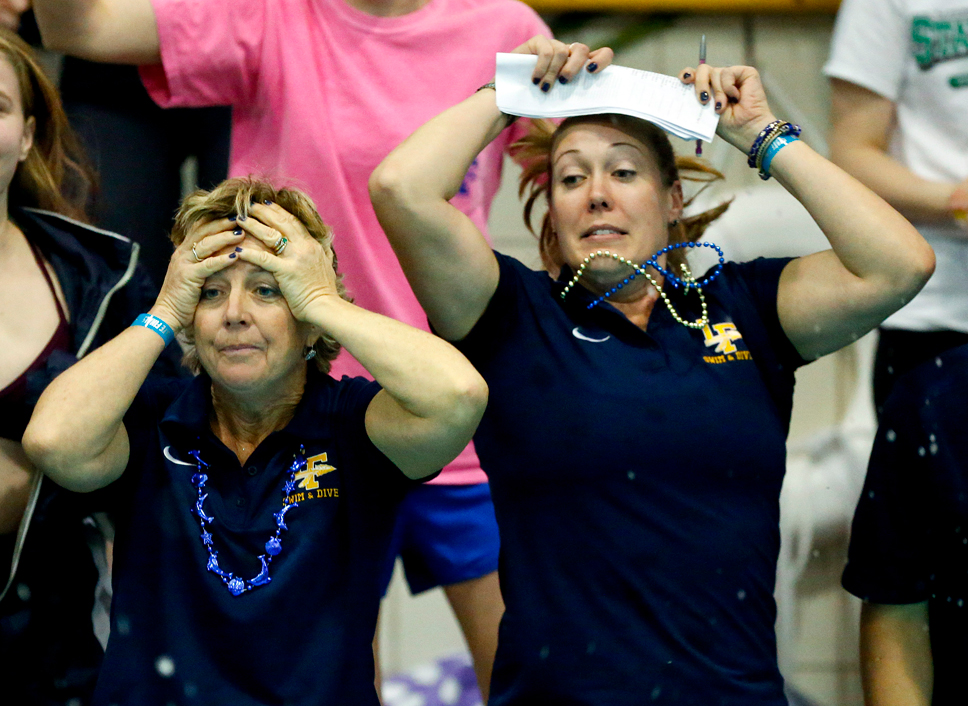 LFHS coaches react to a race at the state meet. 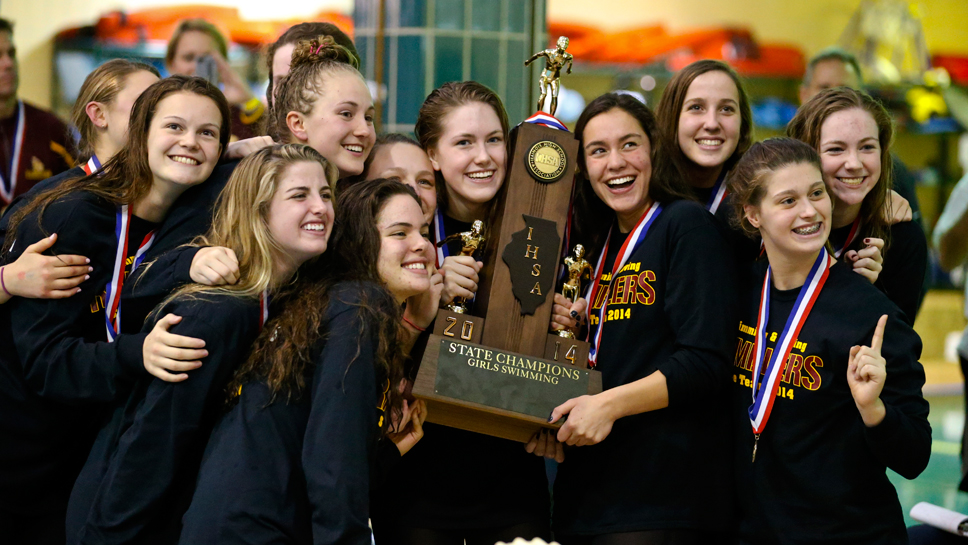 LFHS sophomore Ana Kohout swam in all four races for athletes with disabilities.