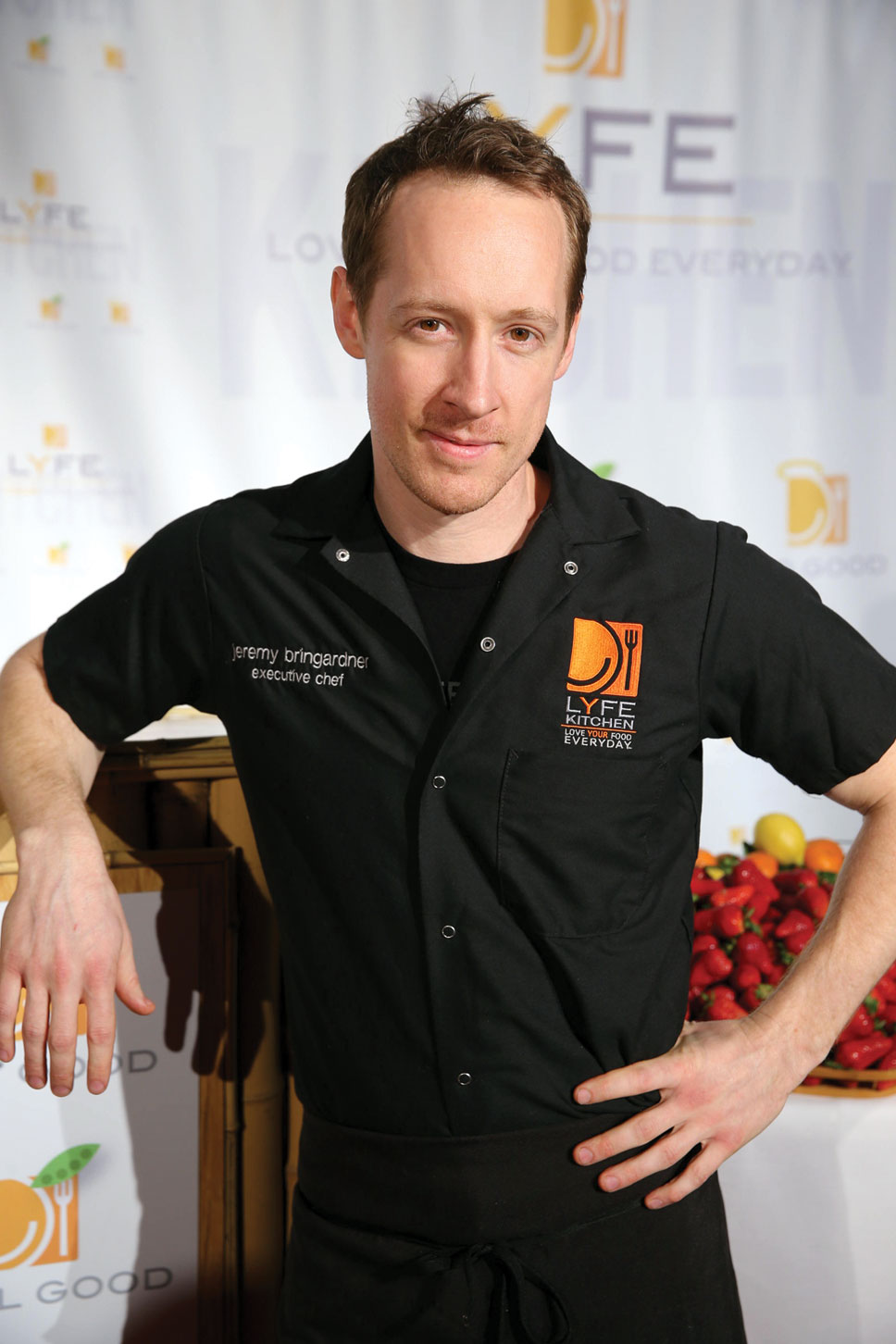 What’s your background? At 14, I got a job at Domino’s Pizza — they promised me all the free pop and pizza you could want and $4.25 an hour. I fell in love immediately with making things, creating things.

When I turned 16, I got into real restaurants and was crazy about it. I was always obsessed with flavor and taste, and I was very interested in nutrition as well. It went perfectly hand in hand with cooking — I could control what I was eating. I believe every person has different nutritional needs. I went to culinary school in Rhode Island and got a degree in nutrition as well.

How many years have you been cooking? About 25 years.

How did you get involved with LYFE? It was really the right time, right place. I happened to cross paths with Chef Art Smith’s personal assistant, right as they got the inquiry to work on this project. She knew my skill set — especially the nutrition.

It started as a few weeks of consulting four and a half years ago; as we were working with all these ideas, we put out all these different sauces and pickled items and vegetable preparation. Eventually, the flavors of LYFE Kitchen were born.

What goes into creating a menu on a corporate level? At the heart of it, it’s the same as if you’re creating recipes for a single restaurant — you’re using everything you know and understand about food, all the time exploring food and looking for inspiration. It gets more interesting when the recipe has to go through a transformation so that it’s operationally viable in the setting it’s going to be executed in.

We have more than 10 restaurants in several different states, and I can’t be in all places at the same time, so I have to design the recipe in away that’s very simple to execute. I have to anticipate human error and streamline the recipe. Then it’s all about training and development. It’s more complex when you consider that in each state we have a different market and different distributors. We go through this process so we know what’s in our foods. Each time we go to a new market, we have to go though this process.

Most memorable kitchen moment: I worked for Chef Charlie Trotter for three years. He sold a private dinner for 20 people at a charity auction, and it was hosted by the Mondavi family. So we traveled across the country — it was me and Chef Trotter cooking an eight-course meal.

Maybe an hour and half before the service began he did what he was notorious for doing — we went over the menu, and he had the inspiration to change it. In my mind I was like, ‘Oh my God. He’s asking me to make all these changes. There’s not enough time.’ “ But you don’t question whether it can be done or not — you just do it. I kicked it into fifth gear and an hour and half later, I was ready to go — even with all those changes. He pushed me out of my comfort zone and made me realize I was capable of more that I even realized.

LYFE Kitchen is located at 1603 Orrington Avenue in Evanston. For more information, visit lyfekitchen.com or call 847-563-8242.