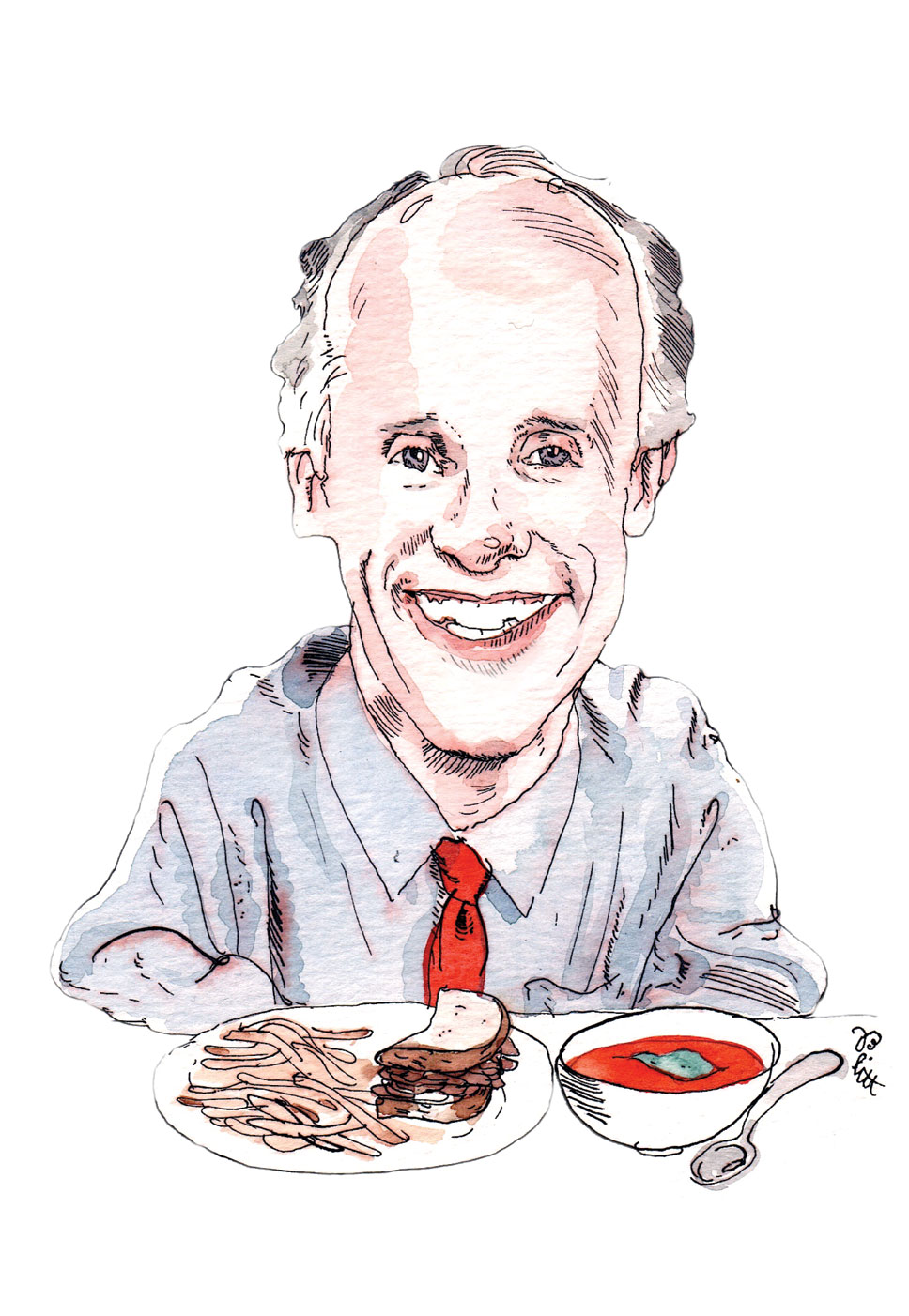 Way back when — let’s say during the 20th century — college students grabbed their diploma and often were clueless about what to do next. Perhaps a career-development office the size of a closet had encouraged a few on-campus interviews with visiting companies before graduation, but in general the transition from all-knowing senior to the real world was a bracing slap in the face.

Stephen Schutt, president of Lake Forest College, is determined to change that.

“We’ve really embraced the responsibility of preparing the student for life after college,” says Schutt while enjoying a reuben sandwich and a bowl of tomato bisque soup at the Market Club recently.

In fact, for the first time in a quarter century, LFC changed its mission statement, adding this line: “We prepare students for and help them attain rewarding and productive careers.” Today six full-time people — up from one full-timer when Schutt started his tenure in 2001 — work in the career development office. Freshmen develop individual plans that can lead to internships and jobs. They find alumni mentors around the world through Forester Career Network.

Such a commitment to a student’s future is rare at colleges today — and sets the 1,530-student liberal arts school apart from its contemporaries. Schutt says the brutal 2008-2009 recession prompted the changes, as both students and parents yearned to see that four years of classes achieved an actual outcome.

“I want students to come into the college to study what they’re interested in, but I want them to commit to post-graduate opportunities,” Schutt says.

Giving students an edge in their careers isn’t the only change under Schutt’s leadership. Enrollment has jumped about 25 percent, and applications have more than doubled. More than $100 million is being invested in facility improvements, from a popular sports center to a science center scheduled to open in 2017. New majors in finance and other topics have been added, and off-campus programs have emerged in China, New Zealand, and elsewhere.

“It may sound odd, but we want students to leave campus — to go abroad, to go to Washington, D.C.,” Schutt says.

In fact, it was the appeal of Lake Forest College’s proximity to Chicago that prompted Schutt to be interested in the job of president.

As vice president and chief of staff at the University of Pennsylvania in his 40s, he decided he would like to run a small college — believing that’s where undergraduate education can best flourish — with one caveat: it needed access to a big city. Problem was, when he researched the possibilities, only 10 fits emerged across the country, including Haverford, Bard and Occidental. Most of them had entrenched presidents.

“When the Lake Forest position opened up, I jumped,” Schutt says. “I was deeply fortunate to get the opportunity.” Under his guidance, a Center for Chicago Programs helps students and faculty take advantage of the city’s educational resources. About three dozen students, for instance, take classes at the School of the Art Institute.

Schutt’s path to a leader in education was as winding as Sheridan Road, which bisects LFC’s campus. Armed with a bachelor of arts degree from Earlham College, the Ohio native became a newspaper reporter and covered the 1980 Reagan-Carter presidential campaign. After acquiring a master of arts in English literature from the University of London, he also earned a juris doctorate from the University of Pennsylvania. He served as chief of staff to U.S. Senator Harris Wofford and worked in a law firm.

As he toiled, he probably wished he had enjoyed the career preparation his LFC students now have.

“I thought, ‘Is anything I’m doing what I want to spend the rest of my life doing?’ With law, the answer was no,” he says. “I’ve always been grateful for my own education. It became increasingly clear education was something I could spend my life on and not tire of.”

When he steps away from the office, Schutt enjoys swimming ¾ of a mile in the college pool and reading biographies (he just finished one on Thomas Jefferson). If he leaves town for a long weekend, his favorite jaunt is to visit a presidential library. He and his wife Loretta Grennon, an attorney and teacher, have two children and live in Lake Forest.

Few know that Schutt helped create a public school in Philadelphia. On behalf of the University of Pennsylvania, he spent more than a year meeting with representatives of the Philadelphia Public School System, The university agreed to put up money for a preK-8 school as long as it could hire teachers without regard to seniority. The Sadie Tanner Mosell Alexander School is now an oasis amid the battered inner-city system.

Those students have a good chance to graduate from college, something many of their parents did not do. And at LFC, Schutt always asks on graduation day for those who are the first in their family to receive a college education to stand.
“They’ll often come up afterward and thank you for the college experience,” Schutt says. “At some point on graduation day, I’ll have tears in my eyes. It’s usually during those interactions.”