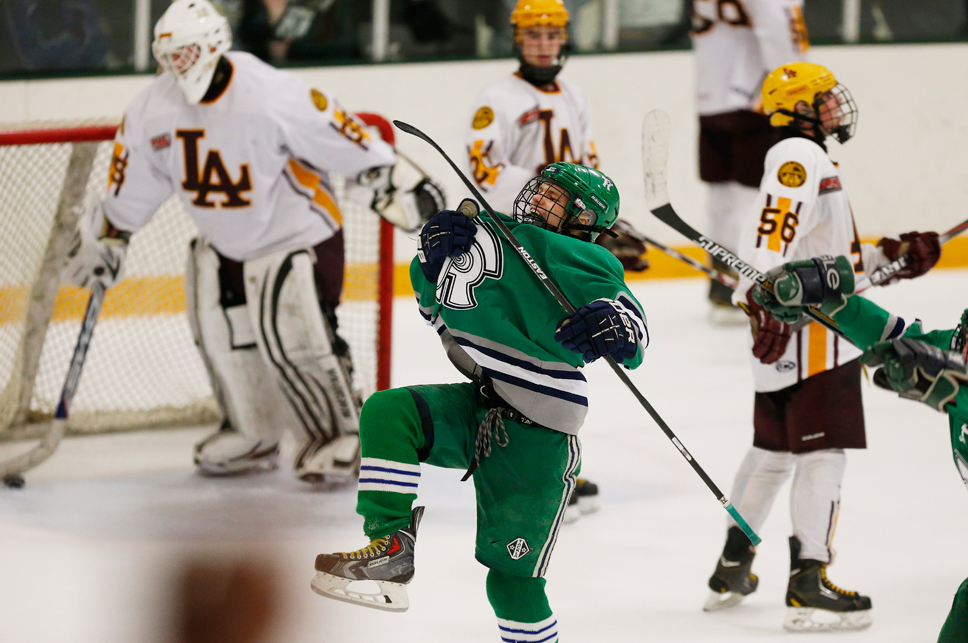 Pettersen, a senior who plays on NT’s third line, scored a goal with 21 seconds left in regulation. Moments later, Ben Laukkanen scored an empty netter to give his team an insurance goal.

Loyola’s Valerie Caldwell was the star of the game. She scored three times in the third period, including the game-winner with 3:00 left in regulation. Caldwell has scored three goals or more in six of seven games this season.

LA’s other goals were scored by Tess Dettling and Anne Bloomer.