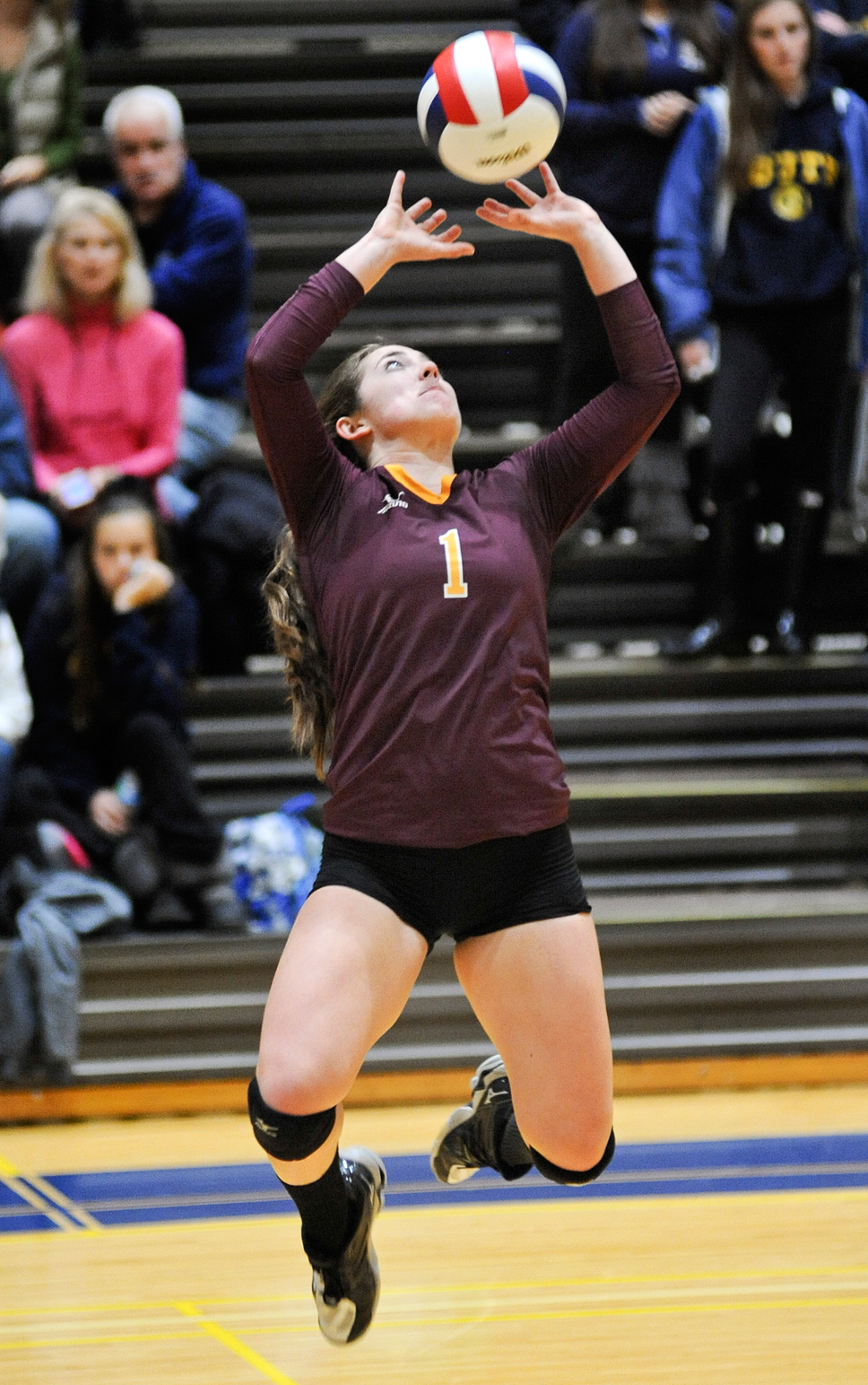 Leave it to Mark Chang to leave his Loyola Academy girls volleyball team fired up and all tingly on the eve of the biggest match in program history.

The coach and master of motivation had gathered his Ramblers the night before facing Libertyville’s Wildcats in a Class 4A state semifinal at Redbird Arena in Normal Nov. 13, when he dropped the name, Kerri Walsh — the three-time Olympic champion in beach volleyball.

“I told [Chang] Kerri’s entire [bio] when he asked us about her,” LA junior setter Katie Randolph would recall later. “I know a lot about her, and look up to her so much.”

Chang later asked his players if they would like to hear a few messages from Walsh. He saw nothing but nods.

The coach then showed video footage of Walsh speaking … directly to the Ramblers, whose eyes probably neared the size of dirigibles midway through the pep talk. (A member of the Loyola Academy community had helped Chang arrange for the recording of the superstar’s words.)

“Kerri Walsh,” Chang said, “referenced some of the themes we rallied around this year, like ‘Assume nothing’ and ‘Earn everything.’ She also reminded our players not to be intimidated by the environment (at Illinois State University’s home venue] … and that the game of the volleyball is the same, no matter where it’s played.”
Listening to Walsh stirred the Ramblers, especially Randolph.

“She told us to make sure we were calm and to trust our hard work.

“It was the coolest thing I had ever experienced.”

The Ramblers started the second Class 4A semifinal on fire Nov. 14, winning the first set 25-21 and taking an 18-13 lead in the second set.

“Boy, we came out and blitzed them, gave them everything we got,” Chang said.

But Libertyville called a timeout, won 12 of the next 16 points to even the battle and then secured a berth in the state final with a 25-11 decision in the third set.

“Unfortunately our girls got into a little trouble with serve-receive, and in the third set we made some errors we normally don’t make,” Chang said. “Libertyville picked up its game, its level of play.”

The 5-foot-9 Randolph notched LA’s dig of the weekend, stretching for a “pancake” (the ball glanced off the top of her right hand, inches from the floor) in the middle of the first set of the semifinal. Stadler then passed Randolph’s sensational save to Reed, who hammered a kill to finish the satisfying point.

“Katie’s pancake dig … that was my favorite on-court moment of the weekend,” Chang said, adding his favorite off-court moment was watching his players react to Walsh’s pre-semi speech.

The Ramblers finished with a mark of 27-11 — and fourth in Illinois.

“We’re competitive, so we were upset with the volleyball aspect of the weekend down there,” Randolph admitted two days after the third-place match. “But we’re not upset at all with how the season went.

“What an experience, for all of us. What a cool season we put together.”

Notable: Benet Academy (41-1) routed Libertyville (35-7) 25-10, 25-10 for its third state championship in four years on Nov. 15. … Illinois Wesleyan University sophomore outside hitter Sarah Udelhofen (Loyola Academy, ’13) caught up with some of her former Ramblers teammates when LA practiced on IWU’s court in Bloomington the day before the LA-Libertyville state semifinal. … Chang’s three-year record as LA’s volleyball coach is 74-33. “We had so much to celebrate this fall, so many great memories,” Chang said. “But I can’t wait to get back to work and set goals for next year.”