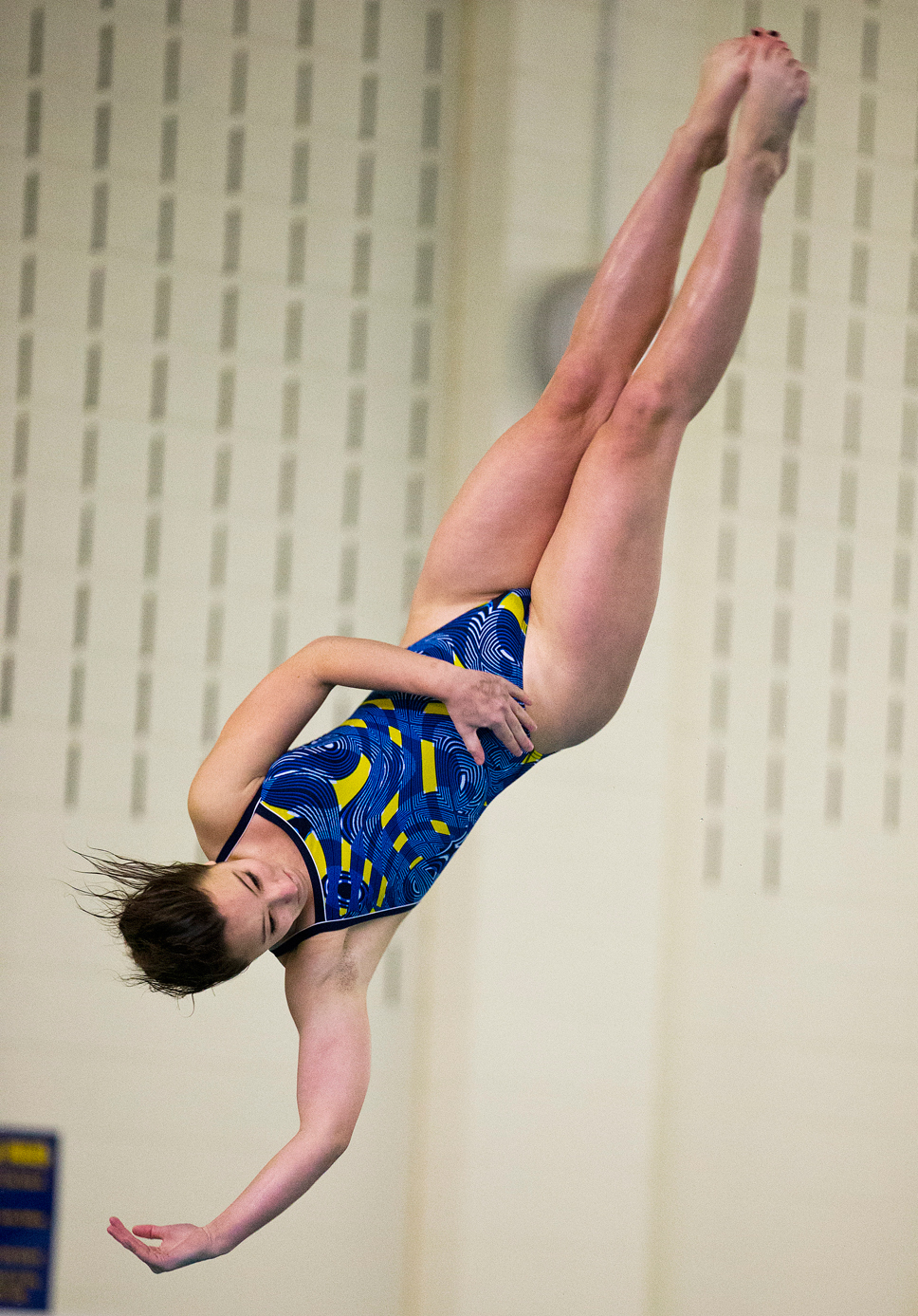 During the prelims at this weekend’s state swimming and diving meet in Evanston, Lake Forest’s talented junior, Carmen White, will spend the time between dives chatting with other competitors, joking around with her coach and generally trying to have fun.

But White should not be mistaken for somebody who doesn’t take the sport seriously. In fact, her happy-go-lucky demeanor represents progress for an athlete who once cared too much about the sport.

“Through my whole career, I’d get stressed out. I put a lot of pressure on myself and it hurt my diving,” said White, who took up the sport while in middle school. “Now, I try to have the right mindset, at practices and during meets, I just try to have fun, and it has paid off.”

White, who finished 19th in the state as a sophomore, enters this year’s meet with the 16th best sectional score (455.10) which she earned during a title-winning performance at the Lake Forest Sectional on Nov. 15.

After the sectional, White’s focus quickly shifted to state, where she narrowly missed making the 16-person first cut last year.

“Basically, my only goal is to make the (first) cut and dive for the next three dives,” White said. “I’m not planning on making the top 12, but if miracles do happen . . . I’m going to have fun and not worry about my place, not look at the scoreboard. I’ll see my scores but won’t look at what place I’m in until after the first five rounds. Then, we’ll go from there.”

Lake Forest diving coach Pam Uhrik said she believes White is plenty capable of making the top 12. The coach points out that judges may have scored White’s sectional performance a little low, and that during the season, the diver outscored several of the competitors who currently sit above her entering state. Of course, Uhrik is not getting ahead of herself.

“The No. 1 goal is to get into that top 12, but first you have to be in the 16,” she said earlier in the week. “Carmen’s first five dives are strong. If she does those like she does every day, she will do well.  We’re working really hard to solidify her next three dives (for Saturday).”

Also, White’s experience should be a plus. In addition to competing at last year’s state meet, which was held at New Trier, she took part in an invite earlier this season at Evanston.
“It’s important to be comfortable with the boards,” Uhrik said. “A lot of the divers haven’t had a chance to dive on those boards, so that’s a little leg up for her too.”

After an offseason training at Northbrook’s Glenbrook Aquatics and competing on the AAU circuit, and working with Uhrik for the last several months, White said she’s confident in her ability to hit her dives. The key to success at state, she said, will be her attention to detail.

“I have the dives down,” she said. “Now, it’s about being consistent and just making small adjustments, pointing toes and all the little things. It’s the little things that make all the difference.”

Uhrik said White’s mental approach at the meet also will help determine the diver’s fate, and that’s why the coach will continue to preach the importance of having fun.

“Carmen knows I tend to be silly and try to make the moment lighthearted,” Uhrik said. “Together, we can kind of keep her calm, try to enjoy the moment and not be too stressed about it.”

Wildcats sophomore Caylee Hamilton had to turn in papers for her literature and religion classes on Nov. 17 — after making history in a pool two days earlier.

The student-athlete from Wadsworth didn’t just become the school’s first state qualifier in swimming; she left the Niles North sectional meet as a two-time state qualifier on Nov. 15. Hamilton, a club member of Lake Forest-based Scout Aquatics, touched fourth in the 50 free (24.2) and fourth in the 100 fly (57.41).

“I’m really excited, really happy,” she said after dropping nearly a second off her seed time in the 100 fly. “I felt like I could do it.”