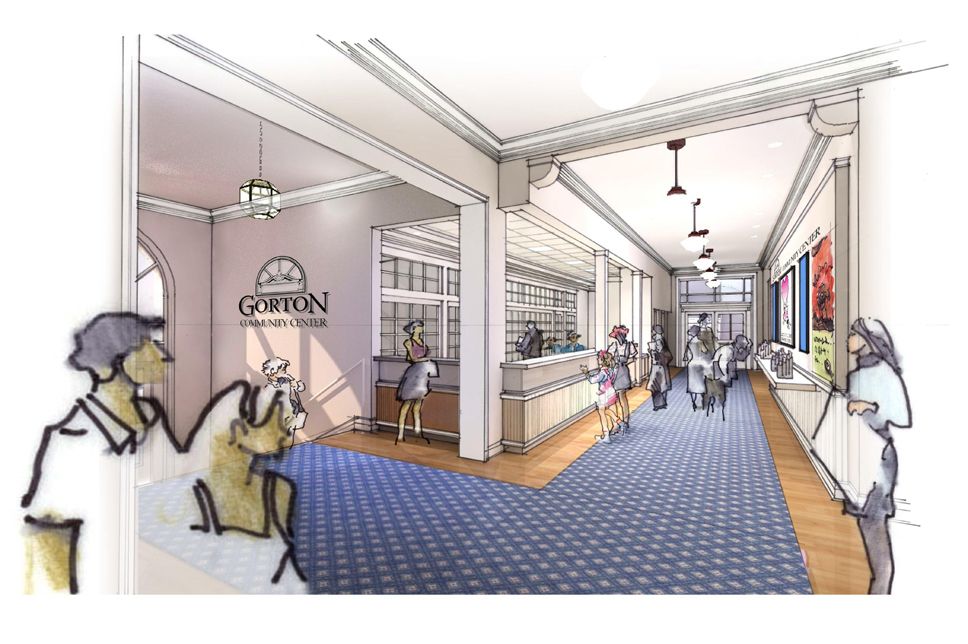 A rendering of the John and Nancy Hughes Theatre at Gorton. Work began on Nov. 10 and is expected to be completed spring of 2015.

Gorton Community Center has launched its Community Spirit Transformed Capital Campaign, which will revolutionize the historic building — converting it to a 21st-century arts, cultural and educational venue — while strengthening Gorton’s endowment.

“For more than 42 years, Gorton has had a rich history serving Lake Forest and Lake Bluff residents,” said Gorton Board Chairman Blair Nagel. “Our community center is thriving, and poised to grow our programming to create a destination for children and adults that will give them unprecedented access to the arts and let them share new experiences and connections in their own backyard.”

Gorton, a non-profit, privately funded community center, relies on the generosity of area residents and businesses to support operations. The $6.5 million capital campaign provides the resources to renovate the first floor and the theater to create a state-of-the-art center for performing arts, lectures, film and special events and a strong endowment to secure Gorton’s fiscal future.

Lake Forester John Hughes, film writer, director and producer, will always be remembered for hits such as “Home Alone” and “The Breakfast Club,” and now his legacy will live on in the heart of our community. The generous $2 million lead gift by Nancy Hughes, in memory of her husband, inspired the theater renovation with modern technology incorporating the warmth of the traditional theater. 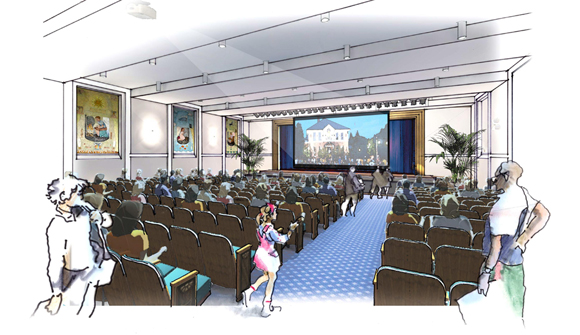 To ensure the renovation meets the community’s standard of excellence, Gorton is working closely with the City of Lake Forest throughout the building process. The architectural plan was developed by Wright Heerema with renowned theater and light firm, Schuler and Shook, designing the cutting-edge technology for the theater space and Chicago projectionist, Justin Dennis, of Kinora, creating a digital cinema system specific to Gorton’s film needs. Construction by general contractor Bulley & Andrews began on November 10 and is expected to be completed late spring 2015.

“The new design creates airy, flexible spaces that will match the variety and caliber of our programming,” said Gorton’s Executive Director Brenda Dick. “Imagine enjoying Miracle on 34th Street with friends and neighbors after the annual Holiday Tree Lighting Ceremony or seeing your child perform their very first concert with state-of-the-art sound.”

Building upon the theater transformation, Gorton’s main hall will open into a stunning, light-filled reception area with an interactive media wall. The Solarium becomes a four-season gathering space for events and theater receptions. The Green Room, updated as a warm, inviting living room for the community, will flow into Gorton’s stately Stuart Room enhanced with modern sound/lighting/projection systems and improved acoustics to better accommodate business, social and entertainment events.

“The enthusiasm and support during the quiet phase of Gorton’s campaign have been extraordinary,” said Nagel. “We invite every resident to play a part in the campaign and at Gorton. It is amazing what this community can accomplish together,”

Gorton Community Center is a privately-funded, not-for-profit 501c3 organization which operates in partnership with volunteers and the City of Lake Forest to enrich the lives of its residents through cultural arts, education and charitable service. Gorton relies on the generosity of residents and businesses to help fund programs, services and building improvements offered in the historic building owned by the city. The gathering place in the heart of our community where people connect, converse, learn, listen, play and perform.