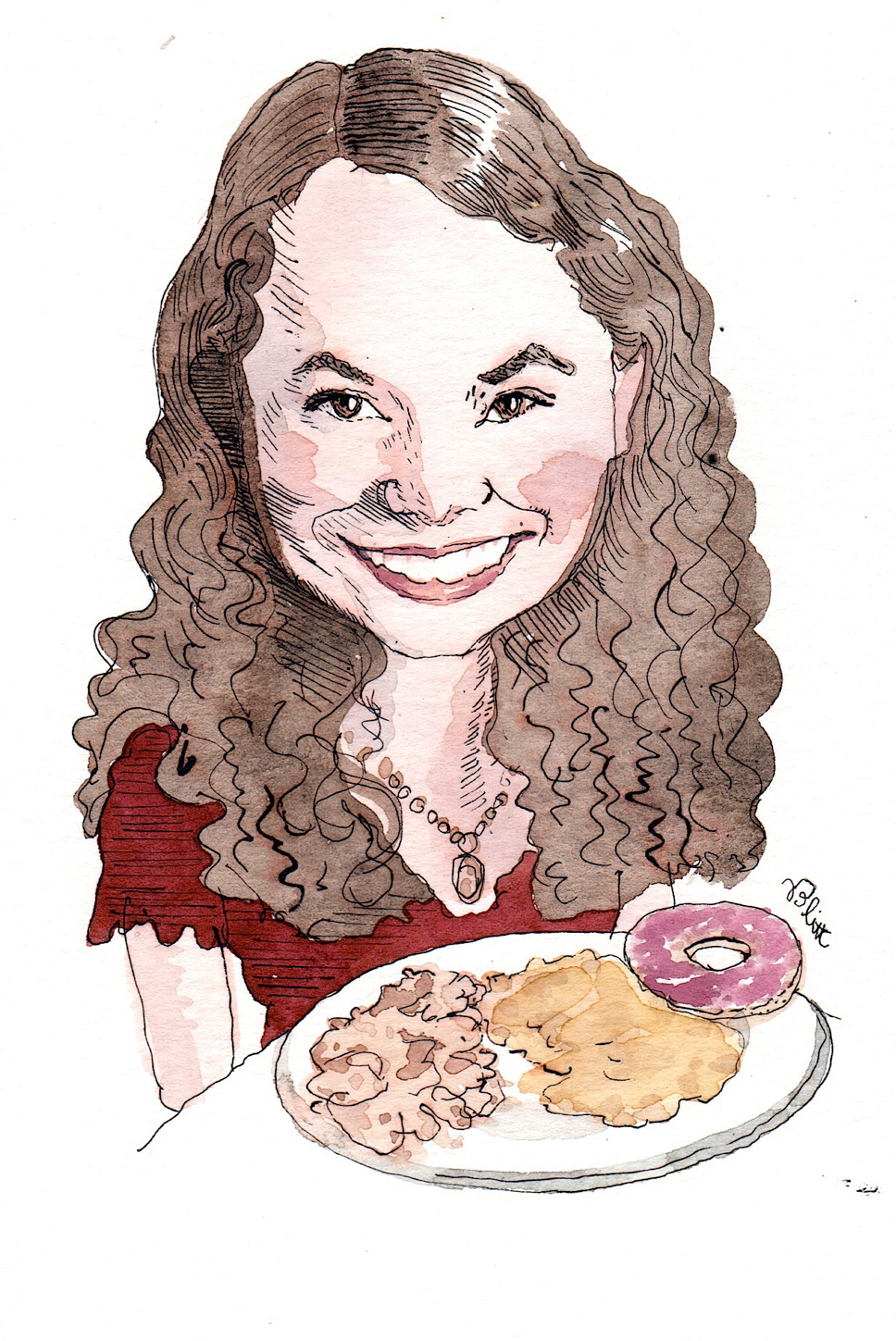 Jessica Puller in an illustration by Barry Blitt

The Nite N’ Gale, with its dimly lit dining room, is packed, alive with a level of chatter for which the Highwood restaurant seems unprepared. As we take our seats, Jessica Puller is a little concerned I might not be able to hear her.

She needn’t be, though.

Puller’s voice is forceful and direct. Her projection may be a vestige of her experience on the stage, a bi-product of her passion for theater, or both — what is plain is that hers is a voice that wants to be heard.

As a playwright and aspiring novelist, Puller fractures and channels her voice through the characters she creates on the page. A Northwestern University graduate, with a bachelor’s degree in theater and a master’s degree in elementary education, Puller has written more than 20 plays, several of which have been published. She cites so many during our conversation — ranging from mythological adaptations to cleverly disguised meditations on death — that I wonder aloud how she finds the time to write so prolifically with a full-time job.

“Nights, weekends, on the train,” responds Puller, whose favorite Sunday breakfast consists of scrambled eggs with hash browns and a bagel with strawberry jam. “And on the bus once, which was hard.”

These days, Puller writes primarily with a children’s or young-adult audience in mind. When asked why, Puller refers to a career-changing course she took as an undergrad.

“I found I was having more of an emotional connection to the children’s theater pieces,” she says, “than the adult stuff.”

Taken one by one, her plays do seem to orbit around themes central to childhood, such as bullying and individuality. Together, though, I find that her oeuvre reveals a profound faith in the power of imagination, and, in the same sense, a desire to reify the intangible into more overt totems children can understand.

Puller’s latest play, which will run at Citadel Theatre in Lake Forest from Nov. 21 to Dec. 21, is called “From the Heart,” and it’s a mash up of two holiday stories: “The Gift of the Maji” by O. Henry, and “A Christmas Memory” by Truman Capote. It too features a young protagonist — a modern-day child inundated with modern-day technology, to whom Puller reintroduces a theme she holds dear.

“The Citadel show allowed me to return to a convention I really love, which is the convention of storytelling,” she says of “From the Heart.” “It’s this idea that telling stories is the most important, amazing gift you can give someone.”

Indeed, Puller claims that one of the most rewarding moments of her career occurred in South Bend, when an audience member at one of her plays seemed to really identify with the story unfolding onstage.

“A guy who was sitting in the audience walked up to me and shook my hand and said, ‘Thank you for writing this play,’” Puller recalls. “It’s a very small thing. It’s not a Tony. It’s not a million dollars. But that’s why I want to write plays — to have them make an impact on someone’s life.”

First published in The North Shore Weekend on November 14, 2014