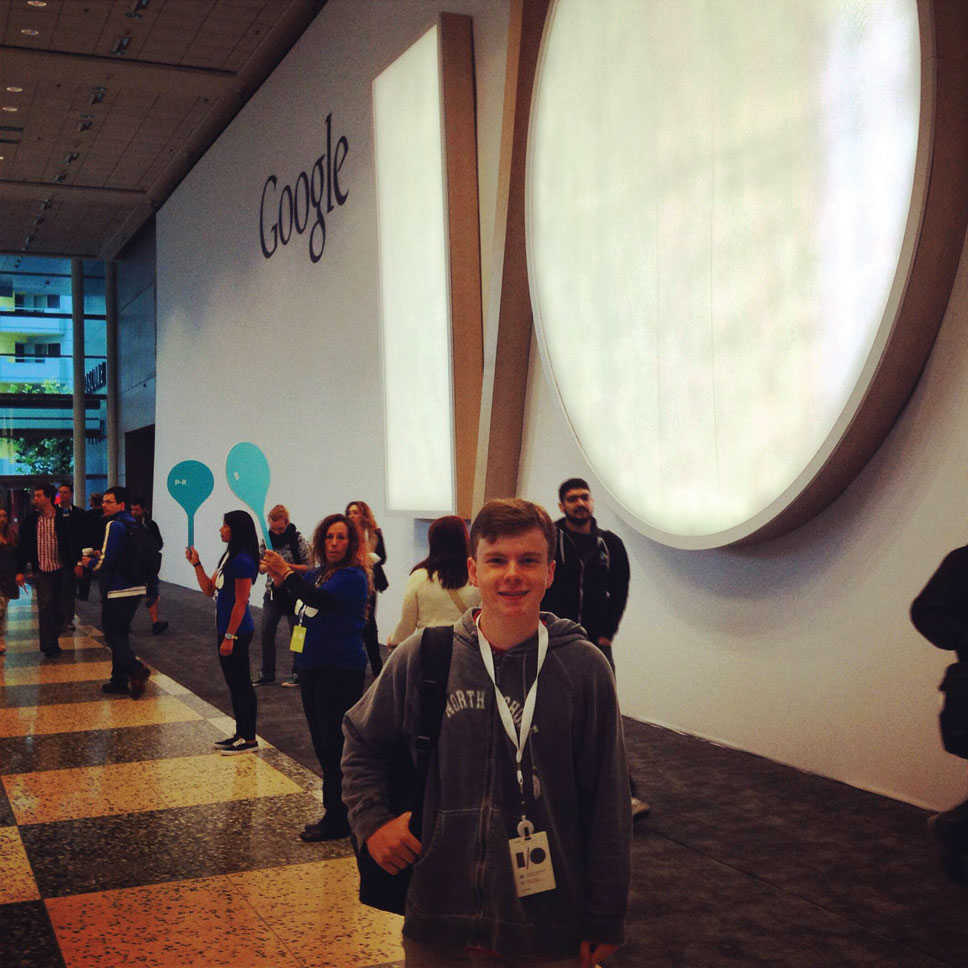 Every year, Google hosts a software developer’s conference called Google I/O. The purpose is to introduce software developers to the new range of technologies Google will release for the coming year and the tools developers will have for creating applications for Google’s Web platforms and mobile devices. Tickets to the two-day event have been known to sell out in less than an hour.

One of the attendees this year, however, didn’t have to worry about tickets. For the second summer in a row, Tommy McHugh, a 15-year-old sophomore at North Shore Country Day School in Winnetka, was invited to the conference as an academic partner.

“I’ve been working on programming and building apps and websites for awhile,” says McHugh. “I’ve done a fair amount of open source contributions. A couple people at Google noticed that and invited me out since I had worked primarily with some of Google’s key technologies.”

The technologies McHugh has invested his time into help other software developers build apps for Google’s devices with more ease. He’s built libraries that help people access online resources and bring them into apps. He’s been working on a way for people to develop Android apps for Chromebook, Google’s laptop brand, which hasn’t been possible before. And he also builds apps of his own.

He released his first app, Photo Cloud, at the age of 13. It was an iPhone app the synced photos from the user’s phone to the iCloud before Apple instituted the Photo Stream feature. He’s currently at work on an app called Prep for Google’s Android phones. Prep is designed to collect all the pertinent information from a user’s multiple social media platforms and file sharing sites and compile them for ease of use based on where the user currently is and what they’re currently trying to accomplish.

“I’ve really loved programming since sixth or seventh grade, when I started fiddling around with computers,” McHugh says. “I think it’s going to be more important for everyone to learn as we’re in this new digital age when everyone’s using their iPads and their iPhones and their computers. I’m not doing this because I feel like I have to do this to get into college. I’m just really interested in it.”

His personal interest is such that in addition to working in the open source community, creating his own apps, and developing libraries and shortcuts for other app developers, he’s undergoing an online computer science class through a company called Amplify. It’s a way of supplementing his academics and focusing on his area of interest, as well as receiving credit through his school as an independent study. Evidence that he’s also good at academic programming.