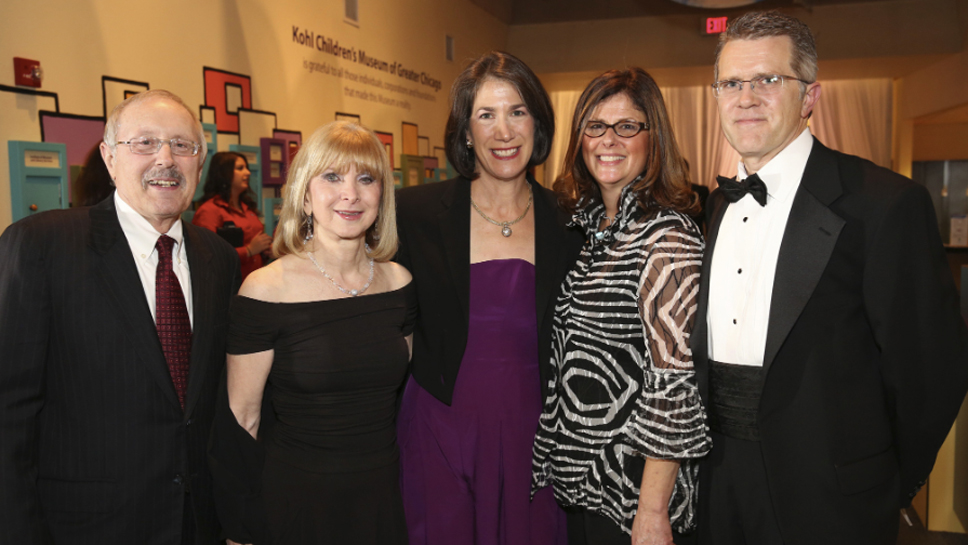 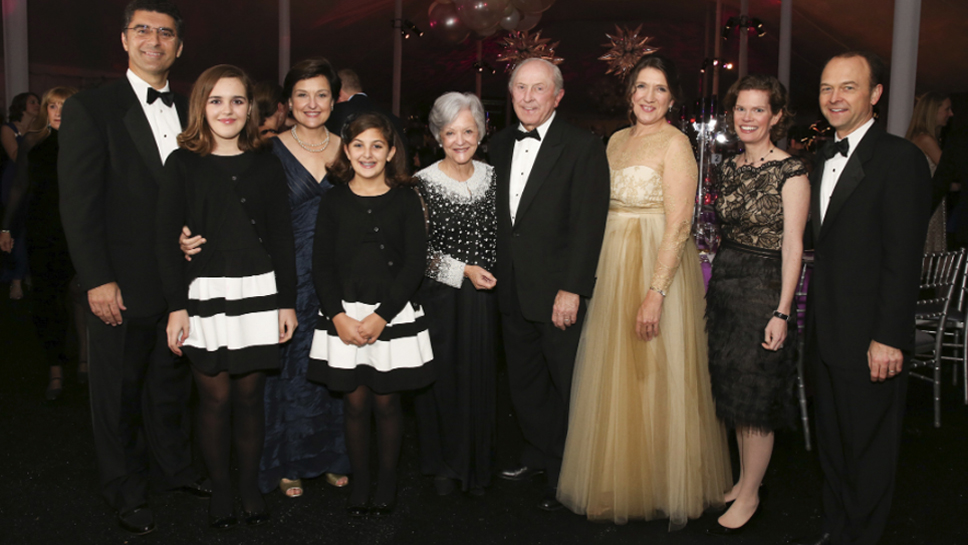 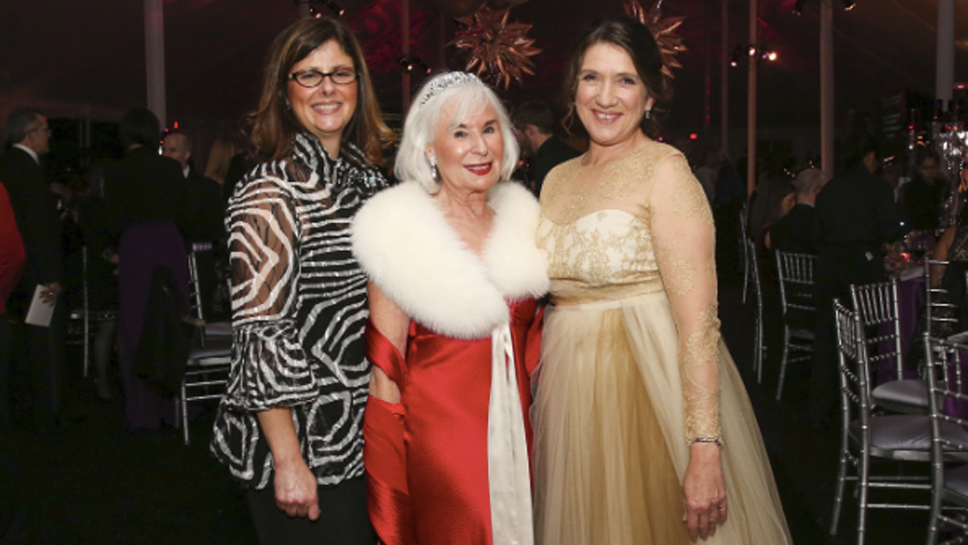 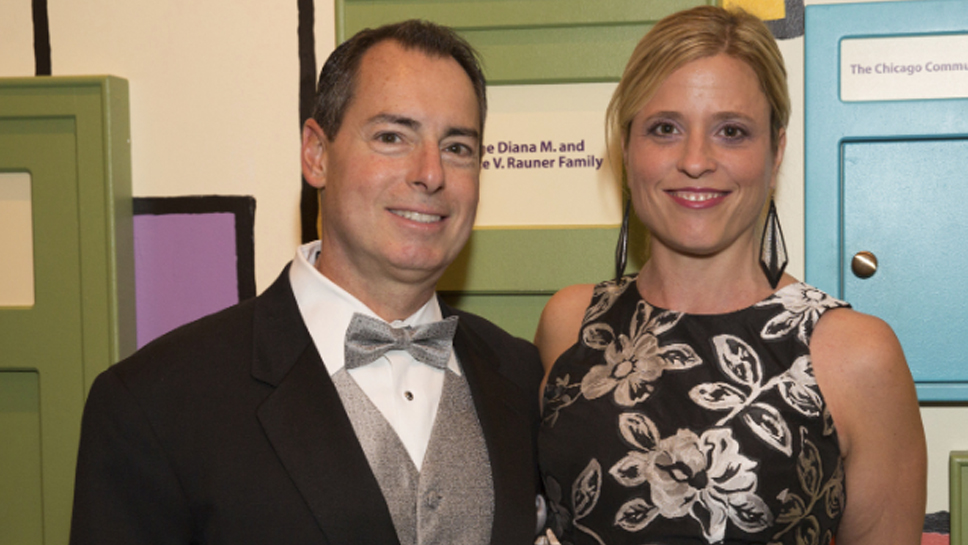 Kohl Children’s Museum of Greater Chicago’s annual black-tie gala “An Evening to Imagine” brought together many of the Chicago area’s top philanthropists to celebrate the ninth anniversary of the grand opening of the Museum in Glenview. The 2014 gala, themed “Igniting Curiosity, Inspiring Imagination,” proved a great success, raising more than $500,000 to support the Museum’s educational programming, operations, services for children with special needs and outreach to children and families in low-income communities.

On Saturday, October 18, just under 400 guests from Chicago and surrounding communities convened for an evening of dining, music, dancing, auctions and magical entertainment paying tribute to the gala’s honored guest David Hiller, President and CEO of the Robert R. McCormick Foundation.

The annual gala event was presented by the McClung family, with Jean and Jim McClung of Winnetka, Rob and Cyndy McClung of Chicago and Lisa McClung and Blasko Ristic of Winnetka serving as co-chairs. In addition, the incredible evening would not have been possible without the leadership of the gala committee, including Sarah Alshouse of Winnetka, Pam Davis of Highland Park, Bethany Crocker of Winnetka and Linda Sutenbach of Highland Park.

The evening began with a cocktail and hors d’oeuvres reception in the Museum’s exhibits and the opportunity to bid on luxurious silent auction items including exciting evenings at the theater, special dinners at top Chicago restaurants, Museum birthday parties, wine tastings and more. Guests were also treated to musical entertainment from the Music Institute of Chicago.

“ The Robert R. McCormick Foundation’s commitment to fostering communities of educated, informed and engaged citizens coincides perfectly with the Museum’s mission to continue to provide exhibits and educational programs that encourage young children to become effective learners,” said Museum President and CEO Sheridan Turner. “Through this partnership, The Robert R. McCormick Foundation has ensured that the Museum will continue to support critical outreach and professional development programming.”

An adjacent grand tent on Kohl Children’s Museum’s 9-acre campus held a delicious three-course dinner provided by J & L Catering of Chicago, dancing to the music of the Gold Coast Orchestra and a live auction featuring items including a Telluride vacation, a private dinner party for 10 from J & L Catering, tickets and pit passes to the Indy 500 and Justin Timberlake concert tickets.

About Kohl Children’s Museum
In recognition for its outstanding exhibits and impact on Chicago land families, Kohl Children’s Museum was recently named one of the country’s Ten Best Children’s Museums by Parents Magazine. The Museum was ranked sixth out of more than 300 children’s museums nationwide and was the only Chicago area museum recognized.
Offering 17 interactive, hands-on exhibits for children age’s birth to 8, the Museum’s mission is to encourage young children to become effective learners through self-directed complex play. Kohl Children’s Museum is located at 2100 Patriot Blvd., in Glenview, Ill. at the corner of Patriot Blvd. and W. Lake Ave. in the newly redeveloped area known as The Glen. The Museum can be easily reached by public transportation, including Pace bus and Metra trains.