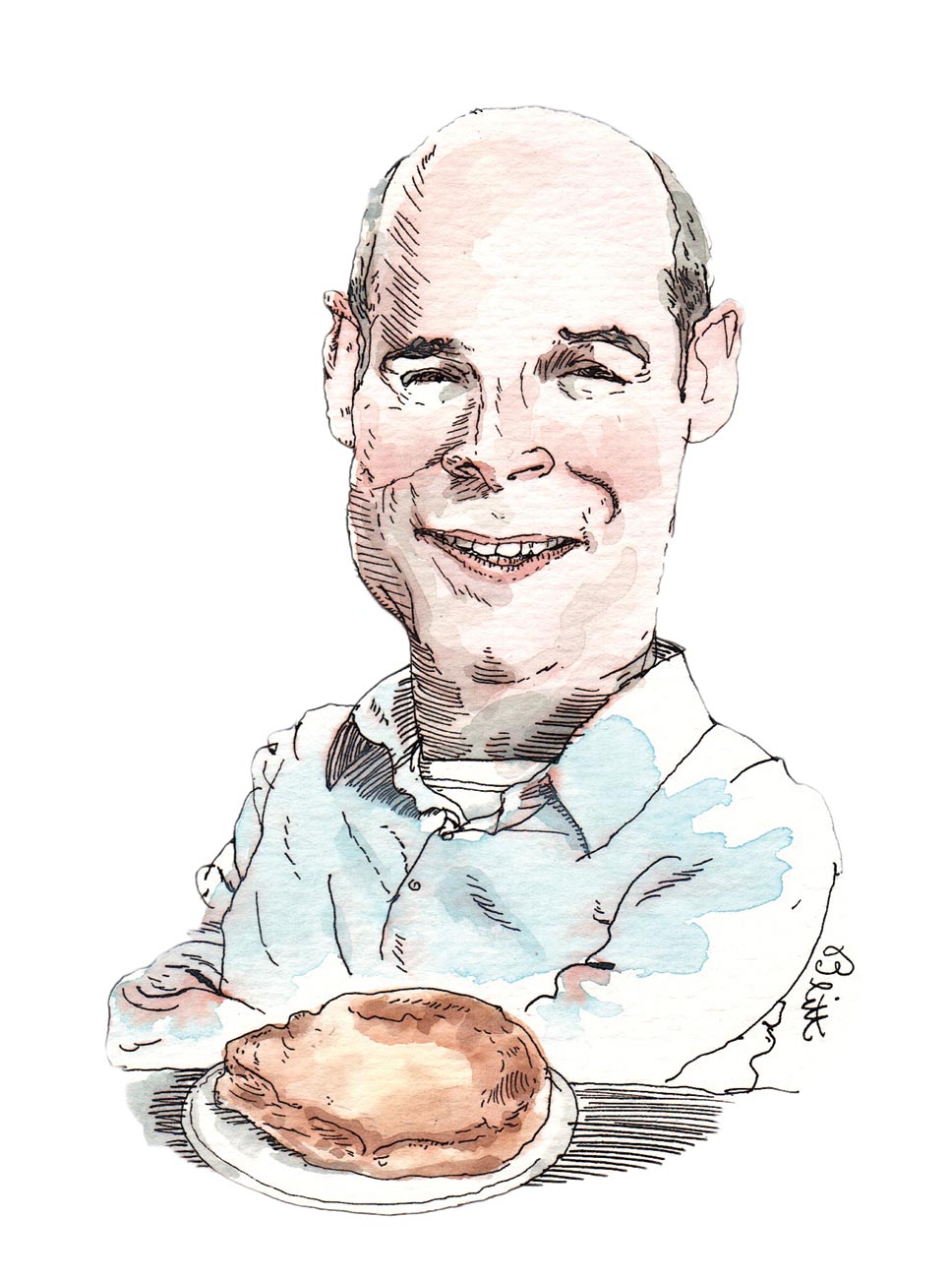 When away from his desk at WTTW in the 1990s, Geoffrey Baer served as a docent for the Chicago Architecture Foundation, presenting architectural history tours on the river. Oftentimes, once the excursion ended, people would come up and ask questions.

One day, a tall man engaged him. He asked questions — one after another.

“I had to go,” Baer recalls at a table in his favorite spot — Walker Bros. The Original Pancake House in Wilmette, where he prefers the plate-filling Dutch Baby pancake. “I walked away, and he followed me, pummeling me with more questions.”

Finally, the man’s wife said to her husband, “Do you want to tell him who you are?’ “

It was John McCarter, chairman of WTTW. The next day, he called a producer and suggested that Baer be assigned a show based on his cruises along the river.

Up until that time, Baer — who had worked at ABC and NBC affiliates — always served as a television producer, never an on-air talent. Since his “Chicago by Boat” show debuted in 1995, his face has been everywhere on Channel 11 — from “Chicago’s Loop: a New Walking Tour” to “Biking the Boulevards,” among many others. The shows have garnered more than $6 million in funding from corporations, foundations, and viewers — and are consistently among the most watched programs in WTTW’s schedule.

That success is especially astounding when one considers Baer’s first show. After traveling on a white boat during a blindingly sunny day, with a television light flashing in his face for hours, he awakened in the middle of the night — and couldn’t open his eyes.

“It was excruciating pain,” he recalls. “I went into the hospital, and the nurse said, ‘We see this all the time. You sunburned your corneas.’ “

Despite that inauspicious start and his behind-the-camera history, Baer’s move to the other side made sense. A stalwart during plays at Deerfield High School (he cites drama teacher Irene Kramsky as a major influence) and armed with a masters in theater from Northwestern University, “performing has never been a foreign thing to me,” says the 58-year-old, who even trained at Second City at one point.

Much has changed since “Chicago by Boat” started, back when a minute-long standup from Baer in his casual, easygoing style was common.

“As the audience attention span gets shorter, a minute-long standup now would seem almost interminable to the viewer,” Baer says.

A die-hard city dweller until his family’s move to Evanston three years ago, Baer was stunned how much he enjoyed writing and hosting six historical programs about the suburbs for WTTW.

“I thought I’d be in purgatory. I found that it was fascinating,” says Baer, who attended Lincoln School in Highland Park. “You never hear about the south suburbs except for crime. But it’s an epic story of American industry, from steel mills to labor unrest — it was rich in Greek tragedy.”

Baer would like to host a show entitled “Chicago on Vacation,” an examination of grand spots such as Lake Geneva. And last year, Baer expanded his scope well beyond the area. He hosted “10 Buildings that Changed America” for PBS, visiting everything from Trinity Church in Boston to the Disney Concert Hall in Los Angeles, where he interviewed architect Frank Gehry.

“He said, ‘I’m grouchy — I’m going to give a terrible interview,’ “ Baer recalls. “When the camera started rolling, he was brilliant. When we asked if he could give us a tour, we could barely get the camera out of the tripod to follow him, he was moving so fast.”

More “10 that Changed America” projects are on the drawing board, including homes and city parks, which fit perfectly with Baer’s lifelong passion for architecture. It was buoyed by an architectural drafting class at Deerfield High School and an “eye-opening” history of urban development class during his junior year in Luxembourg through Miami University in Ohio.

“These are dream projects, seeing these incredible works of design and architecture,” he says.

And to think those dreams may have never come to pass had it been pouring rain on the Chicago River one day. Says Baer, “I’ve often thought that if John wasn’t on that boat, I may not have had this career.”