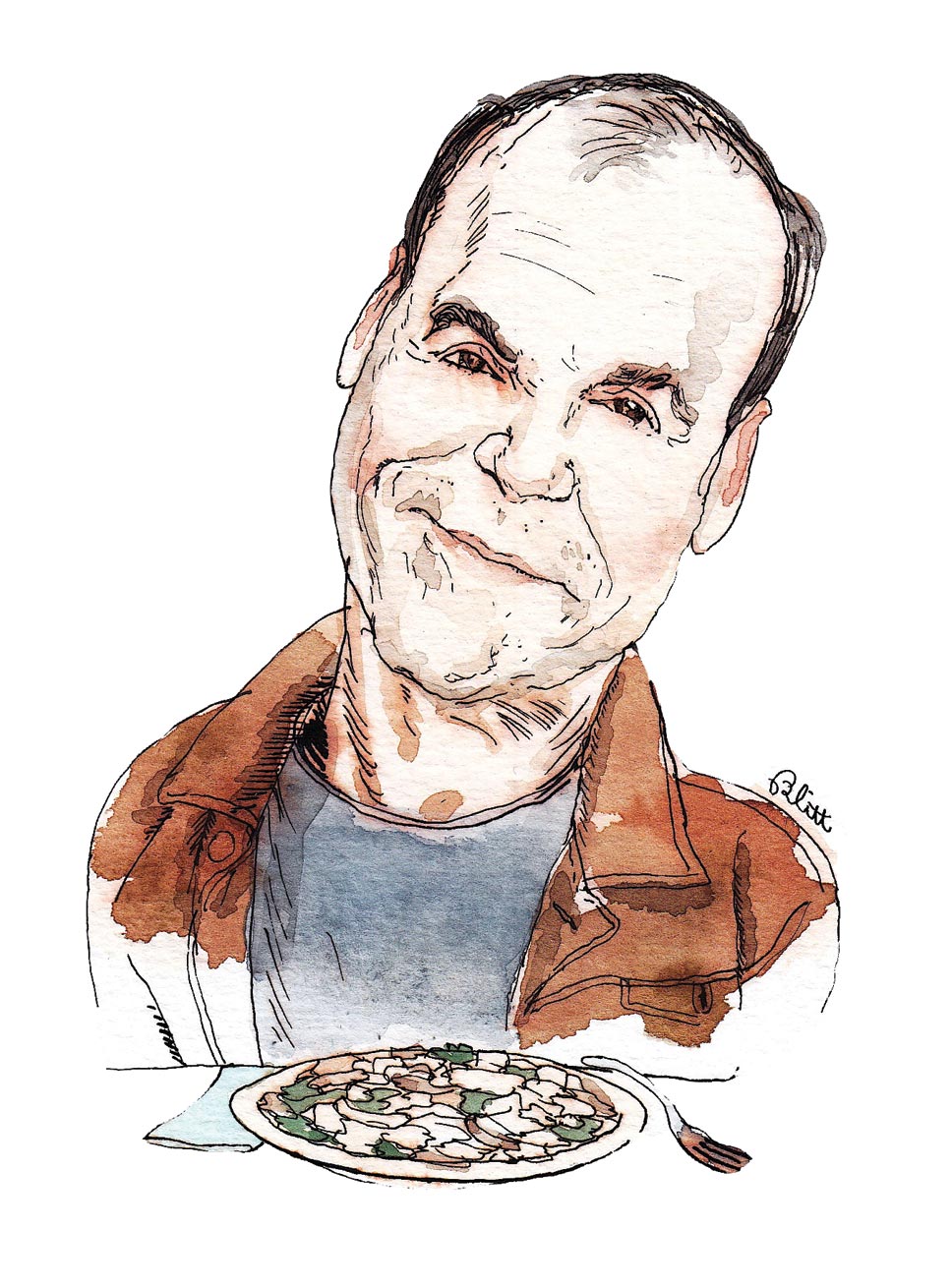 Imagine being a best-selling novelist for more than a quarter of a century. Then, at age 65, you’re handed one of your earliest undertakings as a writer — that scourge of high-school seniors, the college essay.

How did Scott Turow react?

“It was the first time I thought I actually deserved to have gotten in,” recalls Turow, who received the long-ago paper before his last meeting after 12 years on the board of Amherst College in Massachusetts.

That essay about a New Trier High School teacher who had been hard on him proved successful — as has the Evanston resident’s lengthy career as an author of legal thrillers. On July 15, the paperback version of “Identical” — yet another New York Times best-seller in hardcover — will be released by Grand Central Publishing.

Over a tofu scramble with a side of apricot cheese flakey at The Lucky Platter in Evanston, as a string of Beatles’ songs plays above the restaurant’s black-cushioned booths, Turrow shares his inspiration for his latest creation about identical twins.

“My sister was a twin, and the other died in childbirth. It was a puzzling event when the other baby didn’t come home,” says Turow, age 3 at the time. “I think because of the way the event loomed over my childhood with a mythic weight, I was fascinated with identical twins.”

Turow has been pleased with hard-cover sales — “though I’m way too old to jump off a cliff if a book doesn’t sell” — for a book whose reviews have been less than stellar. The New York Times warned readers that, upon finishing “Identical,” they might feel like they’ve endured “a long family meal with too much talk and food: disoriented, logy and a little nostalgic.”

Regardless, Turow’s national best-sellers stretch back to 1987, when “Presumed Innocent” captivated readers (and was turned into a movie starring Harrison Ford in 1990). Some may forget that, from 1978-86, Turow served as an assistant U.S. attorney in Chicago, a job he loved. So why jump into writing?

“Each case is a death struggle — people’s liberties are at stake,” says Turow, who authored much of “Presumed Innocent” on his train commute to work. “Trying to be respectable and ethical, and to overcome the barriers defense lawyers are properly trying to create, all of that stuff had me teeming with emotion. Writing a book about a prosecutor seemed like a natural.”

Turow says his mother, Rita, dreamed of becoming a novelist. Though she joined a writers’ workshop in Winnetka, publication never came.

“I took on her dream,” notes Turow, who knew he wanted to be a novelist at age 11 and who was enamored by Alexandre Dumas’ works. “I worked really hard as a young person to understand the craft of writing fiction.”

During a college visit, Turow fell in love with the Amherst campus. So smitten was he by the private liberal arts college that he was shocked to find when he arrived there were no creative writing classes.

Undeterred, he wrote a novel exceeding 250 pages his freshman year about two boys on the North Side of Chicago who move away from home and witness the murder of a black prostitute in New Orleans.

“I can’t bear reading that novel again because it wasn’t my voice,” Turow says. “The big challenge me and most people find as writers is to find your voice. Now, my satisfaction from writing is deep. You can get in touch with an inner self and give it voice.”

Though the New Trier High School graduate — who believes “the best novels can be read by the English professor and the bus driver” — has focused on fiction, he also wrote “One L,” published in 1977 by G.P. Putnam Son’s, about his tumultuous first year at Harvard Law School. The man who once adorned the cover of Time magazine contributes essays and op-ed pieces to The Washington Post, Vanity Fair and other publications. And he remains engaged in the law, serving as a partner with the law firm Denton in Chicago, where he concentrates on white-collar criminal defense.

Twice the president of the Author’s Guild, Turow recently battled with Amazon, who itself is battling with Hachette Book Group over new e-book terms.

“You would think that Amazon and authors would be a natural partnership. But the company’s domineering behavior makes that impossible,” says Turow, who used to be invited by Amazon chief Jeff Bezos to gatherings until he called the founder’s firm the “Darth Vader of the Literary World.”

But a big smile crosses Turow’s face when the talk turns to Rock Bottom Remainders, a musical group that includes humorist Dave Barry among other well-known writers.

“Anyone who knows anything about music would not let me near a microphone,” says Turow of the group that performs mainly at book festivals and gives proceeds to literary charities. “In the same sense that a barking dog is a singer, I’m a singer. Everybody in that band is Mozart in comparison.”

Turow’s next novel, likely to be published in 2016, will be set at the International Criminal Court at The Hague, Netherlands. Whether it joins that special list again like his nine previous works of fiction — which have sold about 30 million copies worldwide — doesn’t concern him much. Says he, “Being a best-selling novelist was not my expectation — and truthfully, not even my goal.”