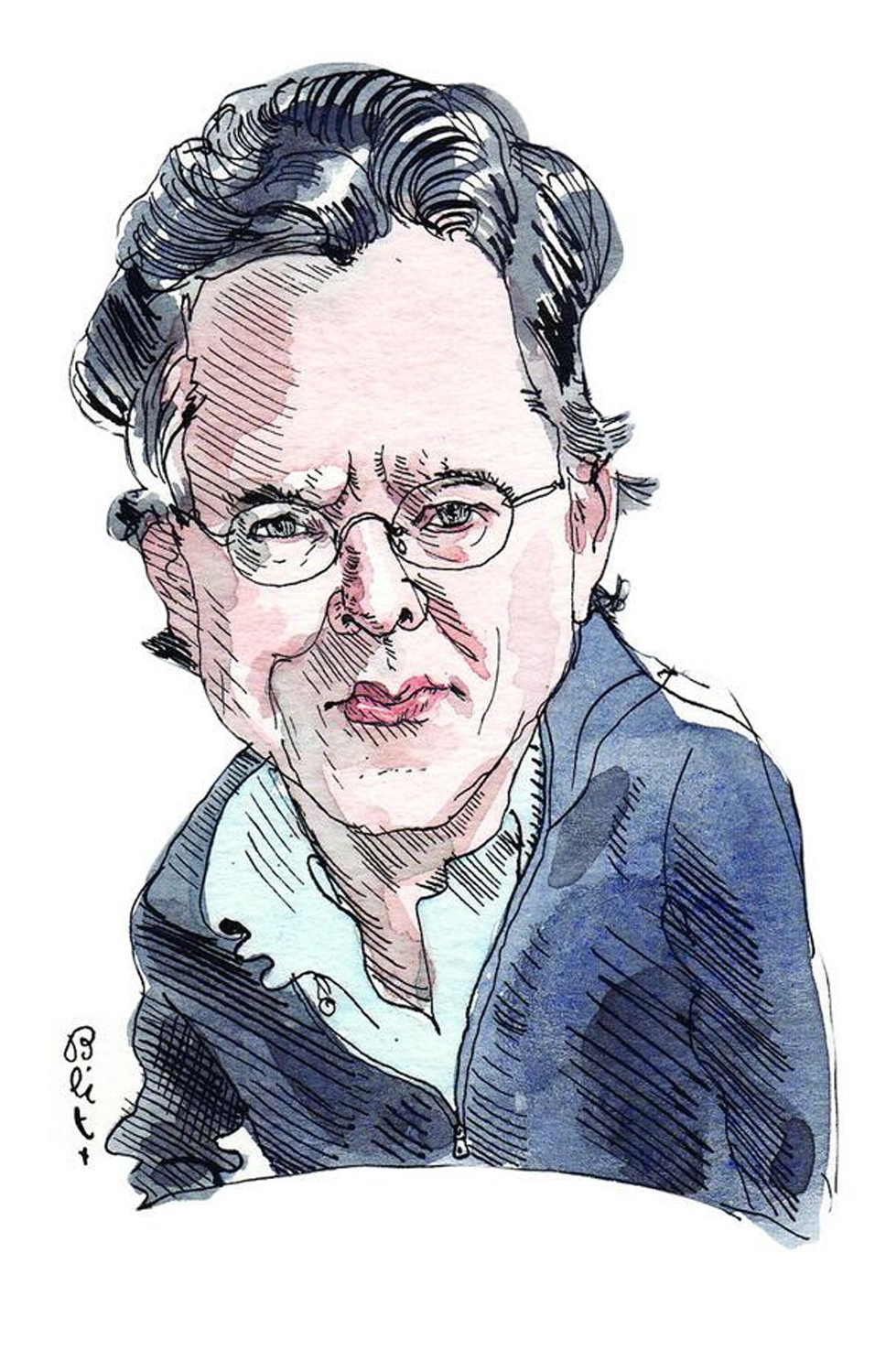 A generation ago, in the land before the Internet, a national magazine existed that skewered the powerful in words and photos. Donald Trump, for one, fired off regular letters of outrage.

“One time we published all his correspondence with us,” recalls Kurt Andersen, co-founder of Spy, the irreverent publication whose monthly appearance rattled the establishment, especially in New York and Washington. “He was a great figure for us — it was fun to get a rise out of him.”

Starting a national magazine without the backing of a media conglomerate — or a famous name like John F. Kennedy Jr., a frequent target of Spy’s darts — almost seems absurd. But Andersen and Graydon Carter (now the editor of Vanity Fair) launched Spy in 1986, and it quickly became a must-read, thanks in part to the two editors.

Its inaugural 68-page issue highlighted “The Ten Most Embarrassing New Yorkers.” The “Separated at Birth?” feature displayed often-unflattering photos of celebrity lookalikes. A column reviewed those who thought they had the last word — reviewers. On occasion, the satirical magazine even ran solidly reported investigative features.

“People thought we were getting sued a lot. We weren’t,” Andersen says. “We were very careful. We had a fact-checking department, a lawyer.

“My favorite threat of a suit was a cover story of feuds between famous people. In a sidebar we said how Gore Vidal was quite litigious. We even catalogued all of his lawsuits. He threatened to sue us for that.”

Had Andersen’s work ended with Spy — named after the magazine which employed Jimmy Stewart in “The Philadelphia Story” and which folded in 1998 after a 12-year run — the native of Omaha, Neb. could have been proud of his big-city career. But he also served as editor in chief of New York magazine and penned columns for Time magazine. He wrote screenplays for Walt Disney Pictures and launched a radio show called Studio 360.

And last year, his novel “True Believers” received top reviews. Set in part in Wilmette and written in the first person, the suspense-ridden book looks at three junior-high kids who roamed the North Shore in the 1960s — and how that past affects a woman who has removed herself from being appointed to the U.S. Supreme Court.

“I wanted Midwestern kids, but I wanted them to be near a city,” explains the 59-year-old, who spent a day walking around Wilmette to get his descriptions down right. “Chicago was the first big city I ever went to. And I remember eating the biggest pancakes at Walker Bros. The Original Pancake House in Wilmette.

“I thought the North Shore was the nearest simulacrum to the affluent Midwestern suburb. I remember at high school in Nebraska, the principal always talked about New Trier as the best high school. So that wasn’t an arbitrary choice.”

During a childhood he described “as good and pleasant as could be,” Andersen put out his own newspaper at home. In third grade, he wrote an essay about Thanksgiving. It, along with his picture, was printed in the local paper.

“That was the single most important thing that set me on the road to being a writer. I thought, ‘Man, this is great,’” Andersen recalls.

College found the teenager at Harvard, where he worked at the illustrious Harvard Lampoon. After graduation, he helped put out independent parodies of The New York Post and The Wall Street Journal that were sold on newsstands across New York City.

“My favorite one was the New York Post. The cover was about nuclear Armageddon, and there was just one giant word: ‘Kaboom!’ “ Andersen noted. “For The Wall Street Journal parody, I wrote a story headlined ‘The Plight of the Second-Home Homeless.’”

While working at Time Inc. in his 20s, Andersen met Carter, and they quickly began having lunches and talking about the magazines they loved growing up, such as Mad and Esquire. They yearned for another magazine they couldn’t wait to get.

“We thought about the stories that journalists talked about the bar and could never publish,” Andersen says, “and we said, ‘Hmmm…’”

Thus was born Spy. In the age when newspapers such as The New York Times wielded tremendous power, Spy ran a gossipy inside look at life inside the Grey Lady. Admits Andersen, “To be 32 years old and feel you were burning a lot of bridges was sort of terrifying. I didn’t grow up thinking of myself as a risk-taker. But quitting my job at Time and starting this long-shot magazine was a huge risk.”

Within three years, the magazine packed with liquor, beauty and fashion advertisements was breaking even. But the recession of the early 1990s punished Spy. It was sold. Carter left, followed by Andersen. As the Monica Lewinsky scandal engulfed America — a seemingly ideal subject — Spy folded.

Lake Forest’s Dave Eggers noted, “There’s no magazine I know of that’s so continually referenced, held up as a benchmark, and whose demise is so lamented.”

Says Andersen, whose office today contains two bound volumes of Spy along with a Spy-logoed paperweight, “This strange little magazine … it was like being in a great band that had a great run. Now I’m doing other things.”’’

Today the Brooklyn resident writes in the mornings and works on his Studio 360 show in the afternoons. Originally his next book was set to be a science-fiction novel, but both his agent and publisher persuaded him to work on a non-fiction idea instead, about “how American has gone a little crazy,” he explains.

And once or twice a year, Andersen contributes to Vanity Fair, run by his former Spy cohort.

“They propose things, and I can say yes or no, but I usually say yes,” he says. “The editor there has an uncanny sense of what I’m interested in.”