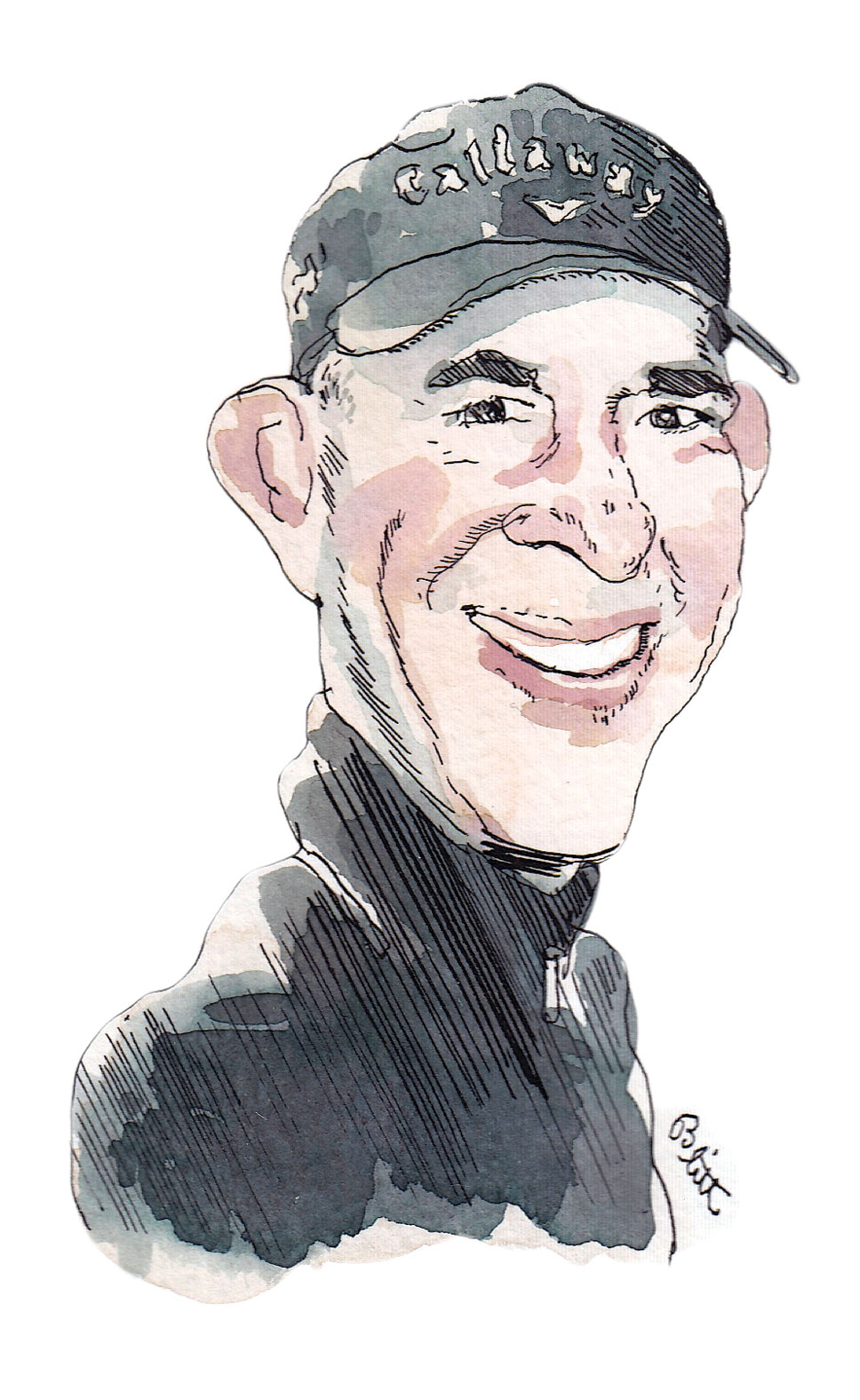 Since the PGA Tour launched in 1929, players have carded an untold number of birdies and marked down dozens of hole in ones during tournaments. But only six pros in 85 years have turned in a scorecard with a number lower than 60.

Jim Furyk accomplished the feat last September at Conway Farms Golf Club in Lake Forest. Firing a 59 in the second round at the BMW Championship after making a short putt on the ninth green, he joined perhaps the most exclusive club in golf — one with far fewer members than those who own green jackets from Augusta National.

The rarity of his accomplishment at the North Shore venue was enhanced by the fact that one other member of the 59 Club was on hand: Chip Beck. Golf Channel broadcaster Jimmy Roberts invited the Lake Forest resident to attend that day, and he was on the premises when the crowd roared as Furyk’s three-footer for birdie rolled in.

“I thought he might actually hole his (second) shot on nine. He hit it real close,” says Beck, who plays Conway a handful of times every year.

“I never dreamed anyone would shoot a 59 there under tournament conditions. There’s a lot of local knowledge needed — there’s a lot of pitch on the greens. They’re very challenging.”

Beck’s 59 came in 1991 at the Sunrise Golf Club in Las Vegas. Unlike Conway, the golfer says the Vegas tract — less than a year old at the time — was ripe for a record-low score during the Las Vegas Invitational.

“You could hit the par 5s in 2; some of the par 4s were wedges. And everyone was aware of the bonus,” says Beck, referring to the $1 million Hilton Hotels prize for any player who broke 60.

After carding a 29 at the turn, someone said to Beck to keep it up; he could shoot a 59.

“Whenever you think about it, it ties you up,” he says.

After 58 strokes, Beck faced a nerve-racking three-foot downhill putt on the final hole.

“It was long enough to miss, I knew that,” he says. “There were spike marks, and it was a dry climate — they were like rocks that kicked up.” After rolling over a couple of spike marks (created when players wore metal spikes), the ball dropped in.

Two years after his memorable round (like Furyk, Beck did not capture the tournament), the University of Georgia All-American was living every golfer’s dream: he was in the hunt for The Masters championship on the back nine at Augusta. Forced to change his game to adapt to the course (abandoning for the most part his low cut for a draw), Beck and Bernhard Langer dueled for first at Amen Corner. But by the time 15 rolled around, Langer had jumped to a three-stroke lead.

With a drive 10 yards past the German’s ball there, Beck faced 236 yards to the front of the par-5, with water hugging the green. Langer laid up — then so did Beck.

Golf commentators went nuts. A scathing column by the famous Los Angeles Times sportswriter Jim Murray opined, “What we should do now is send Beck to the blackboard to write in chalk 100 times: ‘You don’t play the Masters for second place.’ “

“They were just upset an American was going to get beaten,” Beck says. “To call my a coward, like (CBS announcer) Ken Venturi did on the air, I thought was disgraceful. I was really amazed a guy could ridicule me like that. You have to play what you’re capable of.”

Speaking of length, Beck is unnerved by the game’s obsession with longer and longer courses.

“They’re building a course in Louisiana that’s 8,500 yards. What are they thinking about?” says the three-time Ryder Cup player. “The strength of the game is that it’s a social game. It’s about having friends at your country club and helping the young kids coming up. No one has enough time for five- and six-hour rounds. Make it tougher around the greens instead.”

Beck, 57, is amazed how technology has changed the game (from 1993-2003, the average PGA Tour drive jumped nearly 28 yards). He’s no fan of the spring-like effect off of modern-day blades.

“When I played Jack Nicklaus, it was maybe a club or two difference between us. Now you’re four clubs behind a guy. There’s no way a 54-year-old can compete with a 24-year-old.”

While he tries to qualify for events on the Champions Tour (“it’s hard to make a living qualifying”), Beck also helps his wife Karen with the business she founded called Grip Guides (www.gripguides.com), an adhesive training aid for beginning golfers to hold the club in the best manner.

“Even the pros would increase distance if they didn’t have a funny index finger placement,” Beck says. “What’s wonderful is kids are learning to play the game with a lot more knowledge. Grip Guide helps the kids get a good start.”

While Karen’s work keeps her in the forefront with golf’s next generation, Beck — whose Twitter handle is @chipbeck59 — knows one shining number helps secure his status with them.