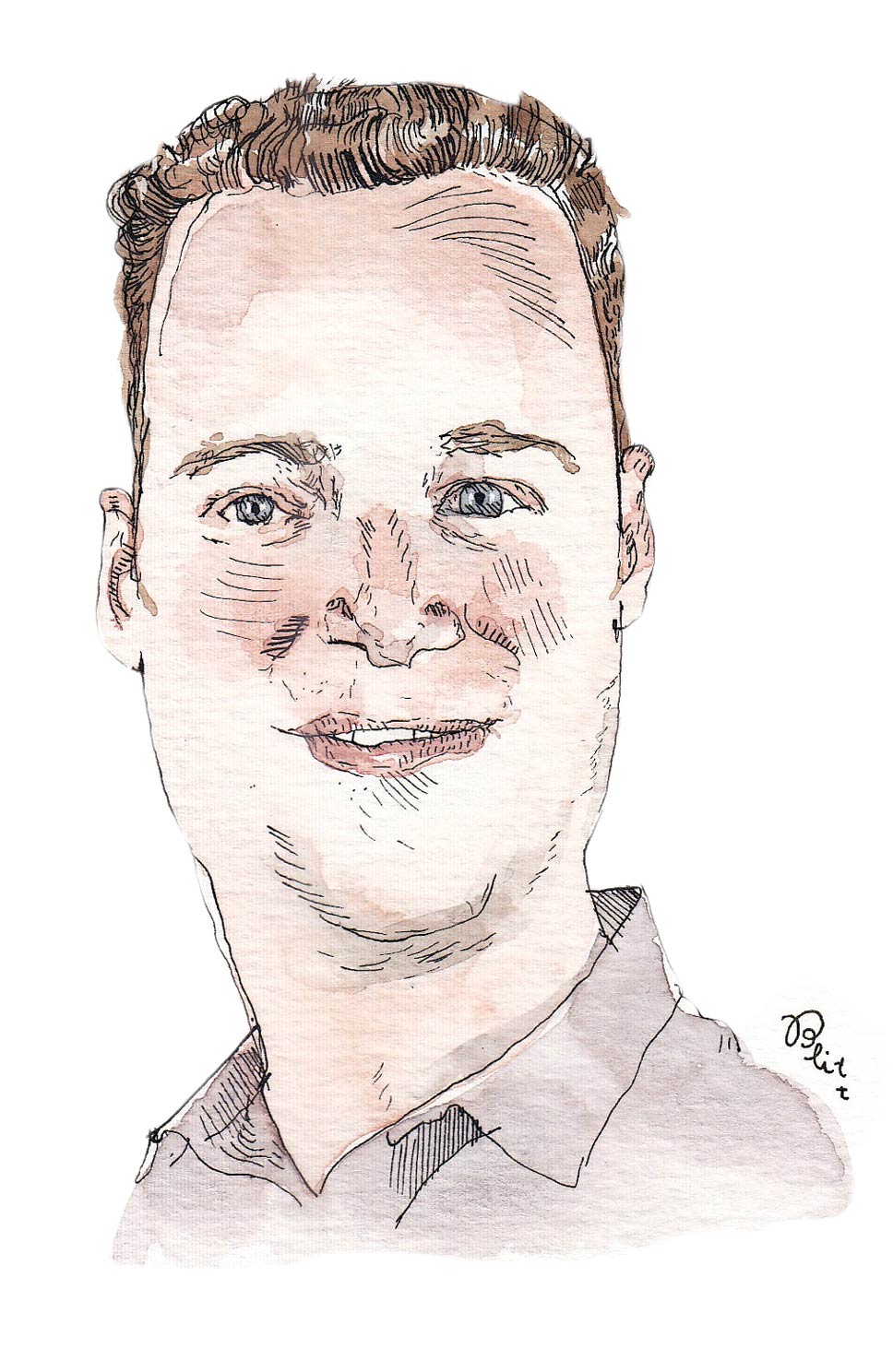 When one walks into Abt, the electronics store in Glenview, no doubt the 60-inch plasma television screens and sizable reclining chairs catch one’s eye.

But it’s what pleases one’s nose that helps set the business apart from its competitors.

“There’s nothing better than walking into a store and smelling fresh cookies, especially when you’re with your family,” says Jon Abt, one of four brothers (including Mike, Ricky and Billy) who help run the 77-year-old business with their father, Bob.

That’s not all. Abt’s “store within a store” includes a salt-water aquarium along with a machine where children can get engulfed inside a giant bubble.

“The kids will be entertained while the parents shop,” notes the Highland Park resident. “It’s all about the experience.”

It is Jon Abt’s charge that even those who never step foot in the company’s sole store also enjoy the Abt experience. Since helping to launch the firm’s first e-commerce site in the late 1990s, he has solidified the bricks-and-mortar veteran’s presence online, where free shipping is one attraction.

“Your competitors are popping up from anywhere. When your product is commoditized, it’s a challenge,” says the quinquagenarian. “How do we give them the Abt experience when they live in Los Angeles? Once you purchase our product, you can call us directly. Others say, ‘Here’s a toll-free number.’”

When, as a teenager in 1981, Abt first worked for the company — started by his grandparents in the Logan Square neighborhood of Chicago with an investment of $800 during the Great Depression — he cleaned toilets and toiled in the warehouse. Though the work may not sound glamorous, it gave him a chance to spend time with his father, a seven-day-a-week worker. And it allowed him to understand how the family business (for the last 11 years based in Glenview on 37 acres) worked from the bottom up.

“During high school, we were required to help out at the store,” says Abt. “But afterwards, he (Bob) wanted us to work somewhere else before coming back here.”

Among his three brothers, Jon Abt waited the longest to rejoin the family business. In fact, 17 years passed after that part-time job at the store before the American University graduate returned.

Far from being a prodigal son, Jon had worked for A&M Records before being hired by EMI, then in the forefront of music sponsorships — bringing groups like The Rolling Stones together with brands such as Jovan Musk during tours.

“No one was doing anything quite like that at the time,” says Abt, enjoying a Dutch Baby (sized more like a Dutch Daddy) at Walker Bros. The Original Pancake House in Highland Park. “It contributed to my understanding of the business side.”

Soon after college, Abt moved to Los Angeles and spent a decade there. He worked for the Grammys, where he helped put on American Idol-type concerts to find the next big bands. Then he became the director of worldwide marketing for DTS, a surround-sound company. More and more frequently, he’d hear the same question.

“People would say, ‘Are you related to the Abt in Chicago?“ he recalls. “It got me thinking that maybe I had come around full circle.”

Around that time, the first Abt transactional Web site debuted, and Jon came on board as a consultant.

“No one knew if it would be a real business,” he says. “At the time, Amazon.com was just selling books.”

Fifteen years later, e-commerce at the company continues to grow, and Abt sales overall show double-digit percentage increases each year. Free technical support as long as one owns a product and other amenities help set the 1,100-employee company apart from big-box competitors. Fourth-generation Abts have already worked there — including Jon’s son Austin in customer service and in the warehouse.

“So many family businesses get ripped to the seams from fighting from within,” Abt says. “My brothers and I, we all get along. We try not to step on each other’s toes.”

All inquiries about selling the company have been brushed aside. “We’re a family business,” Abt explains. “Without the family, what would they do?”

They would probably at least have to change the name — which many customers still pronounce as A-B-T.

Says Abt, “One of our drivers will call and say, ‘It’s Joe from Abt.’ The customer says, ‘Who?’ He says, ‘You know, A-B-T. You ordered a television.’ Then they’re happy to see him.”

Whether they credit A-B-T or Abt, Jon knows satisfied customers are still the key to success.

“At the end of the day, we’re only as good as those customers say we are,” he notes. “We’ve built the business by customer word of mouth.

“I want to make my grandparents proud. The company’s important to the entire family.”