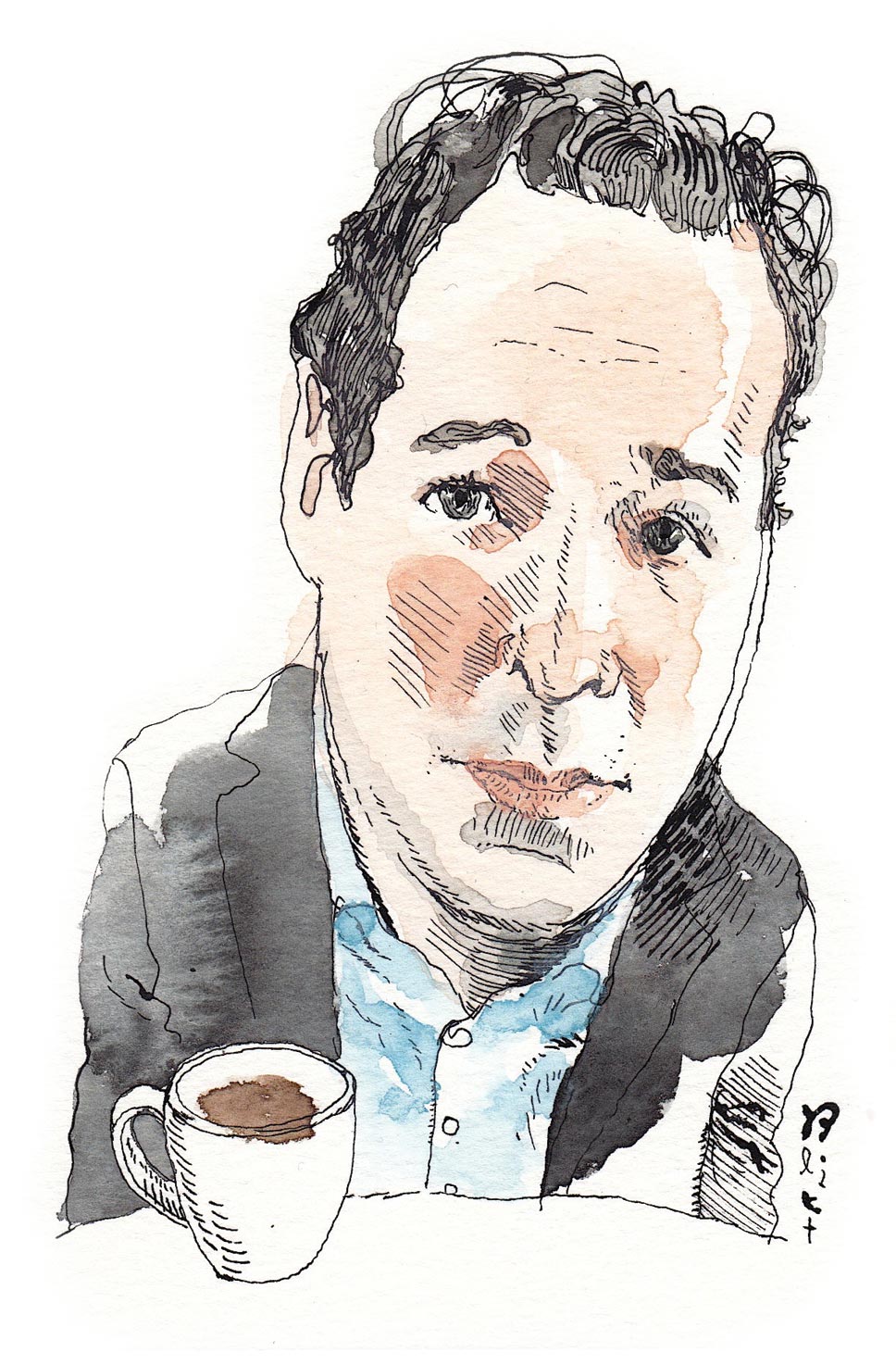 When Rich Cohen graduated from Tulane University in 1990, he sent a blind resume to The New Yorker. To his surprise, a woman asked him to interview for the typing pool, where stories from Roger Angell to John McPhee were inputted.

“I didn’t know how to type,” said Cohen, a Glencoe native who was born in Lake Forest. “She gave me the test, left, and came back. I hadn’t typed anything. She asked why, and I said I didn’t know how.

More than a quarter century later, the New Trier High School graduate is more than familiar with a keyboard. His stories have graced The New Yorker (where he was eventually hired as a messenger), Rolling Stone and, these days, Vanity Fair. His most recent book, “The Fish That Ate The Whale,” is his biggest seller yet. Cohen’s memoir “Sweet and Low” (his grandfather Ben Eisenstadt created the iconic artificial sweetener) revealed family secrets regarding the fight over the fortune, his mother’s disinheritance and more that left him persona non grata among some relatives. “Lake Effect” revealed teenage life on the North Shore, with a special focus on his best friend.

“When I got married — before Facebook — you felt you were saying goodbye to these people forever,” said Cohen, who lives in Ridgefield, Conn. “These were the stories I told when I went out. I wanted to write those stories down in “Lake Effect” before I felt I was superior to them. I knew as I got older I would completely disregard my younger self.”

Included in his writing journey was a month hanging out with the Rolling Stones as they prepared for the worldwide Voodoo Lounge tour in the mid-1990s.

“I watched them rehearse in a high school gym, then play in a bar in Toronto for 300 people,” Cohen said. “They’re the greatest bar band in the world, but you lose that in an arena, where they feel they have to put on a show (because the sound is inferior).

“It was my favorite story to report. One of the greatest moments of my life was Keith Richards telling me how much Charlie (Watts) really, really likes me and believed me to be unusual. It was the ultimate high sign.”

Cohen has interviewed a number of celebrities besides the Stones, including George Clooney, Madonna and Angelina Jolie. The most famous celebrity story in journalism is Gay Talese’s “Frank Sinatra Has A Cold,” a 1966 Esquire piece where Talese was forced to build a profile based principally on the comments of others and his observations of Sinatra, who refused to speak with him. Decades later, Cohen saw first-hand how tough it can be to procure meaningful time with the famous.
“The problem is celebrities are surrounded by so many layers of protection. It’s hard to get to know these people,” he said.

Cohen’s interest in writing began early. As a child, he put out a typewritten magazine that reviewed restaurants, covered foreign affairs — and even offered an expose on his parents’ sex life, which prompted the publication to be shut down for a time (“my first lesson in the First Amendment and its limits”). In junior high, he was fascinated as his father, Herb, wrote a book with a calligraphy pen on yellow legal pads in the basement. “You Can Negotiate Anything” sold more than two million copies.

“If you look back, it seems obvious and clear. I was always interested in writing,” he said.
Only 21, with his main responsibility hustling around Manhattan to deliver galley proofs to New Yorker writers, he wrote his first Talk of the Town piece for the magazine. It examined the Worth monument in New York, situated across from the Flatiron Building. Named after General William Jenkins Worth, the site was in disrepair, and a movement to bring the deceased hero’s remains back to his namesake Fort Worth, Texas materialized.

“You looked for the weirdest, oddest angles, stories that hadn’t been printed elsewhere,” Cohen said of writing for Talk of the Town. “It’s still embedded in me.”

Among writers he admires, he mentions the late Joseph Mitchell and Ian Frazier, both New Yorker writers, while holding a special fondness for a Chicago author.

“I super-admire Saul Bellow,” he said. “His characters always seemed like the guys who moved to Glencoe. A speech in ‘The Adventures of Augie March’ will rival anything in Shakespeare.”
Speaking of Bellow, he influences Cohen’s next project — a fan’s look at the Chicago Bears, which Cohen describes as “Ditka meets Bellow” in tone.

“The book is just a big in-depth disquisition on everything Bears, written in a way that I believe has never been done before,” says Cohen, who likes nothing better than eating a Sunday breakfast at Max’s Deli in Highland Park and watching a Bears’ game.

Once that’s published, is there anything more to accomplish?

Said Cohen, “I’d like to write the kind of book that if people don’t read it, they’d just die.”