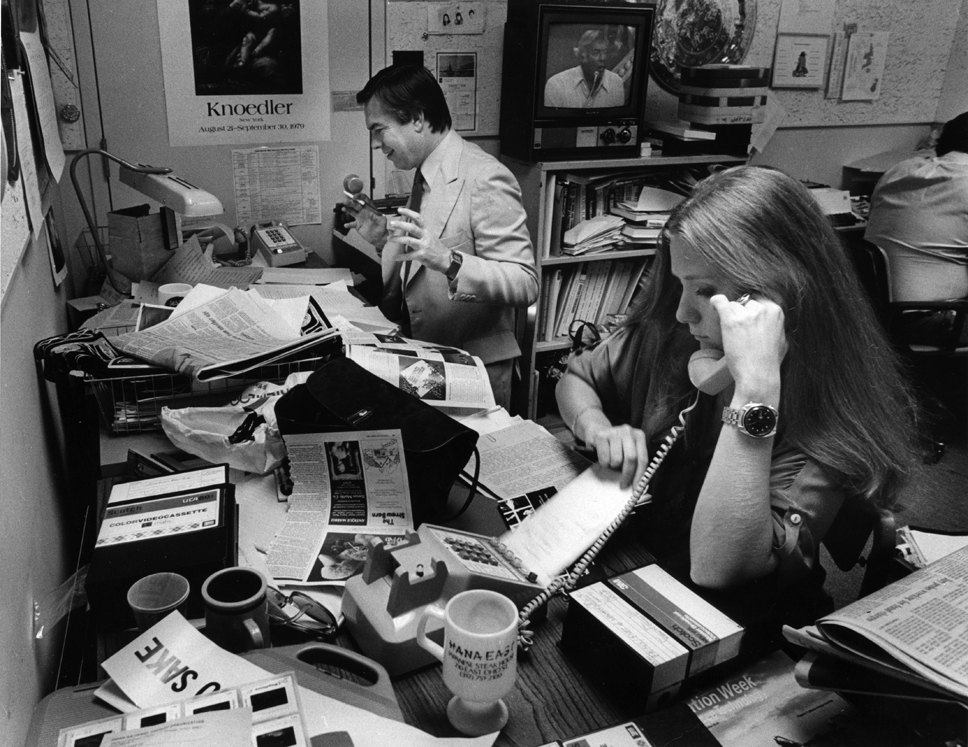 When the Lake Forest-Lake Bluff Historical Society launched the Local Legends series as their signature fundraising event a few years ago, they turned to news veterans Bill Kurtis and Donna La Pietra to help produce it.

“We went right to work as we always do,” explains Donna, thinking back to the first Local Legends event with Captain James Lovell. “Bill was the emcee and I put my production hat on.”

But for this year’s celebration, the tables have turned. Bill is being honored as the Local Legend and his beloved Donna will be asking the questions.

“Are you nervous about what I might ask,” she muses.

“Is there anything you don’t know about me?” Bill retorts back.

This formidable duo has been nearly inseparable since they first met in the CBS newsroom in 1974. “My first read of Bill was completely off,” remembers Donna. “In the beginning, I thought he was just an anchor—a guy that read the news.” It wasn’t long before she realized that Bill was leading a shift in the television news paradigm.

“For so long, TV news was what was written in the newspaper the day before,” Bill says. “Our goal was to break news. How could we advance the story? This was a newspaper approach—TV had never been thought of this way before. We wanted to establish a new tradition.”

Bill calls his first years in the newsroom with Donna—a young transplant from Pittsburgh—the barn-storming days. “If you’re in before there are rules, you are left to your own motivation, and incentive, and devices—your passion and your love for what you’re doing carries you. We had the magic touch then,” Bill says.

“I never left the newsroom. I was 24 years old and running one of the biggest newsrooms in the country. It’s crazy to think about. We would run reports that would last 15 minutes,” Donna adds. “No one was doing that. And Bill was absolutely fearless. He was in Saigon. Africa. Iran. He would climb trees and talk to prisoners and fly in planes that should never have left the ground. He knew what it took to tell the story. And he can still retell many of them as if they happened yesterday.”

With Bill’s skills as a storyteller, Donna’s keen and instinctual understanding of ratings, and a collection of some of the best reporters in Chicago news history—Walter Jacobsen, Johnny Morris, and Gene Siskel, to name a few—CBS News was at the top of the heap. “It wasn’t uncommon to see Muhammad Ali or John Travolta walking through our studio. They thought nothing of being in an affiliate market. There was no CNN back then—we were reporting national stories, global stories from Chicago,” Bill adds.

Their work during those years at CBS formed an incredible bond between Bill and Donna that was both professional and personal. “We can’t imagine not working together,” says Donna, who is now the CEO of Kurtis Productions, a venture that evolved into a second vibrant career for the pair. Their years in the newsroom also prepared them well for the philanthropic lives they’re leading today. “There was this sense that if you were on the airwaves, you had a responsibility to the communities you served. Bill led the way in getting himself involved in organizations—30-fold—to help them raise money and build awareness,” she says.

Today, when they’re not opening their beautiful Mettawa weekend home and gardens to local organizations, they’re enjoying the serenity of the surroundings that brought them to the northern suburbs 24 years ago. “This is where we want to be,” Bills says.