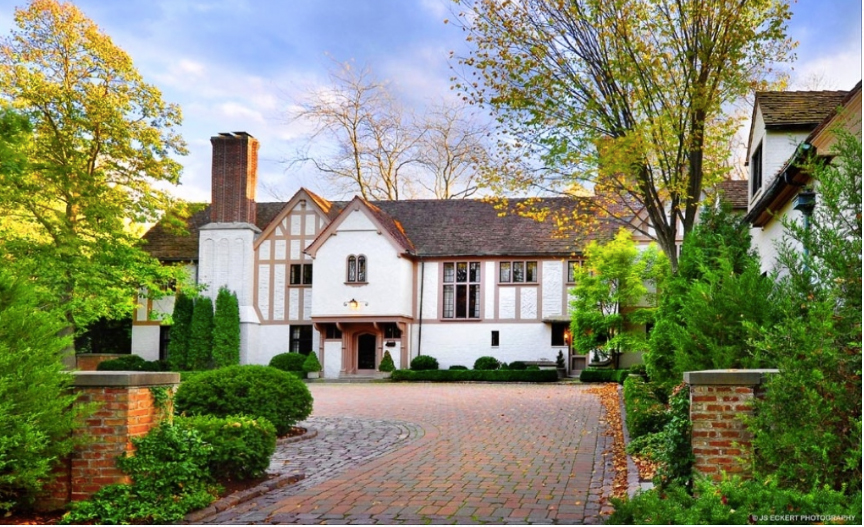 The Hughes estate in Lake Forest

Northwestern Lake Forest Hospital announced that it has received as a donation the Lake Forest home of Nancy L. Hughes — widow of the late movie producer John Hughes — to help in the development of its new hospital building, which is scheduled to open in 2017. Hughes is contributing her 11,233-square-foot-home and surrounding two-acre property on Westminster as a charitable gift.

“John loved the beauty of Lake Forest; I love Lake Forest,” said Hughes in a press release issued by the hospital. “So when the opportunity to help advance the hospital presented itself, it was an easy decision to make.” Her husband was widely known for such 1980s blockbusters as the “Breakfast Club,” “Ferris Bueller’s Day Off” and the “Home Alone” franchise.

“We are very grateful for this generous gift from Mrs. Nancy Hughes,” said Thomas J. McAfee, president of Lake Forest Hospital, in the press release. “It’s because of the support of partners like Mrs. Hughes that we are able to bring health innovation, advanced medical research and quality patient care to our community and Chicago’s north region.”

Proceeds from the eventual sale of the home — whose estimated value is $4.5 million, according to Zillow.com— will benefit the new $378 million facility, which is the largest economic project in Lake Forest history.

Please click on the following links for information about the Lake Forest Hospital Campus Expansion Plan and the fundraising campaign.