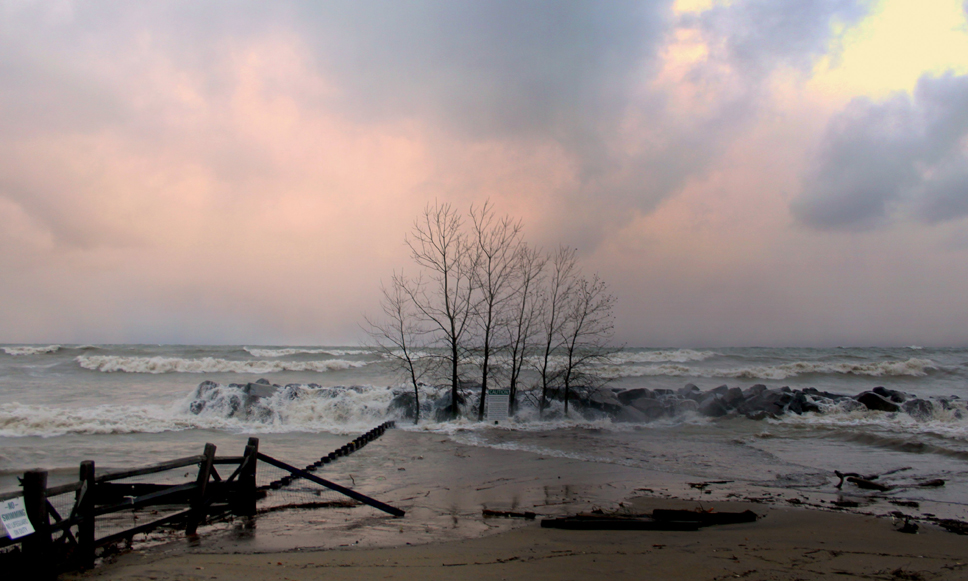 On Friday October 31, high winds and incredible wave conditions caused significant damage to Sunrise Park and Beach, according to a spokesman for the Lake Bluff Park District.

Due to safety concerns the Park District on Saturday temporarily closed access to the beach, including the dog beach, sand areas, stairs, roadway and parking lot. Access will be strictly limited to authorized personnel.

GazeboNews will update the status as the Park District assesses the situation.

The evening’s rotten weather capped off a month of basically average rainfall. GazeboNews “weather man” Carl Noble measured 4.01” for all of October. The average for the Chicago area is 3.86”, he said. Carl keeps track of accumulation for the Community Rain, Hail and Snow Network, aka CoCoRahs.com

The fierce winds, rain and, yes, snow did not put a damper on the Lake Bluff Police Department’s annual Halloween hot dog roast. LBPD Police Chief David Belmonte said: “We had a great turn out again serving over 1,900 hotdogs, chips and Coke Products. We were fortunate this year to have Heinens donate all the hotdogs and buns, Coca-Cola all the soda, Two Paws Up Dog Training donate dog treats and support from Knauz Motors and Graffiti Grill. … Over all the night was fairly calm with no significant issues.” 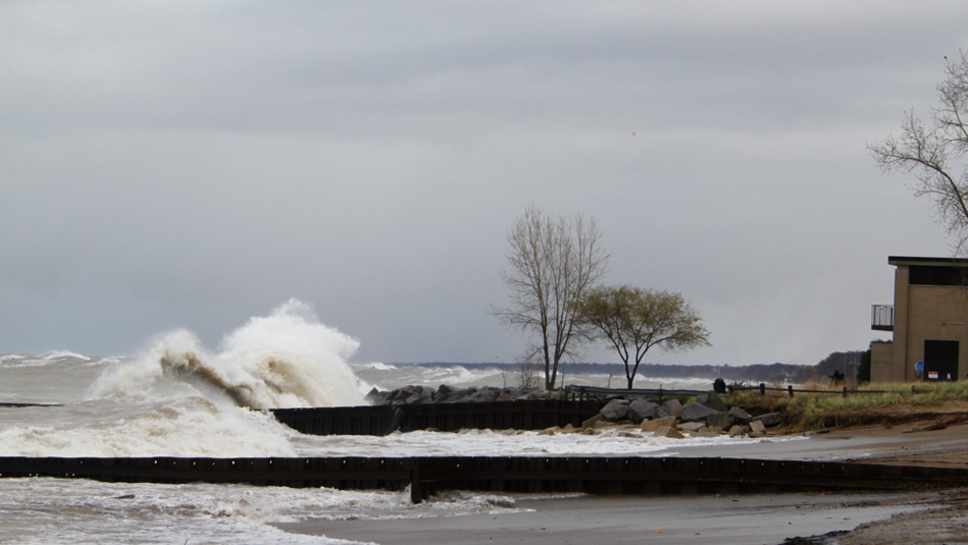