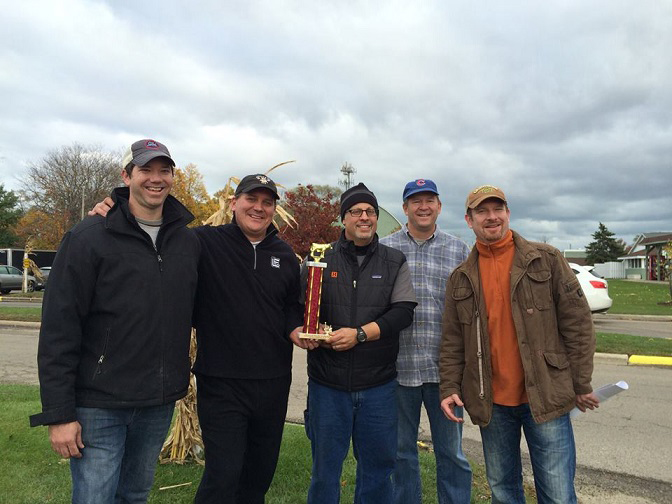 “It’s a huge honor to get a stage call at a KCBS event, but earning a top spot competing against some of the best barbeque teams from across the Midwest was beyond our expectations,” said Boofhead BBQ co-founder Bruce Rylance. “We’ve only been competing for a little more than a year, and to walk away with a victory so close to home, and benefitting the great work being done by the people of Lamb’s Farm was even more meaningful for the team.”

Boofhead BBQ’s most recent win follows their blue ribbon performance at the Lake Bluff Ribfest on Oct. 5, where the team smoked past the field of 17 competitors to take home the title of Grand Champion. Despite the unseasonably cold weather, the 17th annual event brought together hundreds of rib lovers from the local area and raised more than $3,300 for Beef4Hunger, a Lake Bluff-based non-profit organization that provides fresh beef meals for local food pantries.

“We’re a bit of a ‘Cinderella Story’ but it’s exciting to come off two big wins – it definitely fuels our passion for barbeque and, of course, our competitive spirit,” said Boofhead BBQ co-founder Jeff Silvers. “There’s something special about each one of these events in working together as a team, sharing stories, techniques and good food with other competitors, and benefitting charity organizations in our community.”

For more information on the team’s latest adventures and upcoming events, follow the Boofhead BBQ team on Facebook.