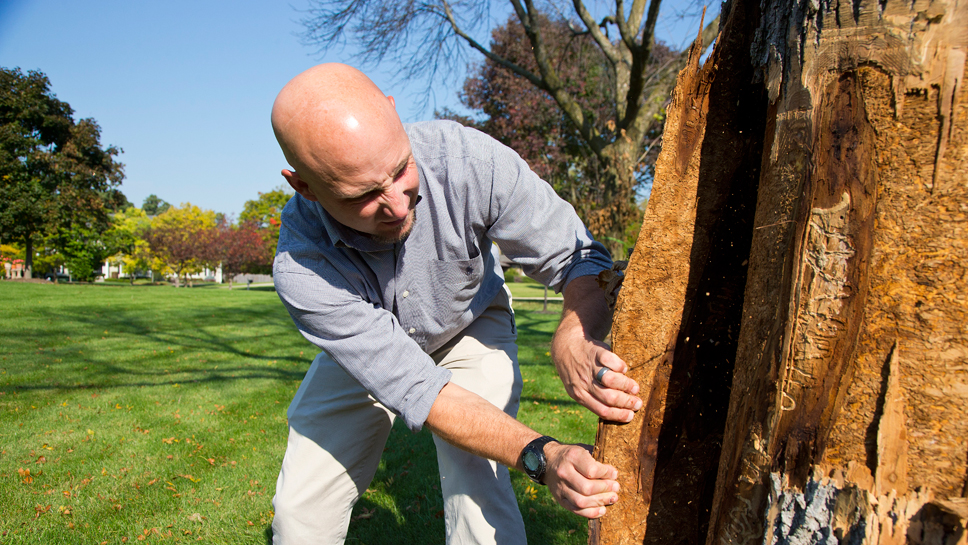 Empty branches, felled trees, naked stumps on just about every block: This has been a terrible year for trees.

Since June alone, Lake Forest’s forestry department has identified more than 5,600 public and private ash trees that need to come down in addition to the thousands of trees the city has already lost since the emerald ash borer was detected on June Terrace in 2009. In Lake Bluff, where ash accounts for about 10 percent of the public forest, 600 trees await the buzz saw.

The emerald ash borer problem has been building since the invasive pest arrived in Michigan in 2002 and spread to Illinois a few years later. But the visual of so many newly chopped tree stumps lining North Shore streets is jarring.

“What’s happening now is no surprise, but we knew it would be a shock to homeowners — and that is exactly what is happening,” said Kathie Hayden, plant information specialist at the Chicago Botanic Garden in Glencoe.

Though the emerald ash borer is by far the most significant scourge on local trees in decades, it is not the only problem. Last winter’s bitter weather and droughts from previous summers have stressed sugar maples. Dutch elm disease continues to threaten elms, and other fungal diseases are affecting spruce and pines to the point that many are dead or dying.

The emerald ash borer problem is placing financial pressure on North Shore municipalities that pride themselves on their Tree City USA status. 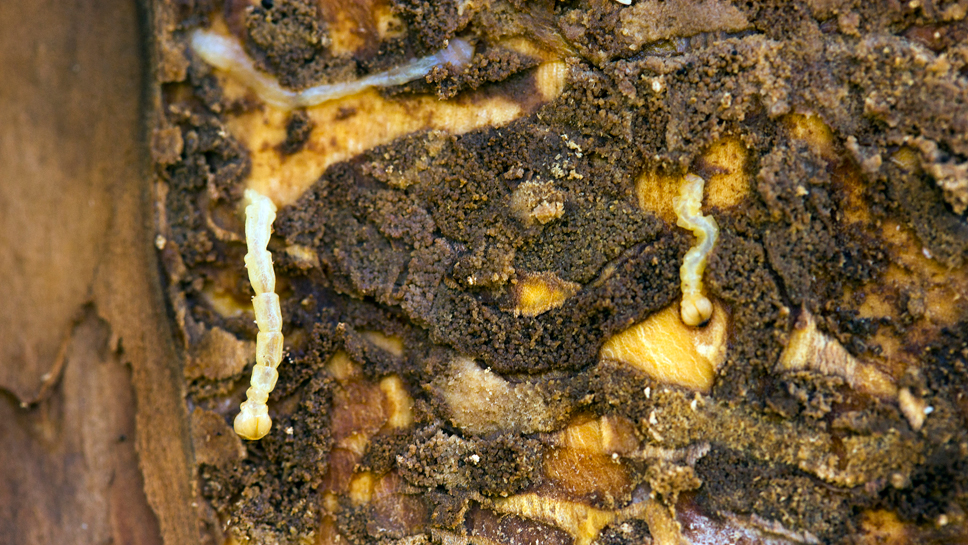 He said the forestry staff was unable to meet its goal of removing 600 trees a year on its own because of other commitments, such as the BMW Championship Golf Tournament. As a result, Lake Forest has contracted with Kinnucan and others to remove 232 public property trees in 2014 and 2015. In addition, Lake Forest is spending nearly $30,000 annually to chemically treat 650 ash trees in 2014 and 2015.

Homeowners are feeling the stress of tree-removal fees that can range from $500 for a small ash tree to more than $1,200 for a huge one. And that’s when the tree is still showing signs of life. Removal of failing or dead trees can cost 50 percent more, says T.J. Blockhus, arborist at Kinnucan.

“The only time we treat them is if we see an ash tree with at least 75 percent of its full canopy,” he says. “Once the tree is showing signs it has the borer it’s too late to treat.”

John Houde, Glencoe’s Building and Zoning administrator, says the 1,185 ash trees on the village’s public parkways in 2010 have seen a dramatic drop. The number has reached 758 — and it’s plummeting.

“This summer and past winter were when most of those were removed,” says Houde.

Though other communities around the North Shore have adopted a fast removal strategy, clearing out dead ash trees as soon as they are identified, Glencoe has not. While that was an effective strategy to curb the spread of the Dutch elm disease — and the forestry department of Evanston benefits to this day for doing so —Houde says this doesn’t apply to the emerald ash borer, which can lay up to 200 eggs within the crevices of the tree’s bark and hatch within two weeks.

The emerald ash borer was first discovered in Wilmette during the summer of 2006. The village has removed and replanted hundreds of ash trees that were confirmed infested with the beetle.

Unlike Dutch elm disease, the emerald ash borer infestation “has the potential to completely remove all native ash with devastating economic and ecological impact,” warns Galen Gates, associate professor at the Illinois Institute of Technology and a horticulture specialist. “It is the most destructive and economically costly forest insect to ever invade North America.”

When Cliff Miller would watch the migratory patterns of hawks from the observatory tower at Lake Forest College years ago, the ash trees would obscure everything: buildings, cars, any semblance of society.

Now, he worries they may be extinct in our lifetimes.
“A whole village can lose every ash it has,” notes Miller. “We’re losing a significant element of our forests.”